‘In the stories there was dignity, there was hope,’ Says Dance Choreographer 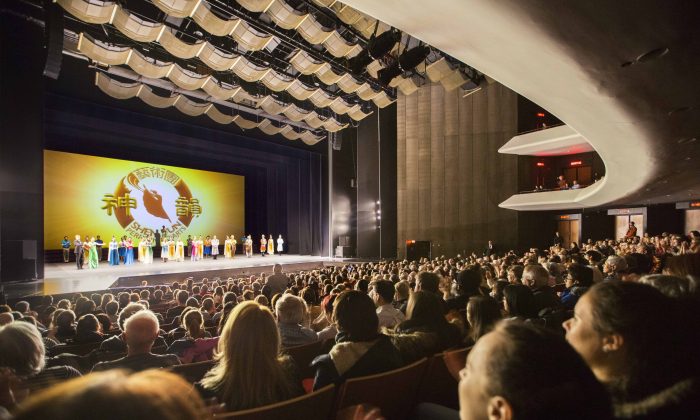 “I really got the idea of them presenting their culture, the story, the history, and just a little bit of everything. … There was laughter, there was drama.”

“In the stories there was dignity, there was hope. I saw loyalty, I saw love, compassion.”

“There’s a lot of respect for what’s above, a higher being. I think it’s the base of the culture.”

“I think the [traditions and spirituality are] important to show because the generation today has different upbringings. So going back to the roots, to things from many, many years ago, is very good. It opens the eyes and it brings back what used to be to a different generation. I think it’s very well portrayed, and definitely, as spectators, we understand this when we’re watching the show.”

“It was very well put together. … You see the narrative part, you see the professional technical dancing, you see a little bit of theater. … It’s really all combined together, which makes it very interesting. … The formations are very interesting as well.”

“When [the emcees] introduce the story, it’s very good because it gives us an idea of what we’re going to see. We don’t know each story, so the introduction allows us to understand, and then the dancing really projects what was introduced.”

“The orchestra was beautiful, the live music is just amazing. It’s everything in one show, so much in one show.”

“[The erhu is] beautiful, outstanding. It’s unbelievable that it has just two strings.”

“My favorite was the dance with the pink napkins [‘Soaring Handkerchiefs’], [both] visually and the technicality behind the training. You can see they put in a lot of time to train. Visually it was very, very impressive.”

“The costumes with the gold and the lighting [in ‘The Divine Renaissance Begins’]—very divine. It was very nice to close with this because it wraps up the whole concept of the show.”