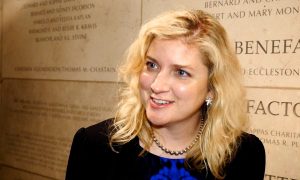 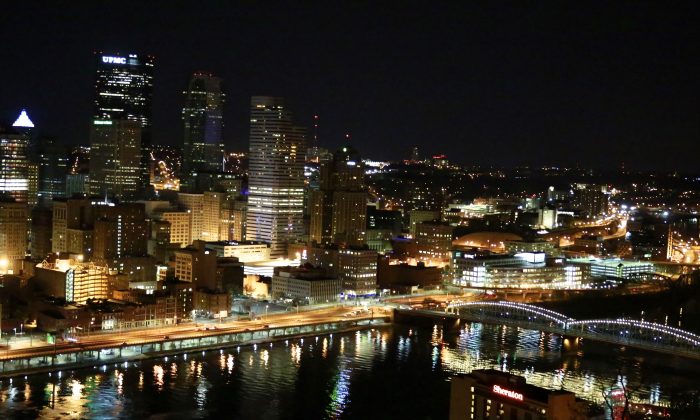 PITTSBURGH—Costume designer Patricia Dirling attended a performance by Shen Yun Performing Arts at The Benedum Center for the Performing Arts in Pittsburgh, Pennsylvania on the evening of April 25.

After the performance, Ms. Dirling said: “I wish I could go back and feel the fabric and see the textures and the textiles, and how they were incorporated. Extremely beautiful.”

Shen Yun is the world’s premiere classical Chinese dance and music company. All the costumes for its four touring dance companies are handmade.

The clothing enhances storytelling in Shen Yun’s pieces. In the women’s dances set in the palaces of ancient China, wide flowing sleeves give a feeling of elegance and grace. In the mountain plateaus of Tibet, men use their long sleeves to dramatic effect. Other times, green and pink ensembles transform the female dancers into springtime blooms. All this is achieved by adapting traditional Chinese couture designs to be functional onstage.

Most of the ones Ms. Dirling saw are new designs for each this season’s program. Shen Yun features new programming every year.

Ms. Dirling has worked in costume, bridal wear, and has designed children’s wear. She said she wants children to see Shen Yun’s uplifting message, one which is based in the traditional principles of truthfulness, compassion, and forbearance. In the dances, one can see acts of kindness, cooperation, and redemption.

“That’s why that I’d love to see that children see this, so maybe they can get over some of the anger that they have,” she said.