In a World of Light Versus Dark, Foundation Head Says Shen Yun Is the Light 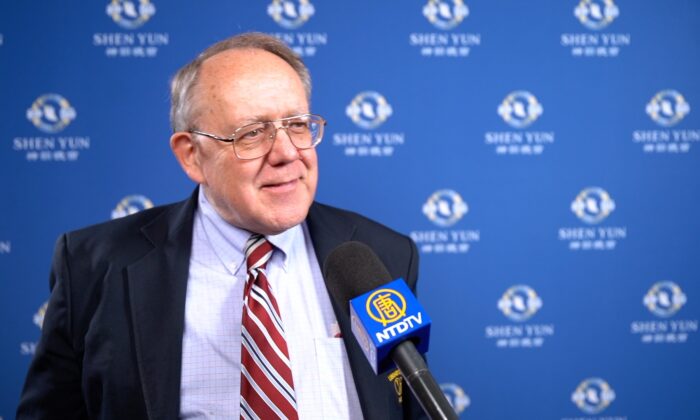 MILWAUKEE, Wis.—Chuck Theusch had read plenty about Shen Yun Performing Arts before he came to see one of the performances. The popular classical Chinese dance performance has certainly generated buzz, with reviews and rumors abound online. Reading about it made Theusch interested in what political and religious themes the performance would be about.

After attending a performance at the Miller High Life Theatre in Milwaukee, Wisconsin, on Feb. 1, 2020, Theusch said the theme was about “light versus dark,” and it resonated deeply with his life and work.

“It’s the universal values that touches me because that is also what I believe,” Theusch said. “It rings true with me.”

New York-based Shen Yun was formed in 2006 by artists from around the world who shared a wish to revive traditional Chinese culture. It is a divinely inspired culture that has been under attack in China since the communist regime came to power and launched systemic campaigns to root out traditional art and culture as with the Cultural Revolution.

Theusch heads a foundation that builds libraries in Vietnam, Laos, and Cambodia—he has run into communist groups trying to censor and put out the light, sometimes literally, of the libraries they build.

We live in a world of light versus dark today, Theusch added, and what he saw in the themes of Shen Yun was light.

“It’s really enlightening; it’s also an opera with a message,” Theusch said. He saw themes of being good to one another, turning the other cheek, integrity, and other selfless values that lead to a happy life; themes that Theusch says resonate with people across all religious backgrounds.

“What is enlightening is freedom,” Theusch said. “Freedom is what we fight for.”

Sometimes that fight comes in the form of building a library, and turning on the lights, and suddenly an area that never had access to some information because of its government can “reach out for an openness and a light,” he said. “That’s just my personal observation.”

So in Theusch’s eyes, Shen Yun’s fight for freedom by spreading light and enlightening audiences around the world with the 5,000-year divinely inspired culture rang true.