Interior Designer at Shen Yun: ‘I Would Have Come for the Music Alone’ 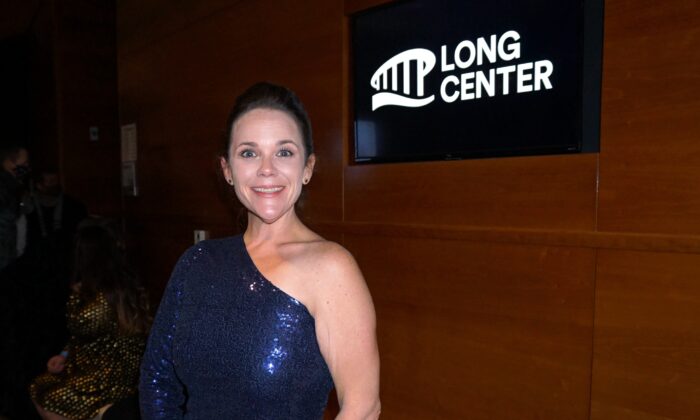 AUSTIN, Texas.—The music of Shen Yun Performing Arts isn’t just the beat that the dancers move to. The live orchestra is a unique experience that many in the audience feel connected to as they enjoy the performance as a whole.

It activates your heart. It brought tears to my eyes.
— Candice OShea

“The music itself would have been enough to get me through the door. Absolutely,” said Candice O’Shea, an interior designer. “I would have come for the music alone. Amazing. It activates your heart. It brought tears to my eyes.”

However, it wasn’t just the music that made an impact on Ms. O’Shea. She felt that the production made an impression on her at a much deeper level.

“It resonates so deep with my soul. Yes, absolutely. We are all from God or Buddha. It doesn’t matter what you say that source is. We are all from there. And we are all here to experience each other. That’s exactly the message that this show is sending.”

“I feel like my heart is just radiating,” she added.

New York-based Shen Yun is dedicated to depicting China before it was impacted so deeply by communism. The company draws on inspiration from the divine, as well as classic Chinese literature, and China’s different ethnic groups.

“I had no idea that China was suppressing people like that. I didn’t know that this is true. It is jaw-dropping because we don’t face that here,” Ms. O’Shea said.

“I never would have thought that these people are suffering through this right now in 2022—crazy. It’s crazy. And the depiction of the belief system that we all come from above resonates with me. Absolutely we do.”

“The music is incredibly beautiful,” Mr. Castillo said. “It’s breathtaking. Hearing it live is much more moving to the spirit.”

Shen Yun’s orchestra is comprised of classical symphonic instruments as the main body with traditional Chinese instruments, such as the pipa and erhu, being highlighted throughout the pieces.

“When I heard the pipa for the first time, just the sweetness of the sound, it really spoke to me. Just the gentleness of it. I couldn’t imagine how beautiful it would sound up close. I can’t wait to tell my students about it,” he said.

He also shared his support for Shen Yun’s mission to revive China’s 5000 years of civilization.

“I think it’s very important because we just kind of get bogged down in our day-to-day work at home and family, but to learn about a different culture and how it’s been passed down, and it’s still being celebrated today. I think it’s a great awakening for us just to realize it—that this is still going on. This happened thousands of years ago, and it’s still being passed along today. All these performers are so, so blessed to be able to do that.”