‘I Was Just Covered in Goosebumps!’

Audience in the U.K. respond to Shen Yun's opening night 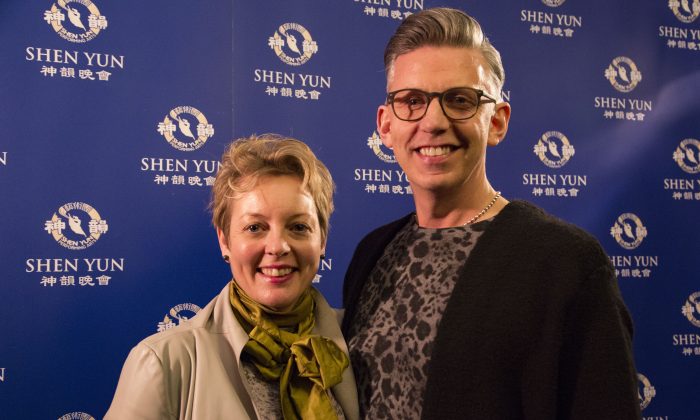 BIRMINGHAM, United Kingdom—Shen Yun embodies authentic Chinese culture, a culture that is said to have been passed down from the heavens, according to the Shen Yun Performing Arts website. And for some in the audience at the ICC Birmingham, this connection with the divine was palpable.

For 5,000 years, China’s divinely inspired culture was passed on through dance, music, attire, literature, and customs. Ms. Cook said the elegance and grace of the ancient traditions portrayed on stage was “exciting but peaceful at the same time”.

“I pretended I was sat on a throne and that they were dancing for me and I was a queen. It’s that sort of feeling that you get,” she said.

In the past, classical Chinese dance would have been performed in the imperial palaces, theatre, and opera. “Soaking up profound wisdom from every era and dynasty, it has become a complete system of dance embodying traditional aesthetic principles with its unique dance movements, rhythms, and inner meaning,” the Shen Yun Performing Arts website states.

It is deeply expressive, combining graceful moves with athletic flips and spins.

“I was just covered in goosebumps watching it, watching the men dance and the sound and the orchestra – it was just lovely,” Ms. Cook said.

The Shen Yun Orchestra is unique in that it harmoniously combines Western and Eastern instruments, performing scores composed specially for each dance. “The things that Chinese music is capable of expressing are both lofty and profound,” states the Shen Yun website.

“The Chinese music is so ethereal. You would think you are not on earth … in a different dimension,” she said.

She was particularly touched by the Chinese two-stringed instrument – the erhu. It is an instrument that has been described as being closest to the human voice, and in the hands of virtuoso Lu Sun, it produces a haunting and uplifting melody.

“It transports you … you would think you are with the angels,” Ms. Cointrel said.

“It’s an occasion that’s going to remain with me for quite a number of years … it was so touching.”

“It’s once in a lifetime experience,” she said.

As well as the orchestral music, solo singers perform songs in Chinese using the bel canto tenor and soprano technique. The lyrics of the songs are original works that are “brimming with philosophical reflection about human life and containing deep layers of meaning”, says the Shen Yun website. They are projected in English onto the backdrop for all to enjoy.

Graphic designer Ellie Sunley was moved by the words of the song “The Mission” performed by soprano Tianling Song, which talks about a purpose greater than just our ordinary lives.

“The words were very poignant to me,” said Mrs. Sunley. “We need to connect more with earth and with our spirituality. We are connected to the universe, we are part of the universe, so it’s nice to see a culture that embraces that.”

I think I’ve been touched by heaven!
— Jean Smith

This sentiment was echoed by another audience member, Jean Smith, retired, who said she felt enlightened by Shen Yun’s performance.

“I knew I was going to see something special but I never realised that it would be so special, so beautiful. I think I’ve been touched by heaven!” said Mrs. Smith.

“I almost can’t put into words how I feel.”

The performance also opened Mrs. Smith’s eyes to the fact that Shen Yun cannot perform in China. The hosts of the show explained that it’s because of the Chinese communist regime’s suppression of traditional Chinese culture and beliefs.

“It was amazing, absolutely amazing, and I shall definitely come again to see it.”