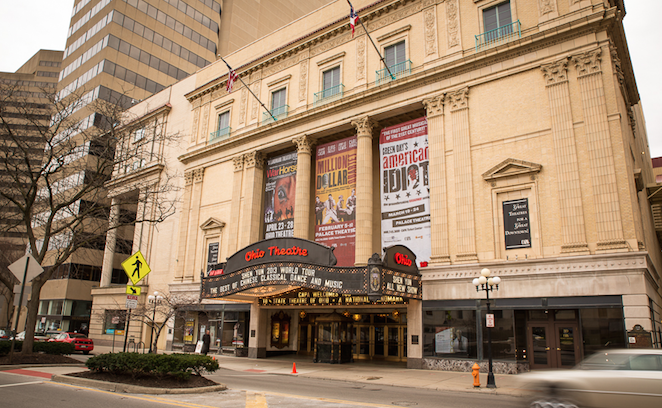 ‘I love it’ Says Financial Planner About Shen Yun

COLUMBUS, Oh.—Joe and Julie Moyer’s introduction to Shen Yun deeply impressed them. They saw the premier Classical dance and music company perform at the Ohio Theatre on April 16.

At intermission Mr. Moyer said, “I love the show.”

“So far, the show has just been stunning and beautiful,” said Ms. Moyer. “The music has just been fantastic. I have enjoyed it very much.”

It was their first time to see Shen Yun and they were awed. “Its been wonderful, thank you,” she said.

The Moyers are owners of a financial planning company, Moyer Financial Group.

According to its website, Shen Yun wants to bring back the divine culture that flourished in China for 5,000 years. Through dance and music Shen Yun brings legends and history to life on the stage.

“Stunning and beautiful,” said Ms. Moyer “and the music has just been fantastic. I have enjoyed it very much.”

She was impressed not only with the dancing but also the hundreds of handmade costumes. “The costumes have just been so beautiful, and the dancing is fantastic. It’s so precise and yet so dynamic … It’s so different and very beautiful.”

The heart of Shen Yun is classical Chinese dance know for it flips, jumps, movements and expressions.

“The athleticism of the people, it’s like they weighed nothing,” said Mr. Moyer, who was impressed by the jumps and flips Shen Yun dancers performed.

Mr. Moyer said he also enjoyed the legends and tales told through the dance. And, he got a better picture of Chinese legends as compared with Western mythology, “it was fun to see,” he said.

To set the stage Shen Yun uses a different animated digital backdrop for each of the 20 some dances taking the audience to various places such as the Moon Palace, Mongolian plains, or the imperial palace. Performers also use the digital screen to make impressive entrances and exits, soaring down from the heavens or off into the sky.

Mr. Moyer said he thought the use of the interactive screen was innovative and fun.