‘I liked every bit of it,’ Retired Chaplain Says 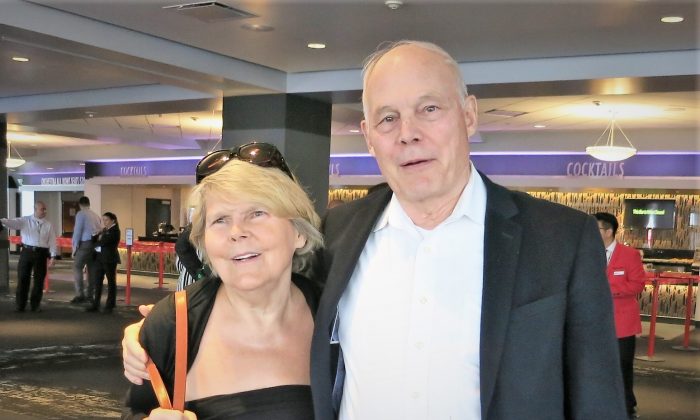 “It was amazing, the women all danced with bare feet. The way they moved was fantastic. The way the whole thing comes across with the color, and the coordination, I really liked it.”

“[The animated backdrop] is clever. We’ve never seen that anywhere.”

“[The program book] gave a lot of insight into what they were trying to express there. I really appreciate that.”

“It’s pretty indescribable. But I would describe [to friends] some of the dancing and describe some of the stories they’re trying to tell, and talk about the color, acrobatics.”

“There were some points which it warms the heart … [in] some pieces in the [performance], particularly some of the songs where the words were coming up [on the screen], with the philosophy of the group there. That was cool. I think that’s helpful.”