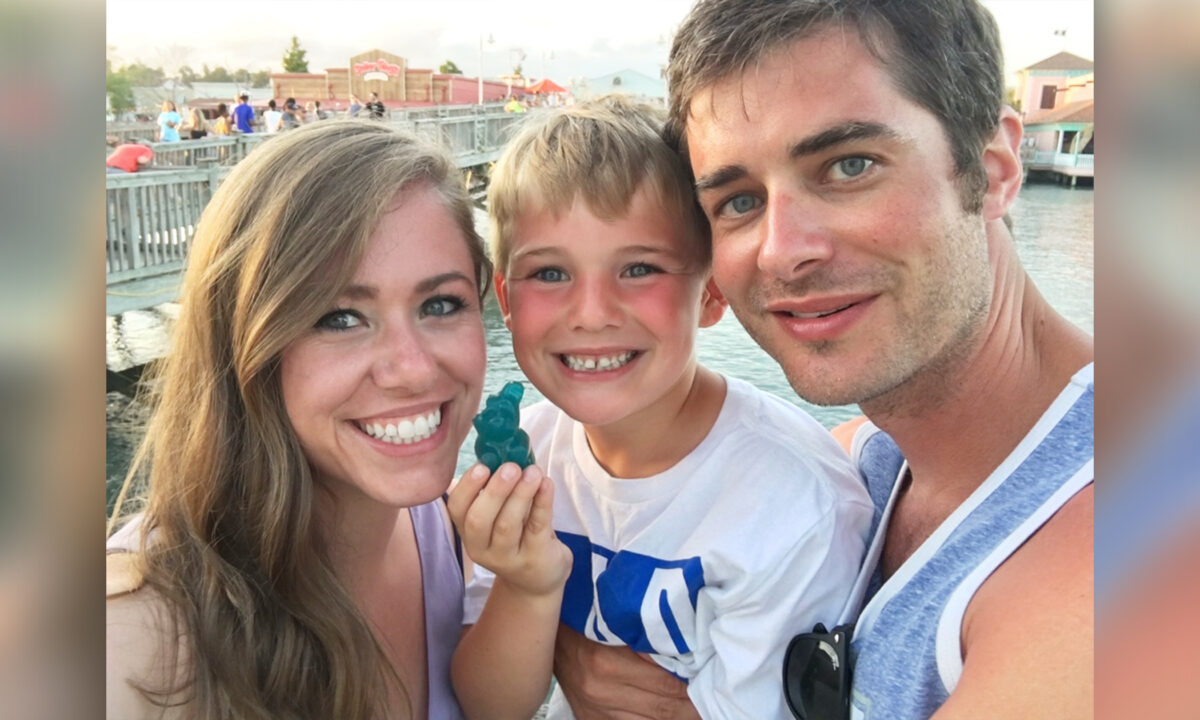 ﻿’I Just Wanted to Call Him Dad’: Boy, 11, Shares Journey of Being Adopted by Stepfather

For an 11-year-old boy from Cincinnati, Ohio, who was officially adopted by his stepdad into their forever family, this special day meant the world to him.

“I’d been waiting for it for a long time,” Connor Julian told The Epoch Times. “When the judge said I was officially adopted, I burst into tears because I was just so happy and relieved that it happened.”

There is no doubt that the preteen shares a great bond with his adoptive father, Derek Julian, 43, but the story of how they became a family is a touching one.

Derek met his wife, Sarah, now 34, for the first time 14 years ago when he was working at a college and she was enrolling in a medical program. Soon, they became friends and eventually dated for a period of time. Although they separated, the two of them continued to remain friends over the years.

When Derek’s grandmother, whom he was close to, passed away due to brain cancer and Sarah’s father died in a motorcycle accident, the two got closer after having faced tragedies of their own.

While Derek had spoken to Connor, then 6, on the phone and on FaceTime, he only met him in person for the first time on Christmas Eve in 2016.

“It was Christmas Eve and Connor knocked on my door,” Derek said. “We ended up spending a couple hours together, me, him, and Sarah.”

After playing games and watching a movie, it was time to leave, as Sarah and Connor had another family event to attend that day.

“We had so much fun together,” Connor recalled, “and when we were leaving, I was very upset.”

Despite only just having met each other for the first time, Derek and Connor had bonded so well that Sarah had to turn the car around because Connor wanted to give Derek another goodbye hug.

From then on, the trio started spending more time together, and Derek and Connor’s relationship grew only stronger. When Sarah and Derek went out on dates, Connor would join them too.

“He was always a really good kid to take out to dinner,” Derek said. “If we would spend an hour and a half or so in the restaurant, he’d sit there and color or play and really give Sarah and I time to talk to each other and reconnect. We just kind of became an instant family, the three of us.”

Derek also began coaching Connor in baseball; something they bonded further over. One day, as Connor and Derek were going out, Connor popped up an unexpected question to Derek, asking him if he could call him Dad.

“I felt like I’d known him a lot longer than I actually had,” Connor said. “We shared so many memories that I just wanted to call him dad.”

“I, too, really wanted it,” said Derek, “but I couldn’t say yes without talking to his mom first.”

As Derek spoke to Sarah that day, she explained to him that she was okay with it, but didn’t want to pressure him.

Derek and Sarah didn’t tell Connor anything for a week, but Connor couldn’t seem to let the matter go and asked Derek again, and that’s when Connor began calling him Dad.

“I feel like it makes our relationship 10 times stronger,” Connor said.

A few months later, Sarah and Derek tied the knot on Oct. 13, 2017, in the picturesque setting of a Christmas tree farm, with Connor playing an important role.

“We called Connor my best son,” Derek said. “So he was kind of one of the best men at my wedding as well.”

Connor recollects this special day as being emotional for all involved.

“We were all just so happy,” Connor said. “And every day from that point on, our family just got happier and happier every single day.”

As soon as the couple got married, Derek knew he wanted to adopt Connor officially and Connor wanted the same.

However, there was a process that couldn’t happen overnight, Derek said, although Connor wished otherwise.

Meanwhile, Connor had already begun writing Derek’s last name in school on all the papers. When the teacher questioned him, he told her that he wanted to change his last name to Derek’s and wanted to be adopted.

The couple also spoke to Connor at length about adoption and made sure that he understood what it was. The entire process took at least four years.

“I had to contact the biological father,” Derek said. “He and I sat down for a couple of hours, and I told him how much I love Connor and how much this would mean to him and our family.”

Connor’s biological father then called Connor to ask if that was what he really wanted, and signed over his rights to Derek. Once he had agreed, the process sped up and Connor’s adoption became official on April 5, 2021.

As the day rolled in, Derek said, the family was really excited.

“In fact, the first words that Connor said was, ‘I get adopted today,'” Derek recalled.

Due to COVID restrictions, the procedure didn’t happen in a courtroom, but in the lawyer’s office.

“The judge was asking us questions and neither of us had it together; we were a complete mess, with tears streaming down our faces,” Derek recalled.

For Connor, the adoption meant so much to him as he had waited for it for so long.

The family has also grown since welcoming baby Everly in April 2020, and Connor helps in caring for his baby sister.

“Sometimes if she’s crying, I just walk around the restaurant with her,” said Connor, who adores being a big brother.

Apart from being a really happy family, Connor and Derek also make funny TikTok videos together and have a massive following on social media. Seeing the father-son duo together, people are surprised upon learning they aren’t biologically related, Derek said.

“They don’t believe it a whole lot of times. A lot of people think Connor looks like me, especially the eyes” he said. “At baseball, we would tell people and they’d say, we would never have guessed that.”

Sharing more about each other’s personalities, Derek said: “Connor is very outgoing, and he can talk to just about anyone.”

He also added that Connor is a very kindhearted kid and doesn’t possess a mean bone in his body.

Connor, meanwhile, said that he’s extremely lucky to have such a great dad who is both loving and kindhearted.

The little boy also has advice for those in a similar situation as him: “You shouldn’t try to rush adoption … The more you try to push, the longer it’ll feel like it’s taking. So just let it happen on its own.”