‘I Got So Many Goosebumps,’ Says Illustrator After Watching Shen Yun 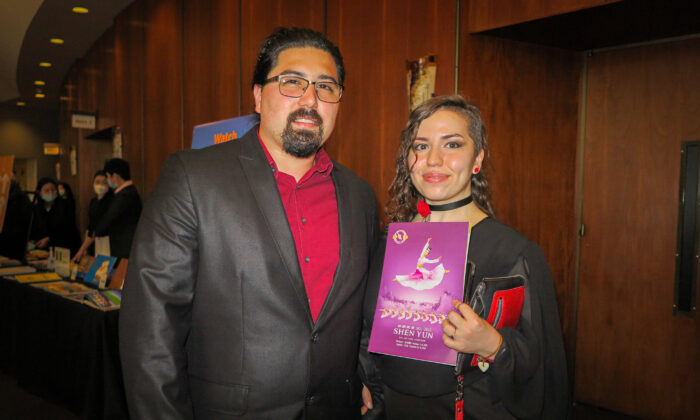 PORTLAND, Oregon—It was an emotional moment for Ladonna Rios, a freelance illustrator, when she saw Shen Yun Performing Arts at the Portland Keller Auditorium on Oct. 9.

“It was so beautiful, I got so many goosebumps,” she said. “I almost cried once—it was very moving.”

Based in New York, Shen Yun’s mission is to revive China’s ancient culture. It presents stories from different dynasties and tales of virtue and morals through classical Chinese dance and music.

Some of the dances depict the modern-day persecution of the qigong practice of Falun Dafa, which is a spiritual belief based on the universal values of truth, compassion, and tolerance.

The dance depicting the persecution [of Falun Dafa] in China broke my heart, Rios said.

“I don’t think [Chinese traditional culture] is something that should be lost … I feel [Shen Yun] should be able to do what they’re doing without fear of persecution. I think it’s important for them and their culture, and I’m really glad that we get to experience it with them,” she said.

“It was very interactive. [The characters] were jumping into the screen … it was seamless,” Rios said.

I waited for years to come see the show and I finally got to go. I’m so excited.
— Ladonna Rios

“It’s just an amazing experience and everyone should experience it at least once. I waited for years to come see the show and I finally got to go. I’m so excited,” she said.

“I couldn’t believe how beautiful it was,” said Krishna McArthur, a writer, who was also in Shen Yun’s Portland audience.

“The vibrancy of the costumes and the grace of the dancers were just beautiful,” she said.

McArthur left the performance deeply touched by the portrayal of the spiritual aspect of China’s ancient culture.

“I think people leave something like [Shen Yun] feeling uplifted and hopeful,” she said.