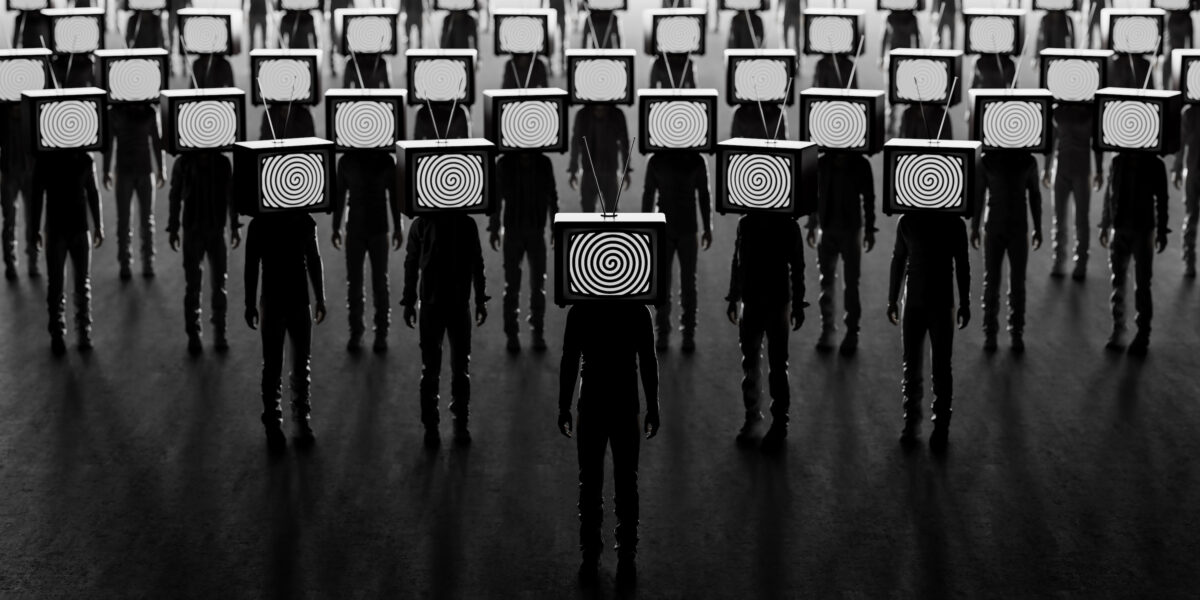 This is an excerpt from Brandon’s latest book, “Cancer, Stress & Mindset: Focusing the Mind to Empower Healing and Resilience,”

Hypnosis is a state of consciousness marked by increased awareness and suggestibility. Despite being a favored technique of magicians, illusionists, and mentalists, hypnosis isn’t all that mysterious. A captivating book or movie drives attention to the exclusion of other outside stimuli, and the reader/viewer may experience emotions associated with the characters. That is suggestibility we allow into our experience as an observer.

Research into the physiological influence of hypnosis has experienced a renaissance with the advent of psychoneuroimmunology. Reduction in cancer-related pain, immune regulation, and lowered stress are all benefits attributed to hypnotic interventions.1,2,3

My first time seeing hypnosis in action was at the Meadowlands Fair in north New Jersey, where I grew up. One summer we attended the performance of stage hypnotist Steve Bayner. What followed would amaze my young, impressionable mind—normal people were made to do utterly silly things such as bark like a dog or waddle like a chicken. Men were stripping off their shirts despite it being a cool night because they believed they were on a tropical beach.

The process was always the same. Bayner turned on a blue light above the stage, told the audience to focus their gaze on the light, and verbally guided those who wished to participate through a process of gradual relaxation. I never did this, always looking around at the people who were becoming entrained by Bayner’s voice. Sure enough, folks in the audience slumped, closed their eyes, and were deep into a hypnotic state by the end of the induction process.

At this point, Bayner “woke” everyone up and invited those who wished to take part in the show on stage. This step in the performance is key. Not only did the invitation ensure that the most susceptible audience members appeared on stage, it also served as consent. Permitting oneself to be hypnotized is a precondition for success.

Someone who wasn’t following the induction instructions could sneak up on stage, but Bayner had a way to weed these people out, leaving only those who were truly hypnotized. The show went on, and we laughed the entire way through at the antics of the participants.

A skeptic of such performances may suggest that the people on stage were planted in the audience or that they were random people with a penchant for acting. If I had any doubts about the power of hypnosis, they were completely wiped away when I became the one on stage.

I was never brave enough (or old enough) to get on stage at the fair, but I had my chance as a young adult with one of the greats in the world of hypnosis. The Amazing Kreskin of late-night-TV fame was visiting his hometown of Montclair, New Jersey, and my brother got two tickets to a single performance in a small venue.

Kreskin was outspoken in asserting his belief that the hypnotic state does not require induction through relaxation to be achieved. Such a process is helpful but not required. Hypnosis is predicated on the concept that the mind is inherently open to suggestion. We are doing it all the time, hypnotizing ourselves with our beliefs. If you need convincing of this, watch the recorded performance Miracle by contemporary mentalist, illusionist, and hypnotist Derren Brown.

Brown, a confessed atheist, uses the language and theatrics of a faith healer to produce seemingly miraculous reductions in pain, resolution of tinnitus (ear ringing), and improved vision in his audience. Brown’s incredible showmanship is a case study in suggestibility through a number of avenues, culminating in an impressive display of mind over matter in the experience of the participants. Similar to Kreskin, Brown does not rely on a formal induction process and gradually captivates his audience’s attention over the course of the performance to maximize suggestibility.

This is exactly what I experienced observing Kreskin. The first half of the show was a mix of mentalist acts and magic. Everyone watched and laughed; no one was slumped in their chair in a hypnotic stupor.

The second half of the performance began with Kreskin inviting anyone who wished to participate up on the stage. I don’t know what compelled me, but I stood up and walked onstage. Remember that no one had been “hypnotized” at this point, at least, not in the same way I witnessed at the fair.

Kreskin released us from his spell, and my eyelids flew open. Then came the weeding process, testing everyone individually to gauge our level of compliance. He approached me, waved his hands over my legs, and suggested that I would not be able to stand. Alas, I was able to stand and was asked to return to the audience.What happened next astounds me to this day. Once all the seats were filled, Kreskin asked us all to gently close our eyes and suggested that after the count of three our eyelids would be glued shut. One . . . two . . . three—I could not open my eyes! I was equal parts amazed and terrified, laughing and in tears. How could this be possible? At no point did I lose control of my faculties of mind. Yet here I was, unable to open my eyes.

Some time later I consulted with a trusted friend trained in clinical hypnotherapy, who explained that my fear of not being able to stand overrode Kreskin’s suggestion. The fact remained: this guy got inside my head and forever changed my belief of what the human mind is capable of.

Let’s break this experience down to derive what applies to healing through hypnosis. The first conclusion is that the human mind is inherently suggestible, not only to our own beliefs but to the beliefs of others. It is cliche, but the saying “If you think you can, or you think you can’t, you are right either way” takes on a whole new meaning.

Second, choice drives the impact of those beliefs. Being exposed to Kreskin’s or anyone else’s suggestions can only exert influence if permitted. Having my eyelids glued shut was permissible, but being unable to move my legs was not.

Finally, hypnotic suggestion can be subtle. Kreskin was hypnotizing us the entire first half of the performance. Each successful magic trick or demonstration of mentalism strengthened the audience’s belief that Kreskin was a powerful authority figure. We became increasingly more open to his influence, culminating in the amazing response that occurred outside the context of traditional hypnotic induction.

Now consider that you are being hypnotized every day. How might your beliefs be reinforcing or sabotaging your healing efforts? What authority figures are offering a suggestion (or prognosis) that, although coming from a place of genuine care, are exerting a negative impact? Integrative medical doctor Andrew Weil calls this specific (and often unconscious) influence from a for example medical authority figure “medical hexing.”

The medical establishment is incentivized to offer a poor prognosis and hope for the best rather than an optimistic one and be proven wrong as the patient declines. No physician wishes to create false hope in a litigious society. Instead, patients may hear a false “no hope.” Where a positive (placebo) response could have been diplomatically instilled, instead, a negative (nocebo) effect is issued. Communication with patients is a critical skill and the rare subject of continuing education classes.

Holistic healthcare providers are as guilty of this as conventional physicians. I once consulted with a colon cancer patient recovering from surgery and just beginning a course of chemotherapy. He had approached a holistic practitioner whom he hoped would provide support for the medical marathon his body was to undergo. Instead, he hit a wall. The practitioner he turned to in his time of need closed down, condemning his choice of chemotherapy treatment.

This kind of black-or-white bias is unacceptable. What a patient hears from such an encounter is that he or she has to choose sides, or that if you go down one road (chemotherapy for example) that you are making the wrong decision and will not find resolution of cancer. Patient autonomy is critical if self-empowerment is to be realized along the healing journey.

Recognizing the sea of influence to which we are all exposed, we need to be mindful of well-intentioned but insidious suggestions from doctors, friends, and family. A strong mind is needed to counter a meme rife with fear and uncertainty. Hypnosis is one way to do this.

There are several paths available to those wishing to access the body-mind-leveraging benefits of hypnosis. The first is consulting with a hypnotist or medical professional trained in clinical hypnotherapy. Guidance can be tailored to each unique situation and may include in-person sessions of deep relaxation, healing suggestions, affirmations as homework, and personalized audio programs to listen to daily. An alternative to individualized sessions are self-guided audio programs created for a general audience or a distinct patient population, such as the cancer community.

Another option is the do-it-yourself variety of self-hypnosis, or autosuggestion. This has many forms, including prayer, affirmation, and meridian tapping, also known as emotional freedom techniques (EFT). This doesn’t diminish the belief that prayer is communication with the divine, but rather, self-hypnosis is one transformative result of prayer offered with an open heart.

Without getting into a long theological discussion, the simple fact remains that, similar to affirmations, prayer can be offered in a way that reduces stress and bolsters a sense of well-being. Take for example this quote from Reinhold Niebuhr, commonly known as the serenity prayer:

God, grant me the serenity to accept the things I cannot change, the courage to change the things that I can, and the wisdom to know the difference.

Even just writing this text was calming. Stating it aloud with a strong voice and humble heart is empowering. Try it, and if the notion of God offends your sensibilities, replace “God, grant me the” with “I invoke.” Congratulations, you just successfully practiced self-hypnosis.

We are always being influenced; hopefully this discussion has convinced you of that fact. You can either leverage the power of the mind to your advantage or get steamrolled by someone else’s version of your future. 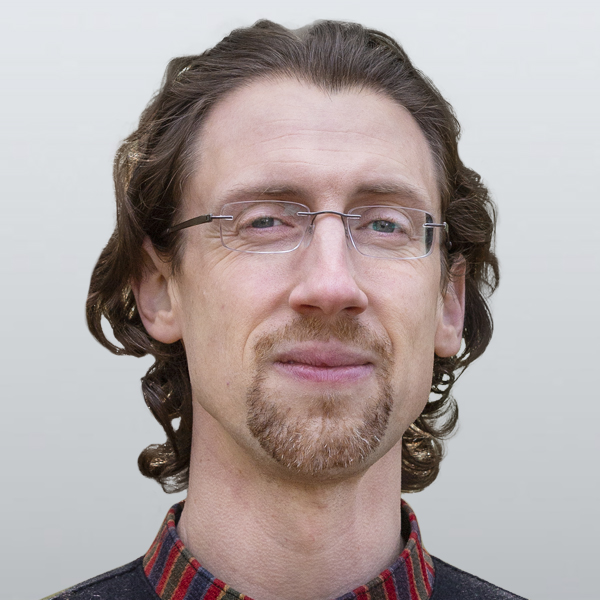 Brandon LaGreca
Follow
Brandon LaGreca, LAc, MAcOM, is a licensed acupuncturist in the state of Wisconsin. He is the author of “Cancer and EMF Radiation: How to Protect Yourself From the Silent Carcinogen of Electropollution” and “Cancer, Stress & Mindset: Focusing the Mind to Empower Healing and Resilience.” He shares his thoughts at Empowered Patient Blog.
SHARE
EmailFacebookTweetCopy Link
You May Also Like 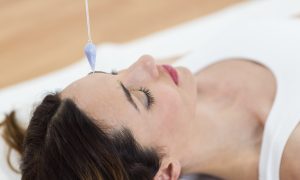 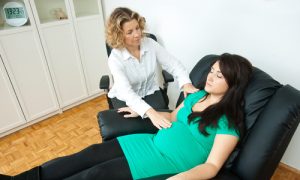 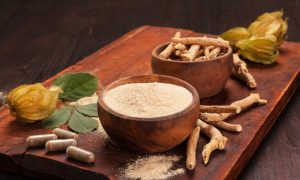