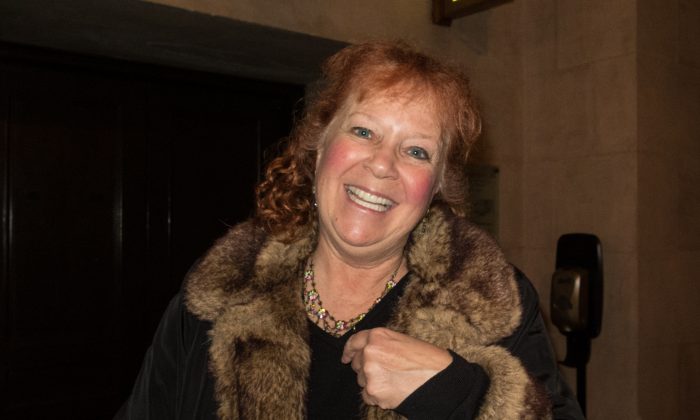 “It put you in touch with human beings,” Ms. Provenzano said after opening night at the Memorial Opera House on Jan. 5.

Ms. Provenzano knew, peripherally, about how the China today does not have the traditional culture of the past, the 5,000 years of divinely inspired culture. But seeing just what it was China has lost, “feeling the spirit of what was happening with this … I’m going to learn more about it.”

China was once known as the Celestial Empire, and its culture believed to be divinely imparted. But since communism took power in modern history, the regime has aimed to destroy traditional structures, art forms, and beliefs. Through music and dance, New York-based Shen Yun aims to revive the traditional culture.

Ms. Provenzano said she was supportive of this group of artists and wants to see “freedom and hope” in China.

“It was really sweet. There were some very sweet moments. It was beautiful,” Ms. Provenzano said. She described several of Shen Yun’s story-based dances where the ancient, spiritual culture was alive even in a contemporary setting. “I really felt the spirit of that.”

For Pat Schultz, recently retired assistant director at the Yountville Veterans Home, the effect was one of happiness.

Ms. Schultz had nearly missed the performance, and said she was so glad that had not happened.

She was happy, she said, because of the culminating effect of “the color, and the spirit, and the beliefs, and the tradition, and the sense of a higher power.”

She said she saw in the music and dance the spirit of the Chinese, and the preservation of that culture and spirit.

“They believe in the goodness of the creator, and try to share that goodness with each other,” she said. “It’s just a beautiful thing. You see it in the dance and you see it in the songs. It’s very touching.”