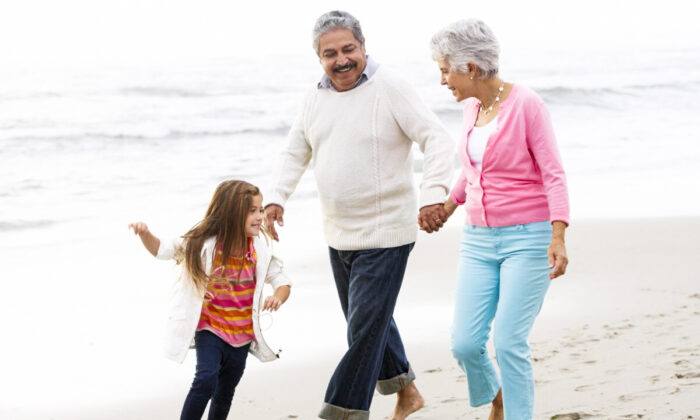 How Zinc Can Boost Your Immune Health

Zinc is essential for the normal development and function of your immune system, as it protects against susceptibility to pathogens, mediates natural killer cells, activates T-lymphocytes, regulates macrophages, and is central to DNA replication.

You have at least 300 enzymes that require zinc to function normally.

The Centers for Disease Control and Prevention has identified several common human coronaviruses that are responsible for upper respiratory tract illnesses, like the common cold. Although a cold is usually a minor condition, it is also responsible for most doctor’s office visits every year.

A cold can last as short as a week, but in children and the elderly, it can last longer. Cold symptoms include a stuffy head, runny nose, sore throat, headache, and sometimes a fever. These are some of the same symptoms of influenza, but the symptoms are often worse and include fever and body chills.

It wasn’t until the work of Dr. Ananda Prasad in the 1970s that zinc was acknowledged as an essential mineral. A decade earlier, Prasad was studying young men who had grown up in Egypt and never attained their normal height.

After supplementing with zinc, the men grew “significantly taller.” In the 1970s, zinc was acknowledged by the National Academy of Sciences as a mineral fundamental to many aspects of health. Prasad collaborated with a scientist from the University of Michigan to demonstrate that zinc influences immunity.

Research in the past decade has identified the crucial role that zinc plays in curtailing the length and severity of upper respiratory infections. A meta-analysis published in 2017 found those who took a zinc supplement of 80 to 92 milligrams (mg) each day at the beginning of cold symptoms saw a reduction in the length of their cold by 33 percent.

Although research has demonstrated the significant positive effect zinc has on the immune system and on shortening upper respiratory infections caused by common cold viruses, further research in 2020 demonstrated that zinc is crucial to immune system function and deficiency may be linked to individuals who have severe COVID-19 illness.

Since the 1970s, scientists have discovered several facts about zinc and how it plays a central role in the immune system. Your immune system is your body’s first line of defense. Whether this is against infectious disease, wound infections, or chronic disease, your immune system plays a crucial role.

Researchers have spent decades studying the different ways that you can support your immune system to improve function. Nutrients play a vital role in supporting your immune system, and one of those nutrients is zinc.

Early and outpatient treatment from the Front Line COVID-19 Critical Care Alliance, contains zinc, as does the protocol recommended and prescribed by Dr. Vladimir Zelenko. Zelenko created a website to facilitate crowd-sourcing medical data from frontline primary care doctors around the world.

There are academics who also support Zelenko’s efforts, including some at the University of Texas, which hosts a download page describing the history and citations behind the Zelenko Protocol. Zelenko and the Front Line critical care doctors used their knowledge of the association between zinc and your immune system to develop their successful protocols. Data has shown:

Campbell describes several functions by which zinc helps protect the body from COVID-19, including helping to stop viruses from entering cells. Zinc also supports the growth and function of ciliary hairs in the respiratory system that move microbes and debris up and out of the airways. These hairs move in a synchronized beat, like rowers in a boat.

One study published in the American Journal of Rhinology and Allergy showed that zinc helps to stimulate the ciliary beat frequency and may help improve mucociliary clearance, which is essential for clearing the lungs of mucous. Another group of scientists found that supplementing animals deficient in zinc affected the length of the cilia and number of epithelial cells in the bronchus.

Research has shown zinc also functions to improve the respiratory epithelial barrier, the “skin” that lines your respiratory tract and is constantly exposed to particles and microbes from the air you breathe. Evidence has shown that zinc influences interferon-gamma, a type of cytokine. Cytokines are proteins that act like smoke signals to alert the immune system to an invader. Interferon-gamma plays a significant role in defending against intracellular pathogens. When there is a reduction in this cytokine, it results in immunological impairment.

While the jury is still out on whether interferon-gamma plays a role as an anti-tumor mechanism, some studies have shown that it does have a positive effect on patients’ survival of certain cancers.

As you’ve likely heard throughout 2020, zinc also has a direct effect on viral replication inside the cells.

A great way to learn about zinc is a short video Dr. John Campbell posted on YouTube. He reviews some of the science behind the association between zinc and the immune system and shares his belief that zinc is one biological basis some people suffer more severe COVID infections.

Campbell points out that many conditions associated with a zinc deficiency are also known comorbidities for COVID-19. These conditions include:

In a short MedCram video posted on YouTube, Dr. Roger Seheult reviews the compelling evidence that suggests how zinc ionophores (a chemical that helps ions cross cell membranes) improve zinc uptake into the cell. This is a crucial component of stopping viral replication. As Seheult explains, zinc cannot easily penetrate the fatty walls of the cell but needs to be inside the cell to stop viral replication.

There are several zinc ionophores that can do the job. In this video, Seheult describes the role that hydroxychloroquine and chloroquine play. Hydroxychloroquine is the ionophore that Zelenko uses in his protocol to move zinc into the cells.

There are also other natural compounds that may work to get zinc into cells, except for perhaps in the most serious cases. Two that have been studied include quercetin and epigallocatechin gallate (EGCG), which is found in green tea.

In a comparative study, researchers evaluated quercetin and EGCG as zinc ionophores. They demonstrated ionophore action on a lipid membrane system and concluded that these polyphenols may raise zinc levels in the cells and have a significant impact on the biological action of zinc.

Interestingly, quercetin is also a potent antiviral, and quercetin and EGCG have the added advantage of inhibiting the 3CL protease. According to a 2020 study in the Journal of Enzyme Inhibition and Medicinal Chemistry, the ability to inhibit SARS coronaviruses “is presumed to be directly linked to suppress the activity of SARS-CoV 3CLpro in some cases.”

Zinc deficiency is not uncommon. Experts believe that about 17.3 percent of the global population is deficient and it is estimated most people over 65 consume just 50 percent of the recommended amount of zinc.

Four common signs that your body may need more zinc:

Early zinc deficiency is largely subclinical—meaning you do not have symptoms that a doctor would treat—yet it does impact the immune system. Although you may be tempted to begin supplementing with zinc, it’s important to realize that your body has an intricate method of maintaining a balance of trace minerals such as copper, iron, chromium, and zinc. The best way to readily achieve proper balance is to get your minerals from real food.

Although it may be necessary to supplement during illness when your body needs more zinc, I recommend trying to meet your daily requirement from foods. These are some of the best food sources of zinc: