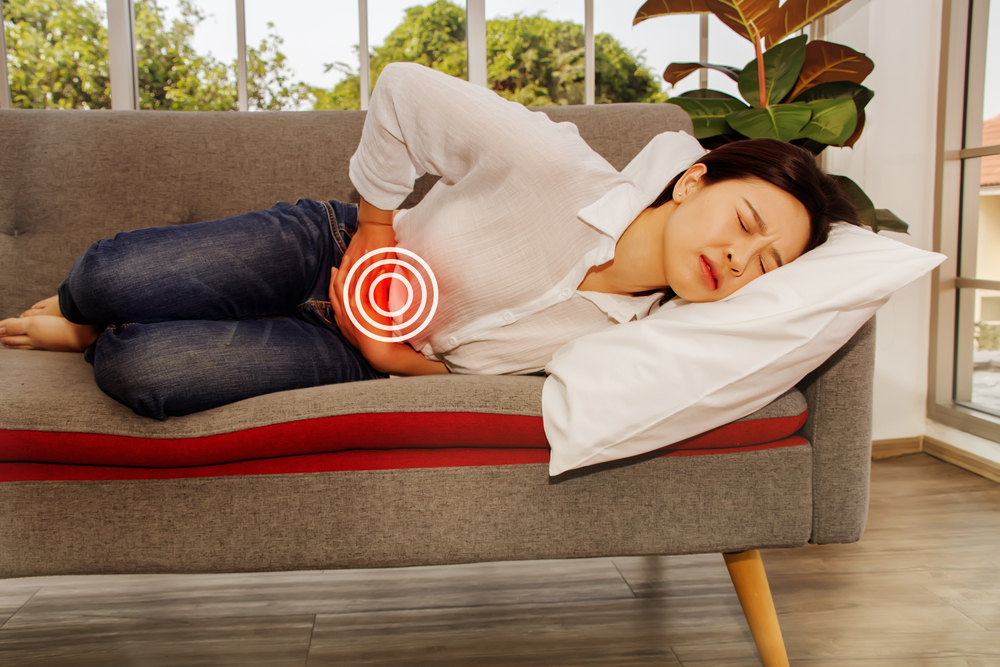 Our food choices have a large impact on our overall health, but its our gut that suffers first, if the foods we eat do not support our microbiome, it can lead to serious digestive issues. (Shutterstock)
Digestion

How to Heal a Leaky Gut with Diet

Our intestinal tract is the largest barrier between us and the environment. More than what we touch or breathe, what we eat is our largest exposure to the outside world. Normally, our entire gastro-intestinal tract is impervious to what is inside of it, allowing our body to pick and choose what comes in or out. But there are things that may make our gut leaky, and chief among them is our diet.

What happens is the Standard American Diet can cause gut dysbiosis, meaning a disruption in our gut microbiome, which can lead to intestinal inﬂammation and a leaky intestinal barrier. Then, tiny bits of undigested food, microbes, and toxins can slip uninvited through our gut lining into our bloodstream, and trigger chronic systemic inflammation.

People were given whole grains, beans and lentils, fruits, vegetables, and nuts and seeds, and got a significant reduction in zonulin levels.

Zonulin is a protein responsible for the disassembling of the tight junctions between gut lining cells, and so it’s a biomarker that reflects an impairment of the intestinal barrier. In other words, zonulin is considered to be a useful marker of a leaky gut. But since adding all those plants seemed to lower levels, that may imply that appropriate ﬁber intake helps to maintain the proper structure and function of the intestinal barrier. But whole healthy plant foods have a lot more than fiber. How do we know it’s the fiber? And the study didn’t even have a control group. That’s why they say gut permeability might be improved by dietary fiber. To prove cause and effect, it’d be nice to have a randomized double-blind crossover study where you compare the effect of the same food with or without fiber––and here we go.

People were randomized to pasta with or without added fiber, and there was a significant drop in zonulin levels in the added-fiber group. So, fiber does indeed appear to improve gut leakiness.

Any plant foods in particular that may help? Curcumin, the yellow pigment in the spice turmeric, can help prevent the intestinal damage done by ibuprofen-type drugs, but that’s in rats. Similar protection was noted for the broccoli compound sulforaphane, but that was in mice. No human studies on broccoli yet, but there was a study on three days of the equivalent of about two to three teaspoons a day of turmeric, which did reduce the gastrointestinal barrier damage caused by exercise. Less may work, too, but no smaller doses have been put to the test.

If you ask alternative medicine practitioners what treatments they use for a leaky gut, #1 on the list, after reducing alcohol consumption, is zinc.

Zinc doesn’t just protect against aspirin-like drug-induced damage in rats; when put to the test in a randomized trial of humans, the same thing was found. The NSAID drug indomethacin caused a three-fold rise in gut permeability, as one would expect from that class of drugs, but when they were also taking zinc, this prevented the rise in permeability, strongly suggesting a small intestinal protective effect. The dose they used was massive, though: 75mg a day is nearly twice the tolerable upper limit for zinc. What about getting zinc just at regular food doses?

A significant improvement in gut leakiness, even with a dose of just three milligrams of zinc, suggesting that even relatively low zinc supplementation may work. You can get three extra mg of zinc in your daily diet, eating a cup of cooked lentils.

This story was originally published on NutritionFacts.org.