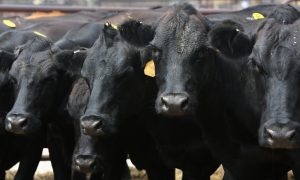 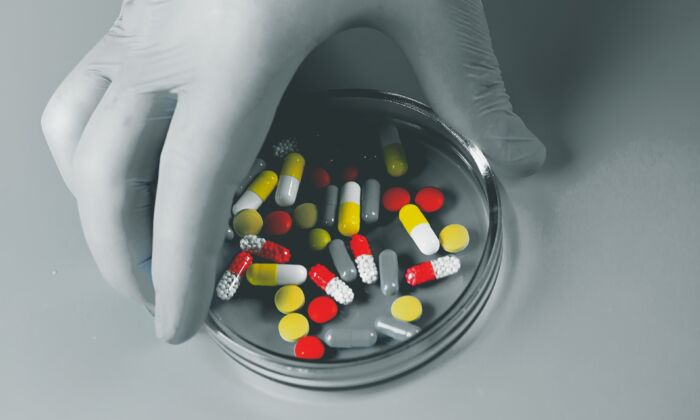 The use of antimicrobial agents—including antibiotics—rose during COVID-19. Efforts to disinfect surfaces and treat patients have made many bacteria more dangerous. (sabyna75/Shutterstock)
Mind & Body

How the COVID Response Is Priming the Next Pandemic

“Antibiotic resistance is one of the biggest public health challenges of our time,” declares the Centers for Disease Control and Prevention (CDC). And while antibiotic resistance and antimicrobial resistance (AMR) took a backseat to the COVID-19 pandemic, the problem hasn’t gone away.

Antibiotic resistance (AR) refers to bacteria resistant to antibiotics. Antimicrobial resistance is a broader term used to describe resistance to drugs among a variety of microbes, including bacteria, parasites, viruses, and fungi.

The tragedy of this problem is that our body depends on many of these microbes for proper function. Current practices are harming these helpful microbes and creating more dangerous ones. The WHO (World Health Organization) says AMR is one of the top 10 global public health threats to humanity, but it rarely makes front-page news, especially now that COVID has entered the arena.

The COVID-19 pandemic—and its unprecedented promotion of hand sanitizer, antimicrobials (including antibiotics), and disinfectants—has even made AMR worse.

“There has been a rapid increase in multidrug-resistant organisms,” Taiwanese researchers warned in an article published in the International Journal of Antimicrobial Agents earlier this year. The authors call for the “appropriate prescription and optimised use of antimicrobials.” And yet, the fear of COVID continues to overshadow the growing threat of AMR, which will likely surpass the number of COVID-19 deaths by at least threefold, annually, by 2050.

“The scary thing is, [AMR is] insidious and silent. The latest figures suggest AMR will cause over 10 million deaths per year by 2050. This is more than deaths from cancer and diabetes combined, and triple the current COVID-19 death toll of 3.4 million deaths worldwide since 2019,” writes Dr. Tina Joshi, a lecturer in molecular microbiology at the University of Plymouth, in an article for NewStatesman.

While the world stopped due to COVID-19, the use of antimicrobial agents—for disinfecting surfaces and public spaces and treating patients—increased. The high rates of antimicrobial agent usage in COVID-19 patients are now being blamed for a rapid rise in multidrug-resistant organisms (MDROs), including:

As for why so many patients were excessively treated with antibiotics (which kill bacteria) despite COVID-19 being caused by a virus (SARS-CoV-2), researchers suggested that co-bacterial fungal or secondary infections were only part of the reason. Other reasons included:

AMR has clear toxicological effects on the environment, in part because patients excrete a large proportion of drugs they ingest, which allows drug residues and drug metabolites to be released into rivers and coastal waters.

A team from the University of Plymouth in England conducted a risk assessment to determine the potential environmental impact of prescribing COVID-19 patients antibiotics, which revealed, “The data for amoxicillin indicate a potential environmental concern for selection of AMR.” The team urged such assessments to be carried out in the future to keep tabs on the potentially disastrous effects of pandemic prescribing habits on AMR.

“This will facilitate development of a robust evidence base in order to guide antibiotic prescribing choices that are less likely to increase AMR and have the least environmental impact,” they wrote.

In other words, there are so many antimicrobial drugs being used during COVID-19 that these substances are making their way into the environment and triggering microbes to develop resistance.

Even the World Health Organization made it clear that countries were at risk of the accelerated spread of AMR due to the COVID-19 pandemic. They cited data showing that antibiotic use increased throughout the pandemic. According to research by the WHO in Europe, about 79 percent to 96 percent of people who reported taking antibiotics didn’t have COVID-19 but were taking them in the hopes of preventing infection, even though antibiotics don’t work against viral infections.

Further, the WHO noted that while about 15 percent of people with severe COVID-19 may develop a bacterial co-infection that would require antibiotics, 75 percent of COVID-19 patients were actually receiving such drugs.

Why New Antibiotics Aren’t the Answer

Clearly alternatives to antibiotics are needed—and fast. It’s been estimated that the pharmaceutical industry will need upwards of $37 billion over the next decade to replace antibiotics that no longer work. However, drug companies have little financial incentive to innovate new antibiotics, so unless taxpayers end up footing the bill, it’s unlikely that such products will enter the market anytime soon.

There are 43 antibiotics in clinical development, but none of them show much promise for solving rapidly rising AMR, as innovation is stagnant. Most “new” antibiotics brought to the market are variations of drug classes that have been around since the 1980s. WHO’s annual Antibacterial Pipeline Report also found that antibiotics currently in development are insufficient to tackle AMR:

“The 2020 report reveals a near static pipeline with only few antibiotics being approved by regulatory agencies in recent years. Most of these agents in development offer limited clinical benefit over existing treatments, with 82 percent of the recently approved antibiotics being derivatives of existing antibiotic classes with well-established drug-resistance. Therefore, rapid emergence of drug-resistance to these new agents is expected.”

The overuse of antimicrobials during COVID-19 is only one piece of the puzzle. Widely used herbicides such as glyphosate (Roundup) and dicamba (Kamba) also play a role.

Herbicides promote antibiotic resistance by priming pathogens to more readily become resistant to antibiotics. This includes Roundup (the actual formulation of Roundup, not just its active ingredient glyphosate in isolation), which was shown to increase the antibiotic-resistant prowess of E. coli and salmonella, along with dicamba and 2,4-D.

Rodale News reported: “The way Roundup causes this effect is likely by causing the bacteria to turn on a set of genes that are normally off, [study author] Heinemann says. These genes are for ‘pumps’ or ‘porins,’ proteins that pump out toxic compounds or reduce the rate at which they get inside of the bacteria.

“Once these genes are turned on by the herbicide, then the bacteria can also resist antibiotics. If bacteria were to encounter only the antibiotic, they would instead have been killed.

“In a sense, the herbicide is ‘immunizing’ the bacteria to the antibiotic. … This change occurs at levels commonly used on farm field crops, lawns, gardens, and parks.”

In the United States, industrial agriculture even uses the antibiotics oxytetracycline and streptomycin as pesticides on agricultural plants, a practice that’s banned in the European Union and Brazil due to rising concerns over antibiotic resistance. But in the U.S., the Environmental Protection Agency approved the “maximum level” of oxytetracycline for use in citrus fruits in December 2018—just days after approving residues of the drug on fruit.

Industrially raised farm animals living on concentrated animal feeding operations (CAFO) have emerged as another major reservoir of antibiotic-resistant bacteria. Due to poor farming practices, including the use of low doses of antibiotics in animal feed for purposes of growth promotion, antibiotic resistance in farm animals is on the rise, threatening human and animal health along with food production sustainability.

Worldwide, most antibiotics are used not for human illness but for livestock. Overall, 73 percent of the antibiotics sold globally are used in farm animals raised for food, typically on CAFOs. Researchers explained the glaring role of CAFOs in antibiotic resistance in Environmental Health Perspectives:

“This prolonged use of antibiotics, especially at low levels, presents a risk of not killing the bacteria while promoting their resistance by selecting for resistant populations.

“The resistance genes can pass readily from one kind of bacteria to another. Thus, workers in the animal units may become colonized with resistant organisms and can pass them on to co-workers and family members or friends.

“Consumers of meat may also become colonized through mishandling of raw meat or through insufficient cooking. Ultimately, these genes may pass into pathogens, and diseases that were formerly treatable will be capable of causing severe illness or death.”

In addition, most antibiotics ingested by animals are not metabolized but, rather, excreted. This waste is then applied to soil as a fertilizer, which may then be sprayed with herbicide. The antibiotic-resistant microbes can also be carried elsewhere by houseflies.

Increased AMR is yet another fallout of the COVID-19 pandemic, which will combine with the already perilous AMR pandemic in progress, resulting in further deaths and environmental destruction. Writing in the International Journal of Antimicrobial Agents, researchers stated, “The ongoing pandemic is stretching the limits of optimal antibiotic stewardship,” and they called for an end to unnecessary use of antimicrobial agents:

“Moreover, unnecessary use of antimicrobial agents would be associated with a significant economic burden on healthcare systems, which could be directly caused by the drug itself and indirectly caused by healthcare costs for the management of drug-related adverse events.”

Beyond this, choosing organic foods, including grass-fed meats and dairy products, can help you avoid exposure to antibiotic residues in the food supply, while also supporting food growers who aren’t contributing to AMR. Unfortunately, as the world continues to put all of its attention on COVID-19, the catastrophe of AMR is getting worse instead of better.