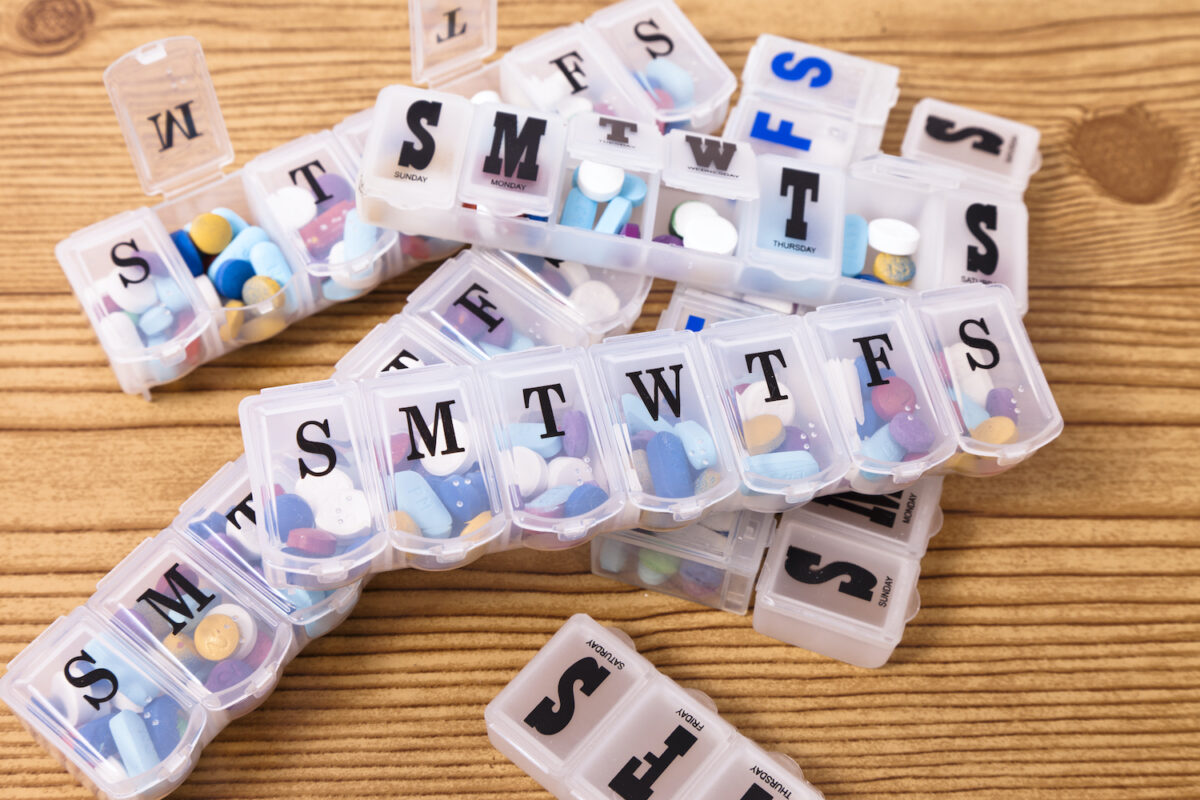 Doctors are often directed in how to treat specific conditions, and all too often those protocols are based around pills. (Tim Masters/Shutterstock)
Mind & Body

How Polypharmacy Led to 43 Prescriptions at Once

More than half of those over 65 take four or more prescription medications, with sometimes questionable effects on their health
BY Joseph Mercola
TIMEDecember 17, 2021

Polypharmacy, or the use of multiple medications, is common in older adults. While 89 percent of people aged 65 and older take at least one prescription medication, 54 percent take four or more. Data from Merck similarly found that nearly 80 percent of older adults regularly take at least two prescription drugs, while 36 percent regularly use five or more different drugs—and this doesn’t include over-the-counter medications.

Adverse effects from polypharmacy are common and may drive patients to seek out ever-more drugs to treat the side effects caused by their drug regimen. This can create a vicious cycle that’s perpetuated by a health care system where doctors have little time to spend with patients and are directed to use treatment protocols centered on pharmaceutical-driven care.

Not only do many patients see multiple doctors, each of whom may prescribe their own set of medications, but patients may pressure doctors to prescribe drugs they’ve seen on direct-to-consumer advertisements. Instead of looking at the big picture of how to get healthy, tending to essential factors such as diet, stress, and physical activity, “health care” for seniors often turns into “drug care,” with potentially disastrous results.

A commentary by Dr. Mark E. Williams published on Medscape in November highlights just how extreme polypharmacy can become. In some cases, it’s not “just” four or five medications but dozens of them, and in the case of Williams’ patient “Allison,” it was 43. The woman had been transferred to a chronic care facility for long-term care due to bipolar illness.

Days earlier, she was treated at a hospital for “altered mental status,” which Williams said “was probably related to inappropriate polypharmacy.”

“Despite being admitted to the hospital for adverse drug reactions related to polypharmacy, Allison was discharged to my facility on 43 prescription medications and an almost equal number of over-the-counter (OTC) drugs. It took more than 10 minutes for the nurse to review the admission medications with me over the phone,” he wrote.

Allison’s symptoms included fatigue, dizziness, muscle aches, headache, nausea, insomnia, and more, and she requested additional medications to treat them. Not only was the woman taking duplicate medications meant to treat the same symptoms, but she was also taking medications intended to treat common adverse effects.

“The ‘chemical soup’ in her body is leading to mental and physical problems,” Williams told the patient’s daughter, but she, too, bought into the notion that more drugs equaled better care. After overcoming the patient’s resistance to going off the drugs, over a three-month period, Williams was able to reduce Allison’s medications to about 15—still a staggering number, but less so than 43.

“Allison improved, both mentally and physically,” Williams wrote, but challenges still ensued, including the patient demanding a memory drug she had seen advertised on television, and an incident in which her daughter gave her an over-the-counter sleep aid, leading to lethargy, confusion, and slurred speech.

Ultimately, Allison was transferred to another facility, where the dangerous polypharmacy undoubtedly continued. While Williams’ commentary highlights an extreme case, it’s not unique—polypharmacy is prevalent among seniors.

When medications are prescribed in excess, including to treat the side effects of other drugs, the patient’s health suffers. “The use of numerous medications may result in medication-related problems such as inappropriate indications, therapeutic duplication, adverse effects, drug interactions, unnecessary medications, poor adherence and a strain on health care resources,” according to a featured article in The Journal for Nurse Practitioners.

It also noted that polypharmacy is a preventable risk factor for hospital admission in older adults due to adverse drug events. The risks of polypharmacy, meanwhile, are well noted. In BMC Geriatrics, adverse outcomes including mortality, falls, adverse drug reactions, increased length of hospital stay and hospital readmission are listed, and the risk of harm increases with the number of medications. According to the systematic review:

“Harm can result due to a multitude of factors including drug-drug interactions and drug-disease interactions. Older patients are at even greater risk of adverse effects due to decreased renal and hepatic function, lower lean body mass, reduced hearing, vision, cognition and mobility.”

In 2007, Dr. Michael Stern, geriatric emergency medicine specialist at New York Presbyterian Hospital, even told a New York Times reporter that polypharmacy accounts for more than one-fourth of all admissions to the hospital and that it would be considered the fifth leading cause of death if it were categorized that way.

Older People Are More Vulnerable to Drug Side Effects

The fact that older people are more likely to be taking more prescription drugs is a double-edged sword, as the elderly are already at increased risk of drug side effects. In fact, the elderly are estimated to be twice as susceptible to adverse drug events compared to younger people.

“Side effects are also likely to be more severe, affecting quality of life and resulting in visits to the doctor and in hospitalization,” according to the Merck Manual, which also explains several reasons why older people are so vulnerable to drug side effects:

Some common examples of how drugs may affect seniors differently include blood pressure drugs, which may lead to more dramatic drops in older people, leading to symptoms of dizziness and falls. Older adults may also become confused and sleepy when using anti-anxiety drugs, more so than typically seen in younger people. Such effects may be compounded when multiple drugs are taken at the same time.

In fact, due to changes that occur during biological aging, it’s now recognized that medications should be clinically tested specifically with older adults in mind. However, older adults are often excluded from clinical trials, which means the safety and efficacy of drugs in this population is often unknown, with supportive evidence lacking.

“Inevitably, this lack of evidence has often led to inappropriate drug treatment and, consequently, to various adverse clinical outcomes,” according to a review published in March 2021 in European Geriatric Medicine.

Why Are So Many More Seniors Taking Antidepressants?

In the first study group, 4.2 percent of the adults were taking antidepressants, but this jumped to 10.7 percent in the later study. During this time, the prevalence of depression decreased, but only slightly, from 7.9 percent to 6.8 percent. Also noteworthy, among older adults living in care homes, the prevalence of depression was unchanged but the use of antidepressants rose from 7.4 percent to 29.2 percent.

There were a few suggestions offered for why antidepressant prescribing rates increased so steeply without a similar increase in depression, including overdiagnosis or prescribing the drugs for conditions other than depression. However, most of those prescribed antidepressants had not been diagnosed with depression.

Further, antidepressants carry a risk of side effects that could easily spiral into more drug prescriptions. For instance, antidepressant users have an increased risk of developing Type 2 diabetes, and antidepressant use has been linked to thicker arteries, which could contribute to the risk of heart disease and stroke.

Nearly Half of Over-75s Take Statins

Statin cholesterol-lowering drugs are another example of an overprescribed drug class that’s contributing to polypharmacy risks. In the United States, nearly 50 percent of U.S. adults over 75 years take a statin, even though their use may also harm brain health, more than doubling the risk of dementia in some cases.

A connection also exists between statins and diabetes, to the extent that people who take statins are more than twice as likely to be diagnosed with diabetes than those who don’t, and those who take the drugs for longer than two years have more than triple the risk. With a diabetes diagnosis, of course, comes more drugs.

Often, statins are unnecessary in the first place. While they’re effective at lowering cholesterol, there is limited evidence this actually helps avoid heart disease and extend lifespan, which has led to heated debate around the practice. In 2018, a scientific review presented substantial evidence that high LDL and total cholesterol are not an indication of heart disease risk, and that statin treatment is of doubtful benefit as a form of primary prevention for this reason.

All too often, overprescribing pills is setting seniors up for a downward spiral of increasing side effects and worsening health. A holistic approach is needed, one that addresses the key tenets of good health and creates real wellness instead of attempting to cover up symptoms with more pills.

As just one example, in a study of older depressed adults, 80 percent experienced a significant reduction in depressive symptoms after taking up strength training for 10 weeks, such that researchers concluded that the exercise was “an effective antidepressant in depressed elders, while also improving strength, morale and quality of life.”

It’s important to work with a health care provider who understands the risks of polypharmacy and the fact that good health doesn’t come from a pill. Only by building a health plan that addresses diet, exercise, sleep, emotional wellness, and toxic exposures, along with only targeted and truly necessary medications and/or supplements, can you reach optimal health. 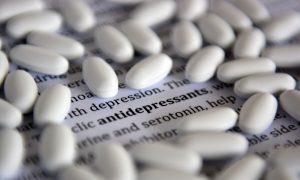 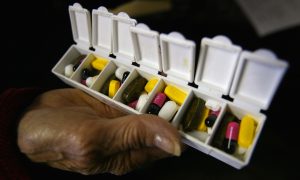 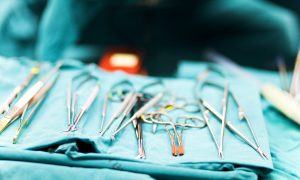 Mind & BodyBy Giuliana Manca
Medical Error Is Third Leading Cause of Death in America, Behind Heart Disease and Cancer
05-4-2016
sharecomments 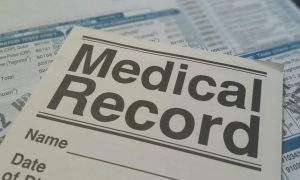