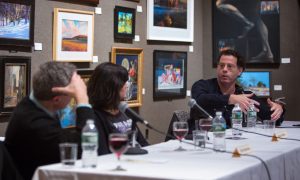 Discussion: 'Traditional Versus Contemporary Perspectives in the Art World'
0 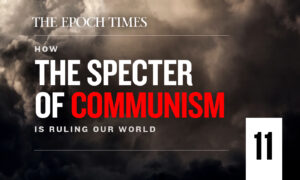 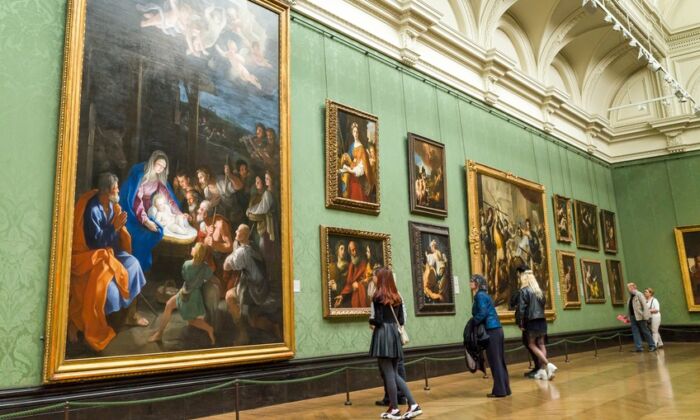 How Our Art Consumption Affects Our Health

“You can’t connect the dots looking forward; you can only connect them looking backward. So you have to trust that the dots will somehow connect in your future,” former Apple CEO, the late Steve Jobs said in his 2005 Stanford University commencement address.

In his speech, Jobs explained how after he dropped out of college, he stayed on campus and took a calligraphy class. Jobs attributed that class as the reason Apple Mac’s typography was so beautiful, and one of the reasons the Mac was an incredible success.

Jobs took the calligraphy class because he enjoyed it; he didn’t understand how important it would be to his future success.

Inspired by Jobs’s insightful reflections, I joined the dots throughout my life, but in a very different way: to recount how art had affected my wellbeing. Many of us, at one time or another, have probably looked at our health and wellbeing in terms of the food and drink we consume, but we may not have considered how the art we consume affects our quality of life.

Art has always been a part of my life, and I’ve been fortunate to have visited many of the world’s best galleries and museums such as the Louvre in Paris; the Rijksmuseum in Amsterdam; the State Hermitage Museum in St. Petersburg, Russia; The Metropolitan Museum of Art in New York, and more. And having lived most of my life a short commute from London’s world-class art institutions, great art is practically on my doorstep.

My first memory of meeting a masterpiece is etched in my mind. It was on a school trip to a London gallery when I was around 11 years old. I saw a red chalk drawing gently rendered by the hand of Raphael, Leonardo da Vinci, or the like—you’ll forgive my 11-year-old self for not remembering this important detail.

I was in awe of the rather dainty depiction, yet I couldn’t quite explain why. I don’t remember even understanding the subject matter. But the drawing fascinated me to such an extent that as my school party walked off into the distance, I just stayed and stared at this mysterious masterpiece.

Around 10 years after that first encounter, I spent many a lunchtime sitting in the Old Masters gallery at the London Tate Gallery (now the Tate Britain), which was just a stone’s throw from where I worked. As I sat among those masterpieces, I always gained some kind of respite and solace, no matter what was happening in my life.

Those experiences I’d had with traditional paintings seemed to have an ability to uplift me. I thought back to other art that had left a deep impression on me to understand more.

One thing I’ll never forget was seeing Monet’s “Water Lilies” on a school exchange trip to Paris in 1991. At the time, I was in complete awe of anything Monet made.

Monet specifically painted his series of water lilies to span the length and breadth of two oval galleries in the Orangerie Museum, covering more than 100 linear yards.

I walked around one of the oval galleries, with my eyes fixated on Monet’s pastel blue-pink-green water lilies that seemed to dance with light. As my feet closely followed the curve of the gallery, I became more and more hypnotized by the soft play of colors, so much so that I failed to realize a small ledge on the floor where the floor met the wall. In an instant, I lost my footing and slipped. I instinctively stretched my arm out to steady myself and nearly high-fived Monet’s canvas. Needless to say, I was mortified. I was awakened from the deafening awkward silence (that seems to accompany any accident) by a gallery attendant screaming at me in French. It wasn’t my proudest art encounter, but it taught me a lot.

Monet’s “Water Lilies” mesmerized me to such an extent that I literally lost my footing. I now realize that that’s what a lot of modern art does: It disorientates us rather than guides us.

Remembering my awkward, close encounter with Monet’s art surprised me. Only two other pieces of modern art made a lasting impression on me. The first was “My Bed,” created in 1998 by British artist Tracey Emin.

Emin’s installation consisted of her unmade bed while she was in the midst of having a mental breakdown. The bed was littered with cigarette packets, vodka bottles, dirty tissues, and the like. Admittedly, it was thought-provoking: It made me question whether I’d made my bed that morning. It didn’t make me strive to be a better person beyond making me think of cleaning my house. It just brought up disgust and some compassion for Emin.

Emin’s art felt too much like what I was seeing in the news: A statement of someone’s life without any positivity.

I realized that art by Monet, Emin, and the like wasn’t for me. I longed for art with a redeeming quality. Quite simply, I sought solace in art.

Now that I understood more about how different types of art had impacted me, there was another dot to connect.

For around 10 years, I worked as an Ayurvedic practitioner. Ayurveda, pronounced “eye-U-vay-da” (Sanskrit for the knowledge of life) is an ancient natural medicine system, similar to Chinese medicine, that began in India some 5,000 years ago.

Ayurveda looks at disease differently from Western medicine and defines disease (dis-ease) as anything that causes discomfort, whether it has a mental or physical origin. Using the principles of Ayurveda, we can be aware of how the little things in our day can affect our health. For instance, one foundation of Ayurveda is the principle of “similar increases similar.” Most of us practice this instinctively: When we are hot, we may automatically reach for an ice cream or ice cold glass of water to cool ourselves down. We wouldn’t grab something hot, as that would increase our temperature. That’s the principle of similar increases similar in practice.

So Ayurveda states that to alleviate any dis-ease we should go for the opposite quality from what we’re experiencing.

Ayurveda also believes that everything we consume, whether it’s our food or through our sensory experiences, is nourishment. It makes sense, then, that one of Ayurveda’s tenets for good health and happiness is the proper use of our five senses—perhaps something we don’t necessarily think about. Yet, everything we consume with our senses affects us.

Ayurveda has the concept of “asatmyendriyartha samyoga,” Sanskrit for the unwholesome contact of the senses with their objects. The objects of the sense of sight are the eyes, for example. Unwholesome actions come under three categories that can cause dis-ease: excessive, inactive, or improper use of the senses.

Most of the time, we’re probably in a state of excessive use of our senses, if our daily commute involves being bombarded with billboard signs and surfing social media, for example.

Within this context, I could begin to understand how viewing art affected my health. Of the three unwholesome actions, the improper use of our senses, which Ayurveda calls “mithya yoga” (Sanskrit for improper union) was particularly relevant. This improper union is an action we carry out even though we know it is not good for us. One improper use of sight would be to see any distorted vision or repulsive, frightening, or aggressive objects.

With this knowledge, I can see how I created some dis-ease in myself by looking either at art that was unpleasant or art that however beautiful wasn’t quite true to real life. It then made sense that the art I saw as a girl moved me so much because, even if I didn’t know what it meant, it connected me with my humanity. I recognized it on a soul level, and that experience nourished me.

English painter Sir Joshua Reynolds got it right when in 1784 he said: “A room hung with pictures is a room hung with thoughts.” Worth thinking about is the intent of the picture, the thoughts the artist tries to convey, in addition to whether the art is imbued with goodness integral to our health.

We cannot unsee what we’ve seen. But, for the most part, we can choose what we consume. The question is: Do we want to consume art that contributes to our dis-ease or to our inner harmony?