How Long Should I Really Stick to the Keto Diet?

Any longer than this, and the benefits disappear and side effects occur
FEATUREDNutrition 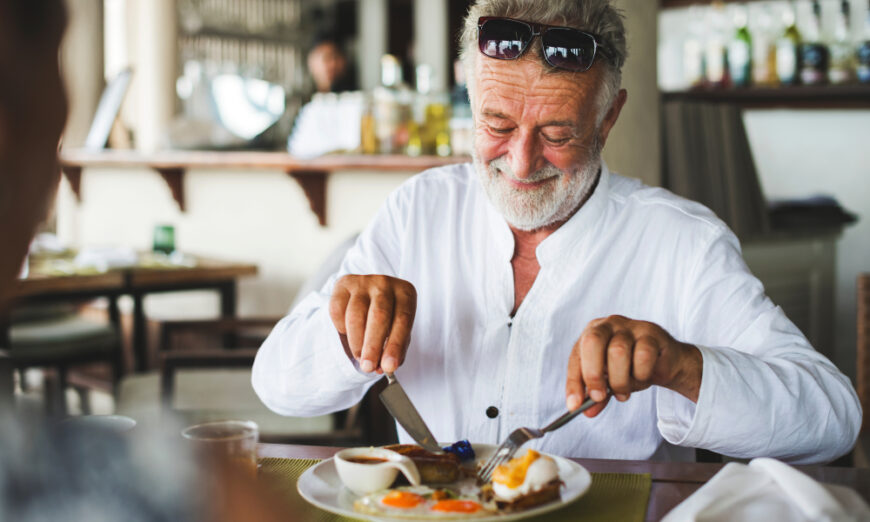 You may already know a lot about the benefits of a ketogenic diet, and you might have even followed it with positive outcomes. However, without knowing one piece of critical information, this diet can be harmful to your health. The key point is for how long you should follow the ketogenic diet. Some people view the ketogenic diet as the healthiest diet and choose to keep it for life, which may entail some serious risks.

Why Can a Ketogenic Diet Help You Lose Weight Fast?

The ketogenic diet is regarded as a very effective way to lose weight quickly. It differs from the general diet in that the ketogenic diet has two major features, including high fats and very low carbohydrates.

The percentages of dietary calories in a keto diet are approximately 70 to 80 percent from fats, 5 to 10 percent from carbohydrates, and 10 to 20 percent from proteins. Sometimes, the lipids in a ketogenic diet even provide as much as 90 percent of the daily calories.

If we use the daily dietary intake of 2,000 kcal as the standard, a ketogenic diet requires that the carbohydrate intake should be between 20 to 50 grams, and not exceeding 50 grams. This means a strict control of carbohydrates. As you may know, a medium-sized banana has 27 grams of carbohydrates.

When the daily intake of carbohydrates is restricted to less than 50 grams, insulin secretion will be significantly reduced. When the availability of carbohydrates is low, and the storage of glycogen is depleted, the body is forced to undergo certain metabolic changes, such as “gluconeogenesis” and “ketosis.”

Gluconeogenesis is the endogenous production of glucose, and this process occurs primarily in the liver. The liver uses other substances, such as lactic acid, glycerol, and amino acids, to make glucose.

Ketone bodies, also known as “super fuels,” when compared with glucose, produce more energy, that is, adenosine triphosphate (ATP). This allows the body to produce energy efficiently even in caloric deficits. Ketone bodies can supply energy to the heart, muscle tissues, and kidneys; and they can also cross the blood-brain barrier to provide some alternative energy for the brain.

As the state of nutritional ketosis continues, the sense of hunger subsides, and the overall caloric intake decreases, which helps to further reduce weight. Compared with a low-fat diet, another benefit of the ketogenic diet for weight loss is that it can maintain the basal metabolism without consuming a lot of muscle.

Experiments have also proven that in addition to being a good energy source for the body, ketone bodies can also reduce free radical damage, enhance endogenous antioxidant capacity, and reduce inflammation, with positive impact on longevity and health.

6 to 12 Months of Keto Highly Efficient for Weight Loss, Beneficial to Health

The best duration of a ketogenic diet is about 6 to 12 months. After this period of time, especially after two years, the diet’s positive effects may no longer be obvious.

A general review published in “Obesity Reviews” conducted an overall study of low-carbohydrate diets. It discovered that during the first 6 months and between 6 to 11 months, various obesity- and ill-health-related indicators dropped significantly.

Between 6 to 11 months, direct indicators of weight loss such as abdominal circumference, weight, and fasting blood sugar continued to decline. However, the BMI and blood insulin levels stopped falling and stagnated. The diet’s soothing and regulating effects on blood pressure also weakened.

Institutions such as the University of Florida have further studied the impact of the length of the ketogenic diet on health.

The study found that during the first 6 to 12 months, decreases in blood pressure, triglycerides, and glycosylated hemoglobin, as well as increases in high-density lipoprotein cholesterol (good cholesterol), and weight loss could be observed.

However, after 12 months of following the ketogenic diet, these effects typically disappeared.

After Following the Keto Diet for Over One Year, Blood Lipids Increased

The ketogenic diet allows the use of some healthy unsaturated fats such as nuts (almonds, walnuts), seeds, avocados, tofu, and olive oil. However, in addition, people are also encouraged to consume saturated fats in palm oil, coconut oil, lard, butter, and cocoa butter in large quantities.

Compared with a low-fat diet, following a ketogenic diet for too long may lead to abnormal health indexes, such as low-density lipoprotein cholesterol, which is an increase in blood lipids that can lead to the development of atherosclerosis and increase the risk of cardiovascular diseases.

The researchers conducted experiments to compare 12 relatively convincing low-fat diets and the ketogenic diet, with 1,258 participants. The experiment durations all reached or exceeded 12 months. The results showed that following a low-carb ketogenic diet for up to a year resulted in significantly higher blood lipids than a calorie-restricted low-fat diet.

At least, the ketogenic diet has relatively little regulatory effect on blood lipids, and it may even increase blood lipids.

The scientists’ explanation is that low carbohydrate intake inhibits insulin production, which in turn inhibits the action of some enzymes, while stimulating the production of other enzymes, thus “unintentionally” raising blood lipids, which may promote atherosclerosis.

Extended Keto May Lead to Anemia and Reduced Antioxidant Capacity

The study found that some physical indicators of the rats that followed the keto diet for 60 consecutive days had worsened, and 60 days in adult lab rats is equivalent to 4 years in humans.

Among them, one distinctive change is that the ketogenic diet increases the ketone bodies in the rats’ blood; their blood pH values drop, and acidosis occurs in them. In addition, the rats developed anemia, with significantly lower red blood cell and hemoglobin counts.

Long-term ketogenic diets also aggravated lipid peroxidation in the liver and kidneys. At the same time, there is a decrease in superoxide dismutase (SOD), a substance that represents the antioxidant level in the blood.

The Worst of Best Diets? Other Side Effects of Long-Term Ketosis

The ketogenic diet severely restricts carbohydrate intake, so many vegetables, fruits, and grains are removed from the menu. This can lead to deficiencies in micronutrients such as selenium, magnesium, phosphorus, vitamin B, and vitamin C.

Restricted grains and legumes are rich in fiber. Losing these sources of fiber, in addition to increasing the risk of cardiovascular diseases, may also affect intestinal function and lead to constipation.

The human brain needs the sugar from healthy carbohydrates to function well, and a low-carb diet can create irritability.

In addition, long-term side effects of the ketogenic diet may include hepatic steatosis, kidney stones, hypoproteinemia, and vitamin deficiency.

Remember to check in with how you’re feeling on any diet plan.

Health 1+1
Follow
Health 1+1 is the most authoritative Chinese medical and health information platform overseas. Every Tuesday to Saturday from 9:00 a.m. to 10:00 a.m. EST on TV and online, the program covers the latest on the coronavirus, prevention, treatment, scientific research and policy, as well as cancer, chronic illness, emotional and spiritual health, immunity, health insurance, and other aspects to provide people with reliable and considerate care and help. Online: EpochTimes.com/Health TV: NTDTV.com/live
SHARE
Friends Read FreeCopyFacebookTweet
SHARE
Friends Read FreeCopyFacebookTweet
You May Also Like