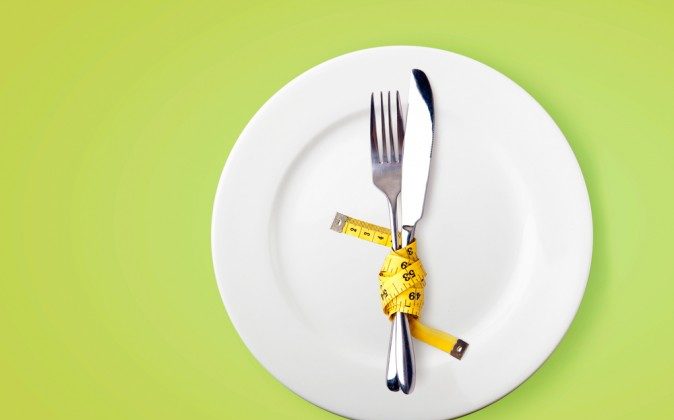 How Intermittent Fasting Can Help You Live Healthier, Longer

In the featured documentary, Eat, Fast, and Live Longer, British author and journalist Dr. Michael Mosley documents his journey as he decides to try fasting, to see if it might improve his health.

At the outset, his blood work revealed he was borderline diabetic and his cholesterol was high, which his doctor wanted to treat with medication.

Concerned by this diagnosis—especially as he considers himself somewhat of an expert on conventional health strategies—Dr. Mosley sets out to investigate his alternatives.

“I have always been interested in self-experimentation as a research device because so many of the most important discoveries came from scientists and doctors who used themselves as test subjects,” he says, “but I had never before performed a series of trials on my own health.”

His journey takes him across the United States, where he meets with both long-lived, healthy folk, and health and longevity experts, to learn the secrets of their success.

Your Body Was Built for Periodic Cycles of ‘Feast and Famine’

Fasting, it turns out, has a number of health benefits that most people seek: from improved cardiovascular health and reduced cancer risk, to gene repair and longevity.

In short, he discovers that part of what appears to be driving the disease process is the fact that we’re eating too frequently. When you’re in constant “feast mode,” your body actually forgoes much of its natural “repair and rejuvenation programming.”

It’s true that severe calorie restriction promotes both weight loss and longevity in animal models, but this kind of “starvation diet” is not a very appealing strategy for most people.

However, newer research shows that you can get most if not all of the same benefits of severe calorie restriction through intermittent fasting, i.e. an eating schedule where you feast on some days, and dramatically cut calories on others.

This effectively mimics the eating habits of our ancestors, who did not have access to grocery stores or food around the clock. They would cycle through periods of feast and famine, and modern research shows this cycling produces a number of biochemical benefits. In short, by altering what and when you eat, you can rather dramatically alter how your body operates. And that’s great news.

Fasting is historically commonplace as it has been a part of spiritual practice for millennia. But modern science has confirmed there are many good reasons for fasting, including the following:

While sugar is a source of energy for your body, it also promotes insulin resistance when consumed in the amounts found in our modern processed junk food diets. Insulin resistance, in turn, is a primary driver of chronic disease—from heart disease to cancer.

There’s also plenty of research showing that fasting has a beneficial impact on longevity in animals. There are a number of mechanisms contributing to this effect. Normalizing insulin sensitivity is a major one, but fasting also inhibits the mTOR pathway, which plays an important part in driving the aging process.

Intermittent fasting is by far the most effective way I know of to shed unwanted fat and eliminate your sugar cravings. Since most of us are carrying excess fat we just can’t seem to burn, this is a really important benefit. When sugar is not needed as a primary fuel, your body will also not crave it as much when your sugar stores run low.

As mentioned above, the other mechanisms that makes fasting so effective for weight loss is the fact that it provokes the secretion of HGH—a fat-burning hormone that has many well-recognized “anti-aging” health and fitness benefits.

Last but not least, intermittent fasting has also been identified as a potent ally for the prevention and perhaps even treatment of dementia. First, ketones are released as a byproduct of burning fat, and ketones (not glucose) are actually the preferred fuel for your brain.

In addition to that, intermittent fasting boosts production of a protein called brain-derived neurotrophic factor (BDNF), which activates brain stem cells to convert into new neurons, and triggers numerous other chemicals that promote neural health. It also protects your brain cells from changes associated with Alzheimer’s and Parkinson’s disease. Research by Dr. Mark Mattson, a senior investigator for the National Institute on Aging, suggests that alternate-day fasting (restricting your meal on fasting days to about 600 calories), can boost BDNF by anywhere from 50 to 400 percent, depending on the brain region.3

Intermittent fasting is an umbrella term that covers a wide array of fasting schedules. As a general rule, it involves cutting calories in whole or in part, either a couple of days a week, every other day, or even daily. Dr. Mosley became so convinced of the health benefits of intermittent fasting he wrote a book on the subject, called The Fast Diet: Lose Weight, Stay Healthy, and Live Longer with the Simple Secret of Intermittent Fasting.4

The fasting schedule he ultimately suggests in the book (after trying a couple of variations in the film), is to eat normally for five days a week, and fast for two. This schedule is sometimes referred to as the “5:2” intermittent fasting plan. On fasting days, he recommends cutting your food down to one-fourth of your normal daily calories, or about 600 calories for men and about 500 for women, along with plenty of water and tea. Dr. Mosley claims to have lost 19 pounds in two months by following this 5:2 intermittent fasting plan.

Yet another variation that is quite common is the alternate-day fast. This fasting protocol is exactly as it sounds: one day off, one day on. When you include sleeping time, the fast can end up being as long as 32-36 hours. The drawback is that it requires you to go to bed with an empty stomach every other day, which can be tough for most people—at least initially.

However, according to Dr. Krista Varady, author of The Every-Other-Day Diet: The Diet That Lets You Eat All You Want (Half the Time) and Keep the Weight Off, the alternate-day fasting schedule does have a much higher compliance rate than many other fasting schedules. In the end, the best fasting schedule is the one that you will comply with. If you’re constantly cheating, it won’t work.

Dr. Varady’s research shows that alternate-day fasting, where you consume about 500 calories on fasting days and can eat whatever you want on non-fasting days, works equally well for weight loss as complete fasting, and it’s a lot easier to maintain this type of modified fasting regimen.

In her study, which was recently completed, participants ate their low-calorie fasting day meal either for lunch or dinner. Splitting the 500 calorie meal up into multiple smaller meals throughout the day was not as successful as eating just one meal, once a day. The main problem relates to compliance. If you’re truly eating just 500 calories in a day, you will lose weight. But when eating tiny amounts of food multiple times a day, you’re far more inclined to want more, so the cheat rate dramatically increases.