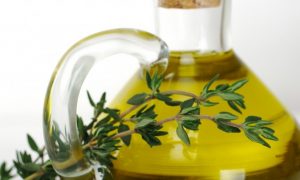 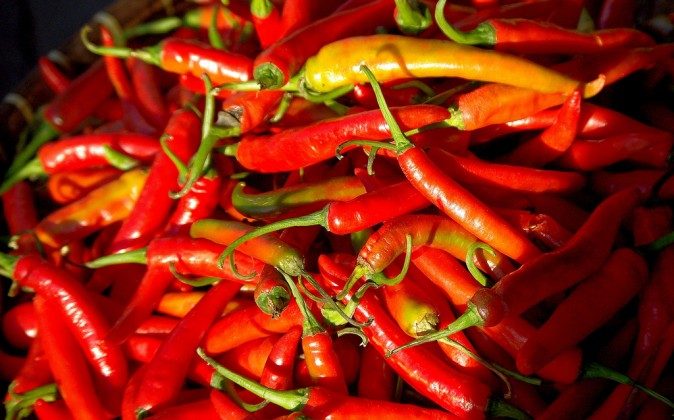 How Chilies Can Be Used to Treat Pain

Chili peppers are a staple part of the cuisine in Central America, Asia, and India, while in the US you can find countless varieties of hot sauce, often with the words “inferno,” “insanity,” or “fire” on the labels.

It’s this heat, of course, that draws so many to add chili peppers to their meals, and it’s also the reason for their many medicinal properties, including pain relief.

Chili peppers’ heat comes from capsaicin, a compound produced to protect the peppers from fungal attack. Capsaicin is colorless and odorless, but when you eat it, capsaicin tricks your brain into perceiving heat where it touches your body.

Birds, interestingly, are not affected by capsaicin, and this allows them to widely disperse chili seeds for the plants’ survival. Virtually every other mammal, however, is – although humans are believed to be the only animal that chooses to willingly eat them.

How Chili Peppers Trick Your Brain

Your nervous system contains heat-receptor proteins known as TRPV1 receptors. Located in cells in your skin and digestive system, these receptors remain inactive unless you’re exposed to temperatures above 107.6 degrees F (42 degrees C).

At this point, you’ll experience heat and pain, warning you to stay away from the source of heat. When you eat a chili pepper, capsaicin binds to and activates TRPV1, so even though you’re not actually in danger, your body thinks it’s being exposed to extreme heat.

As explained by the New York Times:

“…in mammals it [capsaicin] stimulates the very same pain receptors that respond to actual heat. Chili pungency is not technically a taste; it is the sensation of burning, mediated by the same mechanism that would let you know that someone had set your tongue on fire.”

The intensity of heat in peppers is measured by the Scoville scale, which was developed by pharmacist Wilbur Lincoln Scoville in 1912. While a bell (sweet) pepper has a score of zero, pure capsaicin can surpass 15 million Scoville Heat Units (SHU).

For comparison, jalapeno peppers range from 2,500 to 8,000 SHU, while Scotch Bonnet peppers can be upwards of 350,000. Ghost chilies, which are even hotter, have a potency of about 900,000 SHU. I am growing three ghost pepper plants and can confirm they are indeed very hot.

Capsaicin helps alleviate pain in part by depleting your body’s supply of substance P, a chemical component of nerve cells that is involved in transmitting pain signals to your brain. It also works by de-sensitizing sensory receptors in your skin.

This is why it’s used in topical pain-relieving creams and patches (some of which contain the equivalent of 10 million SHU). It’s actually the very intense burning sensation that–ironically–ultimately relieves pain. Gizmodo explained:

“Applied externally, chilies cause a sensation of burning, as capsaicin activates TRPV1 in nerves in the skin. But, if exposed to capsaicin for long enough, these pain nerve cells will become ‘exhausted’, having depleted their internal chemical stores.

Most often, capsaicin has been studied for relieving postherpetic neuralgia, or pain associated with shingles, and HIV-associated neuropathy, although it has shown promise for treating other types of pain as well.

In one study, a man with persistent pain due to wounds from a bomb explosion experienced an 80 percent reduction in pain symptoms after using a capsaicin (8 percent, known as high concentration) patch.

Topical treatment with 0.025 percent (low concentration) capsaicin cream has also been found to relieve pain associated with osteoarthritis, with 80 percent of patients experiencing a reduction in pain after two weeks of four-times-daily treatment.

It’s also been shown to help reduce or eliminate burning, stinging, itching, and redness of skin associated with moderate to severe psoriasis. There’s even a nasal spray containing capsaicin that significantly reduced nasal allergy symptoms in a 2009 study.

Capsaicin Also Has A Role in Weight Loss

Capsaicin’s therapeutic properties aren’t limited to pain relief. Researchers have also explored its role for weight loss, including using capsaicin to selectively destroy nerve fibers that transmit information from your gut to your brain. While this procedure was said to have a “remarkable” impact on weight, destroying these nerve fibers could have serious long-term implications on your health.

Fortunately, capsaicin may be effective for weight loss when added to your diet, as opposed to via surgery. Studies have shown the substance may help fight obesity by decreasing calorie intake, shrinking fat tissue, and lowering blood fat levels, as well as fight fat buildup by triggering beneficial protein changes in your body. Again, this was when capsaicin was used as a dietary addition… with no surgery required.

Part of the benefit may be due to capsaicin’s heat potential, as it is a thermogenic substance that may temporarily increase thermogenesis in your body, a process where your body burns fuel such as fat to create heat, with beneficial impacts on your metabolism and fat-burning potential.

Research suggests that consuming thermogenic ingredients may boost your metabolism by up to 5 percent, and increase fat burning by up to 16 percent. It may even help counteract the decrease in metabolic rate that often occurs during weight loss.

Capsaicin has both antioxidant and anti-inflammatory properties, and has shown some promise for cancer treatment. Research has shown, for instance, that capsaicin suppresses the growth of human prostate cancer cells while leaving normal cells unharmed.

In one study, about 80 percent of the prostate cancer cells in mice were killed by capsaicin, while treated tumors shrank to about one-fifth the size of untreated tumors.

Capsaicin has also been shown to be effective against breast, pancreatic, and bladder cancer cells, although you might need to eat unrealistically large amounts of capsaicin to get such benefits (such as eight habanero peppers a week).