‘How beautiful life is:’ Audience Uplifted by Shen Yun 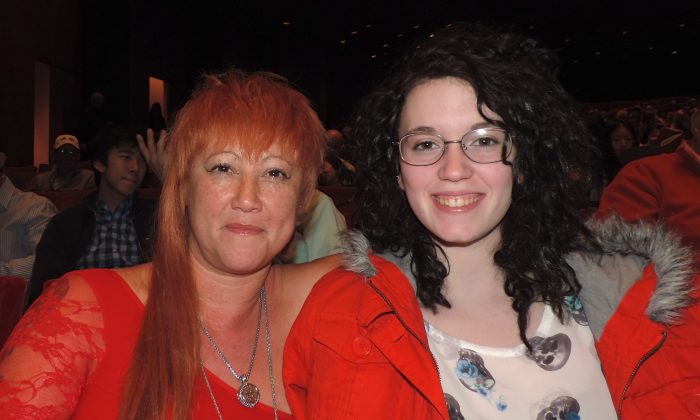 HOUSTON—Shen Yun Performing Arts graced the stage at the Jones Hall for the Performing Arts in Houston on Dec. 24. Susan Mimki was in attendance, and being an artist herself, she was taken away by the perfection of the performance.

“The color is fabulous, the color is amazing—it’s very vivid,” she said. “The dots and the flow—I love when they do the step forward and their movements are like floating.”

The wonderful interplay of Eastern traditions and breathtaking scenes had Ms. Mimki musing the more profound aspects of life, and she said that such a performance will definitely help others become more aware.

“I think it will bring a lot of foresight to people,” she said, “and how beautiful life is.”

Shen Yun also incorporates the highly challenging and technical bel canto technique while singing in Chinese. The ability of Shen Yun’s singers to adhere to such challenging techniques while maintaining proper Chinese inflections is unparalleled.

“[The singing] feels very connected to me, and I like the way you have the soprano singing,” Ms. Mimki added. “It’s not something that you hear. I like the way it floats very well.”

She concluded by describing the performance as “phenomenal—go see it.”