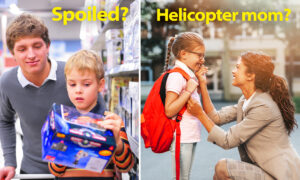 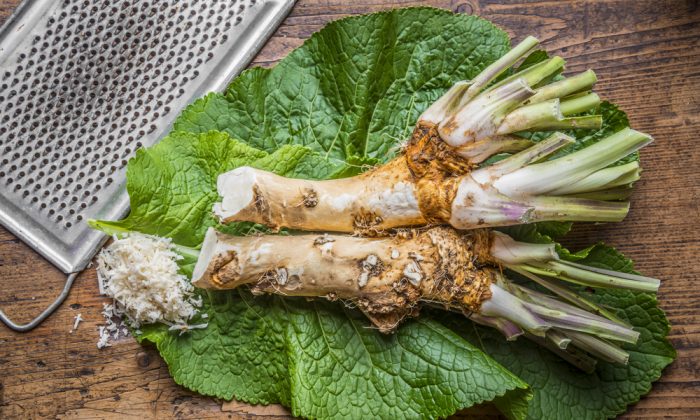 Chili pepper heat is mostly on the tongue. Horseradish goes right for the nose.

A member of the Brassica family—along with broccoli, cabbage, and mustard—horseradish is a radish to the extreme. A small bite can be an intense experience, but even smelling the aggressive vapors of the freshly grated root causes eyes to water and noses to run.

The pungent punch of horseradish comes from allyl isothiocynanate which is released when the root is cut. This chemical can even shake a deep sleep. In 2008, Japanese researchers developed a fire alarm triggered by smell for deaf people or those hard of hearing. They evaluated hundreds of odors, finally settling on wasabi—a Japanese horseradish—which successfully woke 13 out of 14 subjects in under two minutes.

Horseradish is mineral rich (calcium, magnesium, and phosphorus), high in vitamins A and C, and teeming with sulfur. We tend to think of it more as a condiment—it is traditionally used as a sauce to help digest fatty meats—but it has a much longer history as a medicine. Horseradish root and leaves have been used by herbalists for centuries to treat asthma, arthritis, facial neuralgia, and cancer.

When it comes to relieving stuffed sinuses, horseradish is a natural. The heat of horseradish thins stagnant mucous, making it easier to clear. Horseradish can be taken during an infection, but works especially well at the first signs of infection, and may prevent more severe illness from taking hold. It is also used to resolve a persistent cough at the end of a bronchial infection when phlegm gets stuck in the lungs.

A case study from Dr. Richard Schulze demonstrates the might of this pungent root. In his 2010 clinical manual on “Colds and Flu,” Schulze recalls one patient whose nose was so stuffed she lost two weeks of work and hadn’t slept for three days. She had taken hundreds of pills, and doctors even injected drugs directly into her sinus cavity, but she still couldn’t breathe any better.

Schulze instructed his patient to chop onions, grate horseradish, and eat them one spoonful after another, with an occasional swallow of an apple cider vinegar extract of horseradish, onions, and hot peppers. In ten minutes, her head was finally clear.

A less aggressive regimen is recommended by Germany’s advisory panel on herbs (Commission E) which approves horseradish to remove mucous from the respiratory tract. Their therapeutic guide advises ½ to 1 teaspoon of freshly grated root, three times per day. They caution that higher amounts may cause stomach irritation or vomiting.

Compared to chili peppers, horseradish heat dissipates relatively quickly. After an initial burst of nasal fire, there is soon relief. Because these volatile compounds are so short lived, use the freshly grated root to get the full medicinal effect. Prepared horseradish is significantly less powerful but can still be helpful in a pinch.

If you hate the taste, horseradish can also be used externally. Spread freshly grated root over the forehead, cheeks, or chest to free stuck mucous. Be careful, it may also irritate sensitive skin.

Horseradish in therapeutic doses should be avoided during pregnancy (it may cause miscarriage) and is also discouraged for lactating mothers because the herb irritates all the mucous membranes. Use caution with very young children, or those with ulcers or kidney disease.