Hope That Shen Yun Will Bring Culture to China Again 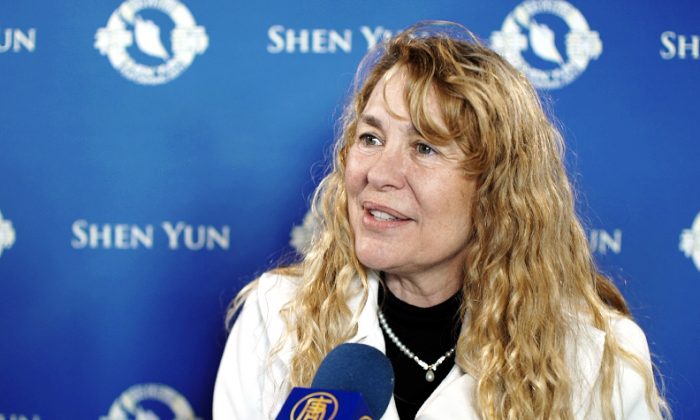 “It’s a beautiful culture, beautiful. And it saddens me again that this could not be shown in China, but I believe that’s going to change,” Ditlevsen said at the San Franscico War Memorial Opera House on Jan. 1.

New York-based Shen Yun has, since 2006, brought a performance of music and dance to top theaters around the world with the mission of reviving the authentic traditional Chinese culture. Yet, this performance is not allowed inside China.

“The history is really important because I don’t know that all of us know that this could not be shown in China, which is very sad,” Ditlevsen said after the performance. “here in America, that’s very shocking.”

This is because the traditional culture presented in Shen Yun is the one the current communist regime has systemically tried to uproot since it took power in 1949. China, once called the Divine Land, or the Celestial Empire, had a culture built on beliefs from Buddhism, Taoism, and Confucianism, and this traditional culture flourished and was recorded continuously over 5,000 years, until communism.

But today, decades after the communist regime’s cultural revolution, there is renewed interest in traditional culture.

“It’s a beautiful culture,” said Ditlevsen, who has Chinese colleagues from whom she has learned a little of the culture from. On stage, she said she saw sweetness, “happiness, joy, dedication.”

She was moved by “the absolute commitment” of the artists not just to their craft, but to the culture.

“[The] culture is very important, and we need to know about it,” Ditlevsen said. “Even though I am someone that’s into history, there were things that I didn’t know.”

It is critical this divine culture, passed down from the heavens as seen in the story-based dances, was not lost, Ditlevsen said. She found joy in the performance because she could see the artists had a true desire to share this culture freely, and said this was cause for optimism.

“There are so many things that the culture adds to us. I would just like it to be shared with everybody,” Ditlevsen said. She implored China to embrace this culture once again, and thanked the performers for sharing it with the world.