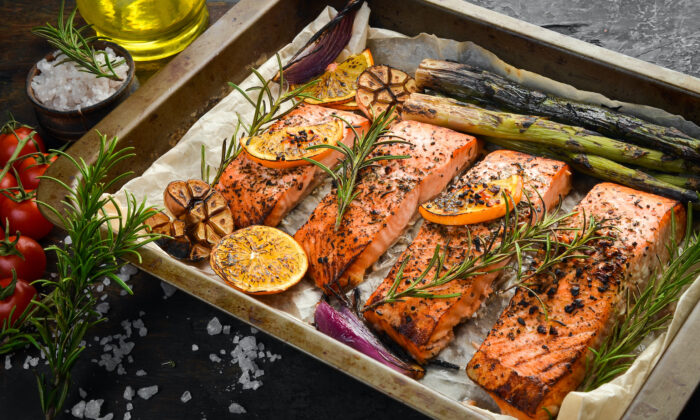 Findings from a study by the Fatty Acid Research Institute suggest that people with high levels of omega-3 docosahexaenoic acid (DHA) have half the risk—49 percent—of developing Alzheimer’s disease (AD).

The study found that high levels of DHA are correlated with an extra 4.7 years of being Alzheimer’s-free and an extra 4 years free of all-cause dementia, translating to an additional 2.7 years of life.

The researchers also encouraged individuals that carry the ApoE4 gene—a gene mutation that gives a person the highest risk for late-onset AD—to have an extra intake of dietary DHA, speculating that high consumption of DHA may slow the development of AD.

While carriers of the gene are predisposed to develop the disease earlier by 7.6 to 7.3 years, researchers estimate that high levels of DHA may be able to half the onset period.

The study examined 1,490 participants aged 65 or older. Their red blood cells were sampled to measure their DHA levels and followed for over 7.2 years for incidence of AD.

DHA (pdf) is an omega-3 fatty acid commonly found in fatty fish such as salmon and sardines. The lipid is present in many neuron surfaces, which maintains the cell’s fluidity, making it highly important in brain and retinal development as well as aging and memory formation.

In AD, DHA prevents the early development of the disease, suppressing the build-up of protein in the neurons. Accumulation of proteins leads to cell stress and death of neurons, as well as connection points between neurons, leading to symptoms of the disease such as memory loss and mobility impairment.

Previous studies have highlighted the importance of DHA in AD, with studies suggesting that DHA consumption through supplements or diet may lead to reduced risks of age-related AD.

The researchers said their study highlighted the importance of diet and brain health.

“Delaying AD by 5 years leads to 2.7 additional years of life, and 4.8 additional AD-free years for an individual who would have acquired AD and is worth over $500,000,” said Dr. Aleix Sala-Vila, highlighting the importance of the study to public health.

“Given that estimated health-care payments in 2021 for all patients with AD or other dementias amount to $355 billion in the US (pdf), any cost-effective strategy for delaying the onset of AD is of utmost public health interest.”

The article was published in Nutrients on June 9, an open-access, peer-reviewed scientific journal.