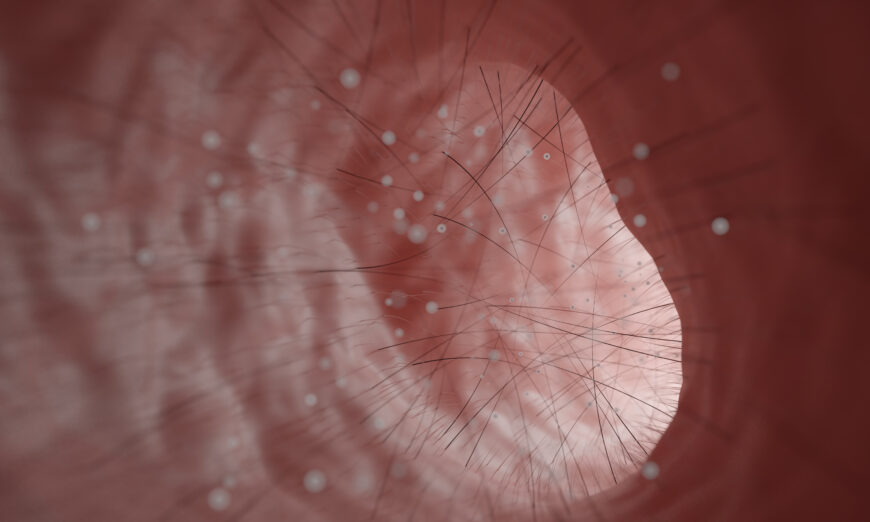 Boogers are formed when the nose filters impurities from the air and mixes them with the mucus secreted by the nasal cavity. (Chawalit Banpot/Shutterstock)

Nose-picking is a very common behavior.

However, studies show that when people pick their noses, they may also allow a type of bacteria to invade their brain, increasing the risk of Alzheimer’s disease.

Can Nose Picking Increase the Risk of Dementia?

A study by Griffith University in Australia found that Chlamydia pneumoniae can invade the brain through the olfactory nerves in the nose of mice, causing amyloid-beta accumulations in the brain, which is a sign of Alzheimer’s disease. [1]

Under normal circumstances, the brain is protected by the blood-brain barrier, and it is difficult for general macromolecules to enter the brain. However, the olfactory nerve opens an entrance, which becomes a shortcut for bacteria to enter the brain. The researchers implanted Chlamydia pneumoniae into the nasal cavity of some mice and found that regardless of whether the mice had nasal cavity damage or not, the amyloid-beta accumulations caused by chlamydia pneumoniae were found in their brain slices.

In another study published on Frontiers in Aging Neuroscience, Chlamydia pneumoniae DNA was also found in postmortem brain samples of Alzheimer’s disease patients. [2]

The Griffith University study, published in the journal Scientific Reports, concluded that the nerves that extend between the nasal cavity and the brain serve as a gateway for Chlamydia pneumoniae to rapidly invade the central nervous system. The researchers believed that Chlamydia pneumoniae in the nasal cavity might be linked to Alzheimer’s disease.

Study co-author James St John, head of the Clem Jones Centre for Neurobiology and Stem Cell Research at Griffith University, said, “Picking your nose and plucking the hairs from your nose is not a good idea.” These actions can cause injury to the nasal mucosa, which can bring bacteria into the olfactory nerve.

In response to this study, Cheng Yuan-yu, a former attending physician at the Division of Infectious Diseases at Taipei Veterans General Hospital, believes that this only means that there is a correlation between bacterial infection and Alzheimer’s disease, but that it does not mean that there is a causal relationship.

The reason is that Alzheimer’s disease is a complex disease. It is also believed that people may have some problems in the brain after aging, making it easy for germs to enter the brain.

According to Cheng, any germs entering the brain will usually cause significant changes, and patients will quickly fall ill or even die due to bacterial infection and inflammation. Therefore, it is now unclear what activity of Chlamydia pneumoniae occurs in the brain, only that it is associated with dementia.

Dr. Shih Heng Chang, president of the Taiwan-based Precise Holistic Medical Clinic, believes that the results of the study should not be a cause for fear. This is because this is an animal study, and there are still differences between the structures of animals and humans.

4 Safe Ways to Clean Your Nose

Although there is no need to worry too much, using the right ways to clean your nose can reduce the risks of scratching the nasal mucosa and bacterial infection.

The following are four ways to clean your nose safely, but the key is to reduce the formation of boogers.

“Many injuries to the nasal mucosa are caused by nail scraping,” said Dr. Chang. Some girls like to keep their nails long, and some people like to keep long nails on their pinkies.

He said that although the incidence is very low, there are cases where patients pick their noses and end up with a meningococcal infection.

In addition to Chlamydia pneumoniae, there are many other germs that people can easily come into contact with, but by washing your hands, you can rinse away most of the potential threats. The process of washing hands with soap and rinsing them with water can remove most of the pathogens from the hands, and when the number of pathogens becomes small, it can achieve the effect of protecting the human body, explained Dr. Cheng.

If you have allergic rhinitis, you can use a nasal washer to clean your nose at home. This will not only reduce the symptoms but also clean the nasal cavity. Washing your nose can also soften the hardened boogers and make it easier to remove them.

If you use a tool to clean your nose, it is not recommended to use a cotton swab, because it can easily push the boogers deeper into the nasal cavity.

Another way to damage the nasal mucosa is to pluck nasal hairs. Plucking nasal hair involves pulling down the hair follicles along with the hair, and the wound will be large. So it is recommended to use special scissors to trim the nasal hair.

Another fundamental solution is to reduce the formation of boogers. Boogers are formed when the nose filters impurities from the air and mixes them with the mucus secreted by the nasal cavity. Therefore, you should pay attention to air pollution and visit dusty places as little as possible. You can also wear a mask or turn on an air purifier.

In addition to reminding people to be careful when cleaning their noses, the researchers also mentioned that Chlamydia pneumoniae is a common pathogenic bacteria that mainly cause respiratory and lung infections.

Dr. Cheng said that Chlamydia pneumoniae spread from community to community, causing community-acquired pneumonia (CAP), accounting for about 10 percent of all CAP. It is often seen at the turn of seasons.

However, “it’s a very weak bacterium, so it’s not usually mentioned,” he said with a smile.

Pneumonia caused by Chlamydia pneumoniae is mild and easy to treat and usually does not require antibiotics. Some people don’t even know they have pneumonia until after they recover.

Therefore, it is also known as “walking pneumonia,” referring to a condition in which a patient is able to move around normally and only complains of a cough, thinking it is a common cold. Patients only find out that it is pneumonia after a physical checkup. This condition usually occurs in young people but is more severe in the elderly.

Generally speaking, if an adult has a cough that does not heal for one to two weeks and the cough is severe, the doctor will suspect Chlamydia pneumoniae infection.