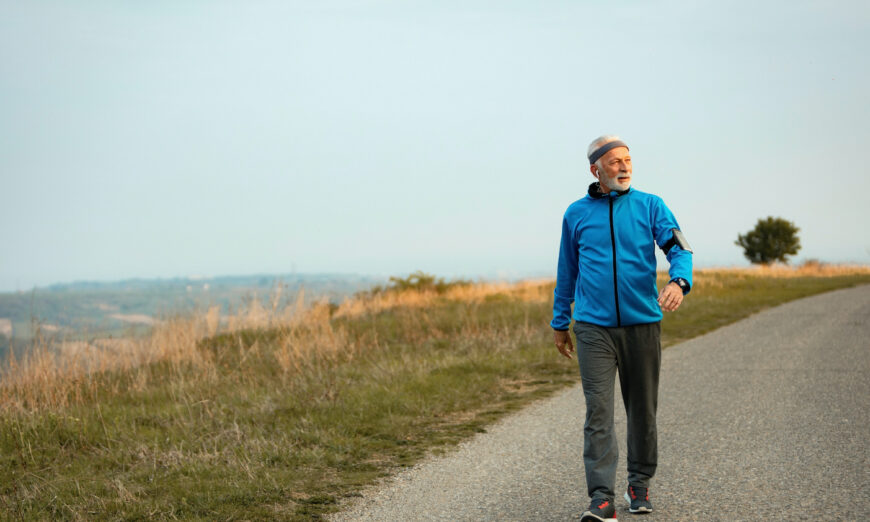 Those who were most active in the early or late morning had between 11 percent and 16 percent lower risks of incident coronary artery disease.(Drazen Zigic/Shutterstock)

New research suggests that physical activity in the morning may lower the risk of heart disease and stroke. So, if you are one of those people who like to work out first thing in the morning, you are in good company.

While it has been well established that physical activity is good for heart health, this new study indicates that morning activity seems to be the most beneficial. Researchers used data from the UK Biobank, which included 86,657 adults aged 42 to 78 free of cardiovascular disease. All participants wore an activity tracker on their wrists for seven consecutive days and were followed for incident cardiovascular disease, which was defined as the first hospital admission or death related to stroke or coronary artery disease.

There was a follow-up period of six to eight years, during which 2,911 participants developed coronary artery disease and 796 had a stroke. When activity times were compared among participants, those who showed a peak activity time between 8 a.m. and 11 a.m. had the lowest risks of heart disease and stroke.

After adjusting for age and sex, participants who were found to be most active in the early or late morning had between 11 percent and 16 percent lower risks of incident coronary artery disease. Participants who were most active in the late morning also had a 17 percent decreased risk of stroke compared to a reference group. When analyzed separately, investigators found the results were more prominent in women than men.

Study author Gali Albalak explained: “This was an observational study, and therefore, we cannot explain why the associations were more marked in women. Our findings add to the evidence of the health benefits of being physically active by suggesting that morning activity, especially late morning may be the most advantageous. It is too early for formal advice to prioritize morning exercise as this is quite a new field of research. But we hope that one day we can refine current recommendations simply by adding one line: ‘When exercising, it’s advised to do so in the morning.’”

This article was republished from BelMarraHealth.com

Sarah Cownley
Follow
Sarah has a diploma in Nutritional Therapy from Health Sciences Academy in London, England, and enjoys helping others by teaching healthy lifestyle changes through her personal consultations and with her regular contributions to the Doctors Health Press.
SHARE
Friends Read FreeCopyFacebookTweet
SHARE
Friends Read FreeCopyFacebookTweet
You May Also Like