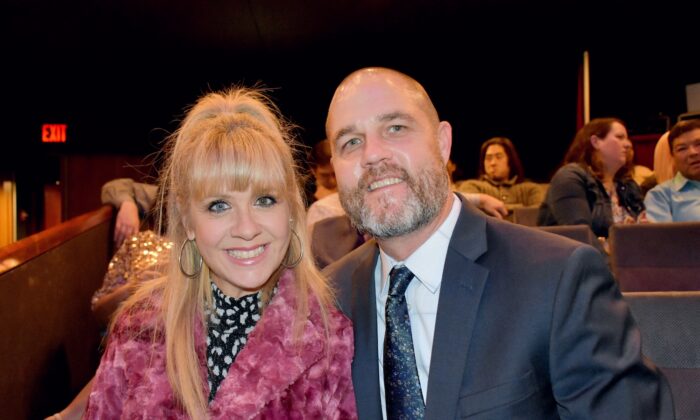 “I love [Shen Yun]. It is so beautiful. The colors are so vivid. And the dancing? Ah… it’s beautiful! The movement and the scenery. I’m a gymnast. I was a gymnastics coach, for a lot of years, and a dance coach. So I have a true appreciation for the fine arts,” said Hawks, who is now a business owner and health and wellness coach. She attended New York-based Shen Yun with Shawn Hawks, vice president, and general manager of a manufacturing company, at Dallas’s AT&T Performing Arts Center on Jan. 4, 2020.

“I think the colors are beautiful. And it’s been very interesting to learn their culture so far. That’s part of the reason I wanted to come,” said Shawn.

“For me, I enjoyed learning the history of the dance, culturally, and how it transcends,” Christy said. “Dance doesn’t speak one language—it is universal language. You can feel the emotion and the love and the sorrow. Everything that comes along with that. It’s beautiful.”

Classical Chinese dance’s pedigree reaches back through time thousands of years and was developed alongside martial arts.

According to Shen Yun’s website, ancient martial arts’ tumbling techniques were absorbed into dance performances when warriors came home from the battlefields. Then, in the 1970s, when Chinese gymnasts adopted the breathtaking, gravity-defying moves into their repertoire, they swept competitions and took home many gold medals. The gymnastics world has never been the same since.

Shen Yun’s artists have taken on the mission of reviving not only China’s rich artistic traditions, but the civilization’s spiritual character as well, which the ancients believed was inseparable from everyday life.

“Shen Yun” translates to “the beauty of divine beings dancing.” Did Christy and Shawn feel the presence of the divine beings on stage?

“I absolutely did. Yes,” Christy said.

Christy went on to describe where she thinks Shen Yun dancers’ energy comes from.

“It comes within,” she said. “Their joy and appreciation they have for their culture and for dance itself. It’s just beautiful. It’s coming from the inside out and it radiates onto all of us.”

In addition to Shen Yun’s technique and divinely-inspired themes, the Hawks appreciated the stories in the program that illuminate important current events in China, namely the persecution of those who carry on the tradition of practicing a spiritual discipline. Because they are outspoken about the brutality shown by China’s communist regime, Shen Yun cannot perform in China today, and even faces interference by the regime in foreign countries.

“It made me feel blessed that [Shen Yun] is … able to show, in a beautiful and peaceful way, the persecution. But also that they can protest in a peaceful way in front of a crowd that understands freedom and appreciates and feels for them, wishing that they could have the same freedom.”