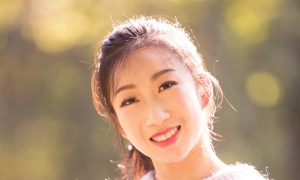 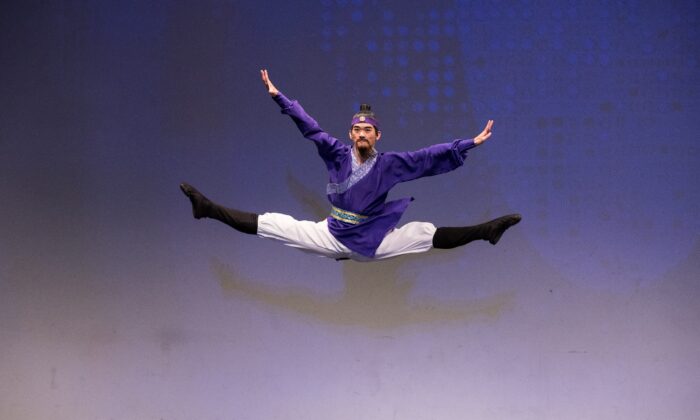 MIDDLETOWN, NEW YORK—Mental grit and a drive to constantly move forward have led Victor Li to where he is today—principal dancer with the world’s premier classical Chinese dance company.

Every year, Li performs before tens of thousands of audience members around the world with Shen Yun Performing Arts, a New York-based dance company whose mission is to revive China’s 5,000-year civilization through the arts.

Sometimes, he’s a Confucian scholar meditating on the meaning of life, and at other times, an imperial soldier defending the kingdom.

Through soaring flips, poised extensions, and penetrating facial expressions, Li seeks to convey the spirit behind the characters and stories he’s presenting on stage.

For the principal dancer, it’s about “giving your all into every movement you do,” he said.

Each movement, in turn, is a culmination of years of arduous training in one of the world’s most comprehensive dance systems.

Classical Chinese dance is an ancient art form, originating from martial arts and refined over thousands of years in the sphere of Chinese opera. Alongside complicated flips and tumbling techniques, dancers are expected to master a system of movements and expressions rounded out with the nuances of stage acting.

The Toronto-raised Li recalls being a laid-back child when he arrived to receive instruction at Fei Tian Academy of the Arts, the dance school affiliated with the company.

His early years of training were not a smooth ride. Li confessed to not being the strongest kid on the block, so the process of priming his body was tough. But it was the mental challenges that were the hardest to tackle—like overcoming his fear of falling when learning tumbling techniques.

“You need to be very clear on what you’re doing when you’re upside down in the air,” Li said.

The dancer explained that he has to have a clear mind and focus because, as he said, “If I’m thinking too much, I might get scared.”

And even when he does fall—which can happen quite often during practice, according to Li—it’s about picking yourself up and trying again.

Mental toughness is also a trait shared by the historical characters Li has depicted on stage. In 2016, he portrayed Emperor Kangxi (1654–1722) of the Qing Dynasty in the story-based dance “Defending the Throne.” In the piece, the 16-year-old ruler defeats a power-hungry general who is after the throne, by using his wits rather than brawn. By devising a plan and biding his time, Kangxi manages to entrap the general and foil his plans.

Li said he prepares for his roles by researching the historical figures he portrays to learn about their characteristics and how they behaved. For fictional characters, he endeavors to “portray the character depending on how we want to portray the moral of the story,” he said.

The stories that Li performs are undergirded by traditional Chinese values and principles, informed by Buddhist, Taoist, and Confucian teachings.

Humility is a common trait in the characters Li portrays, including an archer in the 2018 program who was bestowed with extraordinary archery skills by the divine. Even after acquiring supernormal abilities, the archer does not show off and stays humble, earning the respect of his peers.

Li said he also tries to apply these values, including humility, in his everyday life. He doesn’t let being principal dancer get to his head, because he sees the role as a responsibility to both his fellow dancers and the audience members.

Besides, he said, “I could improve so much more, so I feel you can’t be full of yourself.”

With each year, Li performs in more pieces as principal dancer, as the standard becomes higher and higher, so “the only thing I can do is really push myself harder now,” he said.

He said that despite the challenges, he is reminded of his purpose when he sees the faces of the patrons at the end of the performance.

“I feel really touched sometimes when I see the audience,” he said. “I feel like it’s all worth it—everything was worth it.”