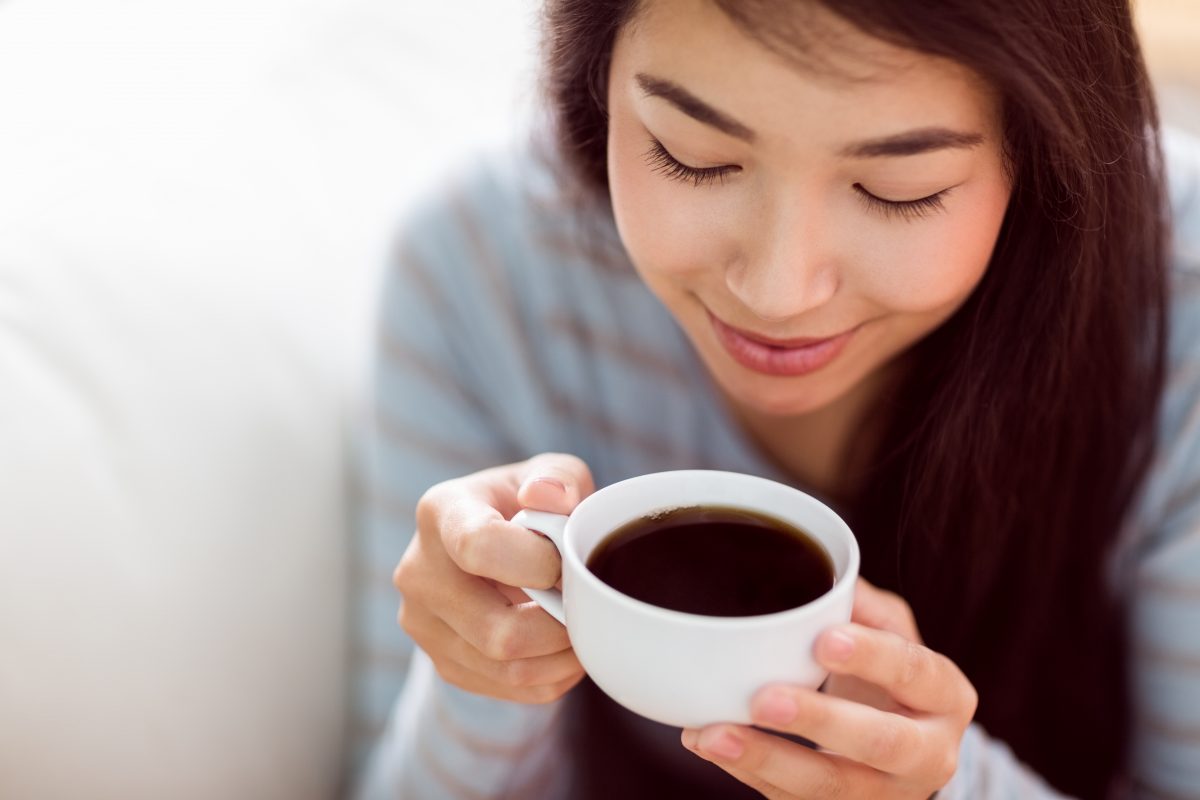 CGAs also reduce glucose absorption in the small intestine and the release of glucose from the liver. These improvements in glucose regulation, together with effects on the release of gut hormones involved in satiety, help to suppress hunger and may reduce the risk of type 2 diabetes.

Unfortunately, green coffee bean extracts gained a bad reputation when one manufacturer-funded study showed extraordinary reductions in body weight (8kg in 22 weeks) was retracted following allegations of data falsification. Leaving that study aside, most of the research investigating the effects of coffee on metabolism and weight loss are small, but show promising results.

Another study, involving 33 volunteers, showed that drinking freshly brewed arabica coffee enriched with green coffee bean extracts, (250mls, three times a day) for 4 weeks, had beneficial effects on weight, with reductions of 0.62mg weight, and 0.68kg fat, despite no other changes in normal dietary or lifestyle habits. This effect was attributed to the increased metabolic rate associated with caffeine and chlorogenic acids, and a suppression of appetite which significantly reduced energy intake.

Decaffeinated coffee bean extracts are available if you prefer to avoid the stimulating effect of caffeine..

In one study, a single dose of 100 mg caffeine increased the resting metabolic rate of both lean and obese volunteers by 3% to 4% over 150 minutes, as well as increasing the amount of heat they generated (diet-induced thermogenesis). Repeated caffeine doses of 100 mg every 2 hours for 12 hours increased their energy expenditure by between 8% and 11% during that period. The overall result was that the lean individuals burned an additional 150 kcals energy, while the obese volunteers burned an additional 79kcals.


In another study, 12 healthy males drank 150 ml decaffeinated coffee (containing CGAs), with or without 200mg added caffeine. Their resting metabolic rate, skin and core body temperatures were monitored over the following 3 hours. Caffeine ingestion had an immediate, significant effect in boosting their metabolic rate by an average of 7% which was sustained for at least the following testing period of 3 hours. Internal and skin temperature increased with both the decaffeinated and caffeinated coffee, but was greater after consuming caffeine.

Decaffeinated coffee bean extracts are available if you prefer to avoid the stimulating effect of caffeine, however (for example if it tends to keep you awake at night).

Caffeine may also suppress hunger – at least in males. A study involving 10 men and 10 women investigated the effects of taking a 300mg dose of caffeine half an hour before they were offered an eat-all-you-want meal. In men, pre-loading with caffeine reduced the amount eaten at the meal by 21.7% compared to placebo (816 kcals versus 1043 kcals) but in women the effect was not statistically significant (603kcals vs 625 kcals).

Although these studies involve small numbers of people, they suggest that adding green coffee extracts to a sensible diet and exercise regime could provide additional help if you are struggling to lose weight.

It is important to only buy good quality brands made to a pharmaceutical standard known as GMP, however. This ensures they are checked at every stage of processing for purity, and provide a consistent dose. This is vital, as some unregulated green coffee brands were found to contain a prescription-only drug, sibutramine.

Green coffee bean extracts contain caffeine, which can increase blood pressure in some people. The chlorogenic acids have the opposite effect, however, by improving blood vessel elasticity. As a result, taking green coffee bean extracts is associated with a significant reduction in blood pressure in people with mild hypertension. Coffee itself also appears to have beneficial effects against heart and circulatory disease.

Although none of the trials reported any serious side effects, one person withdrew from a study because of headaches (possibly related to the caffeine) while another withdrew due to a urinary tract infection (probably not related to the extracts).

If you are taking any prescribed medication, it’s always wise to seek advice from your doctor or a pharmacist before taking any supplements.