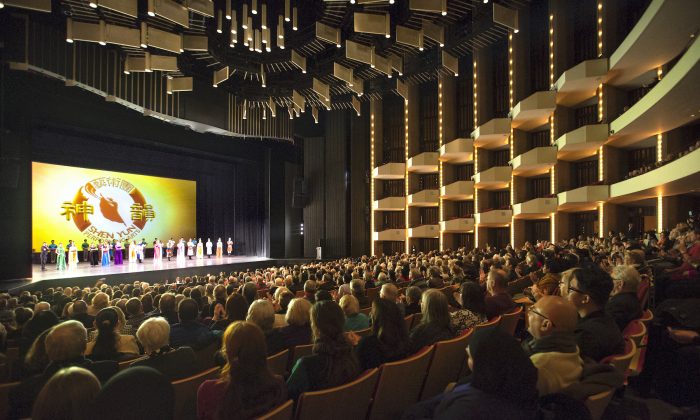 “I particularly enjoyed it. It was my first time coming, but it was a wonderful experience. Very, very good.”

“I think it’s great to be presenting [China’s culture] to people, and it’s nice to have someone [the emcees] who’s giving you the background in between different performances, so you’re getting the story as well as the dance.”

“The colors, the movement, and the way that the two combined can take over the whole stage even when it’s just one person moving.”

“[The storylines] were very nicely done, [with] enough information. I speak both French and English, so for me it was easy to follow what both [emcees] were saying, so I feel that that introduction plus the story was brilliant. The graphics are an interesting addition.”

“It was interesting to hear how much history there is, and that they’re not allowed to perform in China. I thought that was quite interesting, to see that [Shen Yun has] boomed so quickly and that there are so many folks interested.”