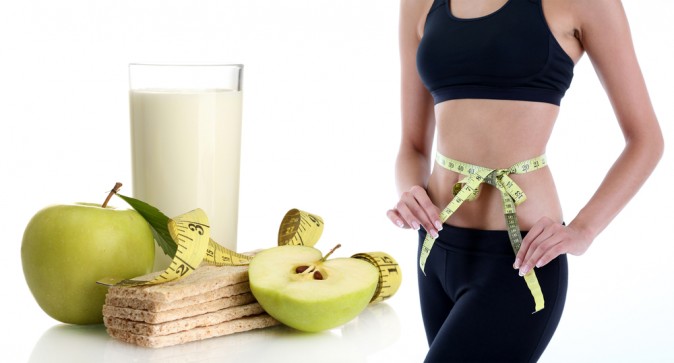 Rats who were given the bacterium from before birth until adulthood put on significantly less weight than other rats, even though both groups of rats ate a similar diet.

“The study … found the rats given lactobacilli had a richer and better composition of the bacteria which occur naturally in the intestines. A healthy gut flora should contain a large proportion of ‘good bacteria,’ such as lactic acid bacteria — found in yogurt, cheese, sauerkraut, pickles, beer, wine, cider, chocolate and other fermented foods”.

One of the reasons why fermented foods are so beneficial is because they contain lactic acid bacteria; a type of beneficial gut bacteria that research shows can help you stay slim. I have long stated that it’s generally a wise choice to “reseed” your body with good bacteria from time to time by taking a high-quality probiotic supplement or eating non-pasteurized, traditionally fermented foods such as:

When rats were given lactic acid bacteria while in utero through adulthood, they put on significantly less weight than other rats eating the same high-calorie diet. They also had lower levels of minor inflammation, which has been associated with obesity.

Similarly, in human babies gut bacteria have also been shown to impact weight. One study found babies with high numbers of bifidobacteria and low numbers of Staphylococcus aureus — which may cause low-grade inflammation in your body, contributing to obesity — appeared to be protected from excess weight gain. This may be one reason why breast-fed babies have a lower risk of obesity, as bifidobacteria flourish in the guts of breast-fed babies.

This is only the beginning of research showing that lean people tend to have higher amounts of various healthy bacteria compared to obese people.

An Important Consideration if You’re Struggling to Lose Weight

Two other studies found that obese individuals had about 20 percent more of a family of bacteria known as firmicutes, and almost 90 percent less of a bacteria called bacteroidetes than lean people. Firmicutes help your body to extract calories from complex sugars and deposit those calories in fat.

When these microbes were transplanted into normal-weight mice, those mice started to gain twice as much fat. So this is one explanation for how the microflora in your gut may play a key role in weight management.

Yet another study showed that obese people were able to reduce their abdominal fat by nearly 5 percent, and their subcutaneous fat by over 3 percent, just be drinking a probiotic-rich fermented milk beverage for 12 weeks. Given that the control group experienced no significant fat reductions at all during the study period, this is one more gold star for probiotics.

Probiotics have also been found to benefit metabolic syndrome, which often goes hand-in-hand with obesity. This makes sense since both are caused by a diet high in sugars and unhealthy fats, which leads to insulin resistance, fuels the growth of unhealthy bacteria, and packs on excess weight. Probiotics even appear beneficial in helping women lose weight after childbirth when taken from the first trimester through breastfeeding.

Did You Know Your Gut Was THIS Important?

Many people think of their gut as a simple mechanism to digest food, but this is a woefully inadequate assessment. Your gut is quite literally your second brain as well as the home to 80 percent of your immune system.

The micro-organisms living in your digestive tract form a very important “inner ecosystem” that influences countless aspects of health. More specifically, the type and quantity of organisms in your gut interact with your body in ways that can either prevent or encourage the development of many diseases, including heart disease and diabetes. You may be familiar with some of the more expected signs that you need to address your intestinal bacteria balance, such as:

These are all signs that unhealthy bacteria have taken over too much real estate in your gut, and these warning signs should be taken seriously, since a healthy gut is your number one defense system against ALL disease.

A healthy ratio of good to bad gut bacteria is also essential for:

The probiotics in your gut also play a role in helping numerous bodily functions, such as:

The Top Step to Optimize Your Gut Bacteria AND Shed Pounds …

Avoid consuming sugar, including fructose, and processed foods (which virtually all contain added sugar and fructose). The sugars serve as fuel for the growth of pathogenic anaerobic bacteria, fungi and yeast, and competitively inhibit your good bacteria, tending to crowd them out of their appropriate niche. These pathogenic bacteria, fungi and yeast then produce metabolic waste products that will cause your health to deteriorate.

When you eat a healthy diet, based on your nutritional type, that is low in sugars and processed foods, it automatically helps enable the beneficial bacteria in your gut to flourish.

At the same time, limiting fructose is essential not only for the make up of your gut bacteria but also for your weight directly. Fructose tricks your body into gaining weight by fooling your metabolism, as it turns off your body’s appetite-control system. Fructose does not appropriately stimulate insulin, which in turn does not suppress ghrelin (the “hunger hormone”) and doesn’t stimulate leptin (the “satiety hormone”), which together result in your eating more and developing insulin resistance.

Why Keeping Your Gut Bacteria in Balance is an Ongoing Process

Your gut bacteria are also very sensitive to:

Because virtually all of us are exposed to these at least occasionally, ensuring your gut bacteria remain balanced should be considered an ongoing process. Cultured foods like raw milk yogurt and kefir, some cheeses, and sauerkraut are good sources of natural, healthy bacteria, provided they are not pasteurized..

So my strong recommendation to virtually everyone reading this would be to seek to make cultured foods a regular part of your diet; this can be your primary strategy to optimizing your body’s good bacteria.

If you do not eat fermented foods on a regular basis, taking a high-quality probiotic supplement is definitely recommended. In fact, this is one of the few supplements recommended to all new patients in my clinic. A probiotic supplement can be incredibly useful to help maintain a well-functioning digestive system when you stray from your healthy diet and consume excess grains or sugar, or if you have to take antibiotics.

*Images of “waist” and “mango lassi” via Shutterstock