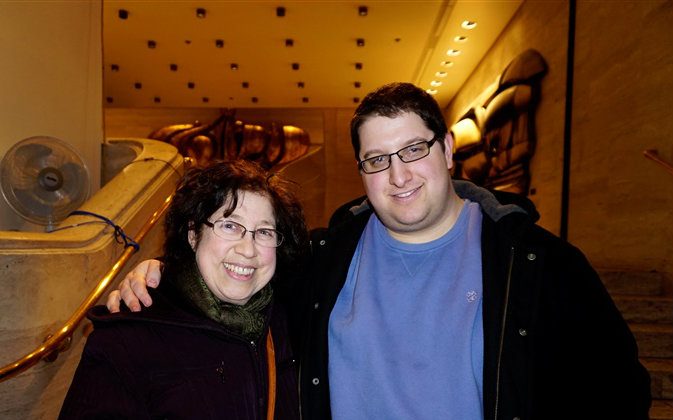 Mr. Noble called the classical Chinese dancing “very powerful and coordinated,” while Ms. Noble, who is a registered nurse, described it as “graceful, spectacular, and tradition-bound.”

Mr. Noble was surprised to learn that such a performance—one that embraces Chinese traditions and values—is not allowed in China.

“You can hear it throughout the audience, when they [the emcees] said this was outlawed in China, you can feel them going, ‘how ridiculous is that!’ Any self-respecting society shouldn’t have to ever stand through something like that,” Mr. Noble said.

Shen Yun’s mission is to revive the spiritual essence of Chinese culture, according to the company’s website. Under decades of communist rule, traditional Chinese culture—built on the foundations of Taoism, Buddhism, and Confucianism—has been nearly annihilated. Because Shen Yun is based in New York, its artists are free to draw from the deep well of Chinese history.

Ms. Noble said that Shen Yun’s commitment to free artistic expression is evident in the performance.

“No matter what happens in a country’s political life, no matter what regime is in power, no matter what kinds of changes they try to make, people are very much tied to their ancient beliefs and you cannot cut those ties. The dancing really shows that there’s an effort to hold on to things that are so important,” she said.

Classical Chinese dance plays an important role in this regard, as the Shen Yun website describes it: “Classical Chinese dance has a long history of thousands of years, and while soaking up profound wisdom from every era and dynasty, it has become a complete system of dance, embodying traditional aesthetic principles.”

Mr. Noble recommended that others living in free countries where Shen Yun can perform also take the opportunity to see the performance.