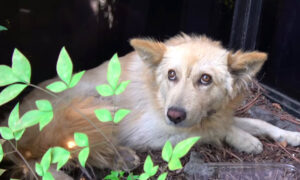 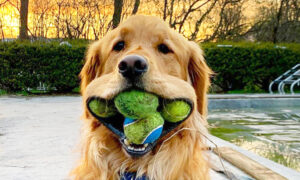 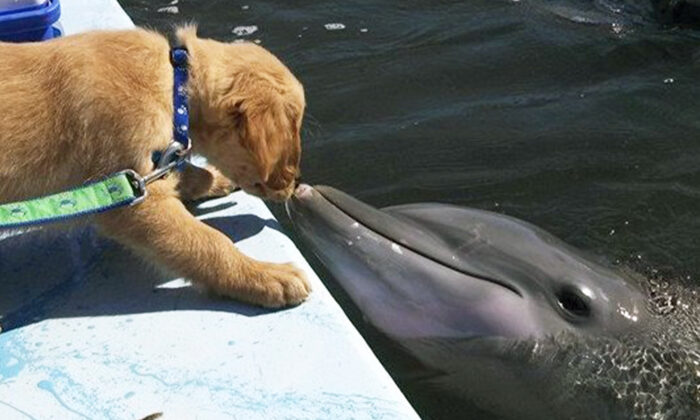 While human-animal friendships are always touching, it’s even more exciting to see two animals coming from very different species finding each other. That’s certainly the case for an incredible bond forged by Delta the dolphin with Gunner the Golden Retriever ever since the latter was a puppy.

The two unlikely buddies met at the Dolphin Research Center (DRC), a nonprofit dolphinarium in Grassy Key, Florida, where the 10-year-old Delta lives. Gunner is the canine companion of Marie Blanton, a senior trainer at the DRC who introduced the two when Gunner was just an 8-week-old puppy.

The special bond shared by these interspecies companions has lasted over the years. The charming pair—whose kisses and longing looks have enchanted social media users—first came to prominence on the Twitter account We Rate Dogs. The pair received a humorous 13/10 for their exceptional friendship and adorable pictures.

Delta, born in the sanctuary in 2009, is described by the DRC website as “a very curious, bright, and independent guy.” They mentioned that the bottlenose dolphin is “athletic and loves to wow the audience with his spectacular high energy behaviors.”

Blanton first got the dog and the dolphin together with the hopes that meeting little Gunner would help Delta adapt to a variety of creatures and situations.

Blanton told Insider that the puppy was spellbound on meeting Delta from the beginning.

“When [Gunner] first went on the docks, I was expecting him to bark, or get really excited, but he did the exact opposite: He just laid down and watched,” Blanton said.

The fact that the dog was immediately so calm helped Delta, then 4 years old, feel safe and express his natural curiosity. As Blanton was training Gunner at the time, she brought him to work every day, and the pup soon became a familiar friend.

“I started to notice that every time I would bring Gunner down, Delta was the first dolphin over to the dock,” Blanton said. “He would bring him his toys as if he was trying to play with him.”

Over the seven years that Gunner has been on the scene, the two friends have remained close, with the affectionate golden retriever still stopping by for a kiss and snuggle.

Despite the difference in species, their “friendship just blossomed over time,” Blanton told Insider.

Blanton said as she brings Gunner to the center only a few times in a month now, they both “don’t get to see each other quite as much now.” However, they apparently still recognize each other immediately and always come in for a kiss, she said.

Trainer Emily Pacenta said on Twitter, “Gunner is best friends with all 26 dolphins we take care of!”

Many animal lovers online marveled at how close the two had become. Needless to say, there’s no question that Gunner and Delta have a special bond, and here’s hoping that the two will have many more happy years together.