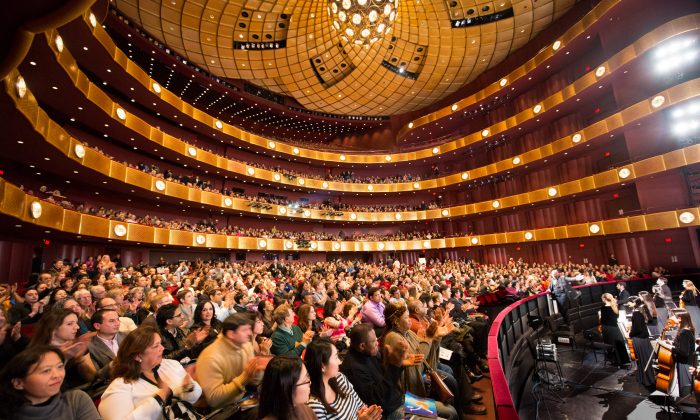 NEW YORK—”The dancing was so spectacular,” said one of the top executives from DDB Worldwide after seeing Shen Yun Performing Arts on Jan. 15, at the Lincoln Center’s David H. Koch Theater.

The executive made the comment in specific reference to a dance piece that featured Tibetan ethnic dancing, titled “Snow-Capped Celebration.”

“I just learned a little bit more about the incredible history of China,” said the executive. He holds one of the top positions at DDB Worldwide Communications Group Inc., one of the largest advertising and marketing firms in the world. DDB maintains offices in more than 90 countries.

“It’s just a great shame that they can’t perform this in China,” he said.

Shen Yun also depicts the modern persecution of Chinese people under the Communist regime, including the persecution of peaceful practitioners of the banned meditation discipline Falun Gong. As a result, while Shen Yun travels to cities around the world, it is not allowed in China.

Shen Yun’s website explains further: “The company’s mission is to use performing arts to revive the essence of Chinese culture—traditionally considered a divinely inspired civilization. Since the CCP is officially an atheist regime, it is afraid of the freedom of expression this arts company enjoys in the West.”