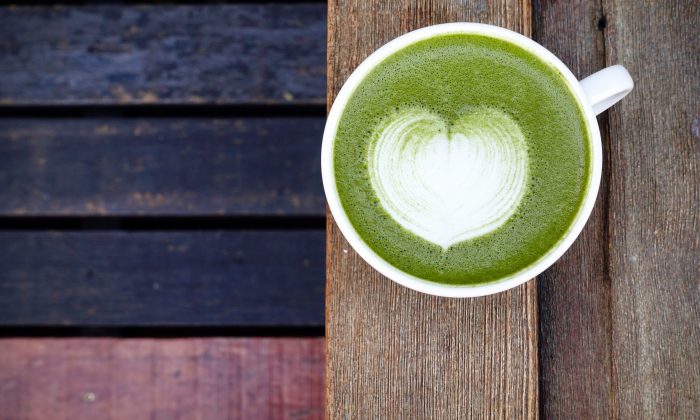 Get the Most From Your Green Tea

If you’ve ever found it curious how devoted the English, Chinese and East Indians seem to be about keeping their tea times (not tee times), you might be interested to know that it often goes far beyond simple enjoyment and R & R. It’s often just as much about the health benefits, which can relate to better health and longer life.

One of the most interesting paradoxes regarding tea, especially matcha green tea, is that it can soothe, calm and relax you while simultaneously intensifying your alertness.

One reason green tea is so good for you is because of its incredibly potent antioxidants.

Like many fruits and berries, green tea contains high amounts of polyphenols, particularly a catechin known as epigallocatechin-3-gallate (EGCG). This most predominant antioxidant offers 25 to 100 times more antioxidant activity than even vitamins C and E.

How to Get the Most Flavonoids From Your Green Tea

While there are many antioxidants in green tea, remember that polyphenols are antioxidants, and catechins, as discussed, are one of the most powerful. Many clinical studies use therapeutic dosages to test them out, but when you ingest the actual food or drink — in this case, green tea — you also get benefits.

Regarding EGCG content in different teas per cup, Acne Einstein noted that many studies used therapeutic dosages of 300 milligrams (mg) to 1,000 mg per day.

In comparison, analyzing the list of teas on the U.S. Department of Agriculture (USDA) website in relation to the highest flavonoid content, brewed green tea outstrips any other type easily with 180 mg of EGCG content per cup. The decaffeinated version offers just 60 mg, while bottled green tea has just 10 mg.

“Epidemiological data suggest that green tea (GT) consumption may protect against cardiovascular diseases (CVDs) and different types of cancer. This effect is attributed primarily to the antioxidant properties of flavanols from (green tea) …

This may contribute to the protection against CVDs and different types of cancer. Beneficial effects seem to be more likely in participants exposed to oxidative challenge.”

Epidemiological studies indicate that people who drink six or more cups of green tea a day have lower levels of damage from inflammation, even DNA damage. In fact, the University of Maryland Medical Center (UMM) lists numerous health benefits from green tea consumption:

“Green tea can help prevent dental cavities [and] may also be useful in inflammatory diseases, such as arthritis, by reducing inflammation and slowing the breakdown of cartilage. Chemicals in green tea may help treat genital warts, treat dermatologic conditions and prevent symptoms of colds and flu …

Green tea may play a role in preventing Parkinson disease, cognitive decline, and osteoporosis. Studies also show that drinking green tea is associated with reduced risk of dying from any cause.”

People who struggle with acne have more systematic inflammation than is common, but once again, drinking green tea has been found to be very beneficial. Anecdotal evidence — in short, people who noticed improvement and reported it — has been very encouraging.

Studies have shown that people with severe acne had more problems with inflammation and fewer antioxidants than those with mild acne. One study comments that “the notion that lipid peroxidation is a ‘starter gun’ in acne is not a new one.”

Inflammation of this order can come from a number of sources, but several to pay close attention to include gut health (or lack thereof), getting inadequate sleep and high levels of stress.

Without a doubt, people with acne should consider what they eat in relation to their skin problems, as more than one study has explored acne being due to consuming unhealthy foods.

There must be something to be said about the fact that in many indigenous societies, acne is virtually unheard of, while in so-called “enlightened” populations, it’s a big problem. The above study noted:

“How could we ever rule out the possibility that diet has no effect on acne? Especially when diet influences the absorption of a nutrient or a drug that affects the mitigation of that disease? Maybe we cannot treat acne with nutrition but we can certainly influence it.”

Time, Type and Temperature Makes a Difference in Tea Brewing

Between the three main varieties of tea — green, black and oolong — how the tea leaves are processed makes all the difference. Then there’s white tea, which researchers believe may have similar health characteristics compared to green tea.

Matcha tea, which means “powdered tea,” is authentically green, but possesses several other differences that set it apart. While regular green tea involves soaking the leaves, either loose or in a bag and pitching them, matcha green tea is the actual leaves, ground micron fine. Acne Einstein cites the findings in a UK study and explains:

” … [W]hen you make tea using tea bags you’ll get significantly less EGCG than from loose leaf and powdered teas. The authors speculated that this could be because the tea bag itself prevents some EGCG from being absorbed. Or, more likely, that tea bag contains lower quality leaves.”

Say you decided to prepare a cup of green tea and heated the water to less than boiling, then steeped your grocery store teabag for less than a minute. Studies reveal that in comparison, using high-quality, loose leaf tea and brewing it in boiling water from three to four minutes increases the antioxidant potential three to five times over.

The best amounts to use when measuring loose-leaf tea is a ratio of 4 teaspoons of tea for every 4 cups of water.

According to one study, the hotter the water you brew your loose-leaf tea in, the more antioxidants you can expect to benefit your body. Further, the EGCG extraction is particularly sensitive to water temperature; brewing water in 80 degrees C, or 176 degrees F, imparts only about 60 percent of the ECGC from the tea leaf.

The best amounts to use when measuring loose-leaf tea is a ratio of 4 teaspoons of tea for every 4 cups of water. Drink it while it’s hot; freshly brewed tea is also superior to tea that’s been sitting for a few hours. Further, as an FYI, adding milk can diminish the potency of some of the antioxidants, while adding a spritz of lemon can boost the green tea benefits and increases the catechins for better absorption by five times, one study shows.