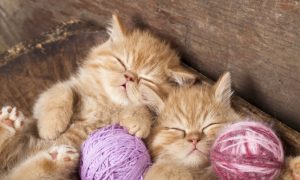 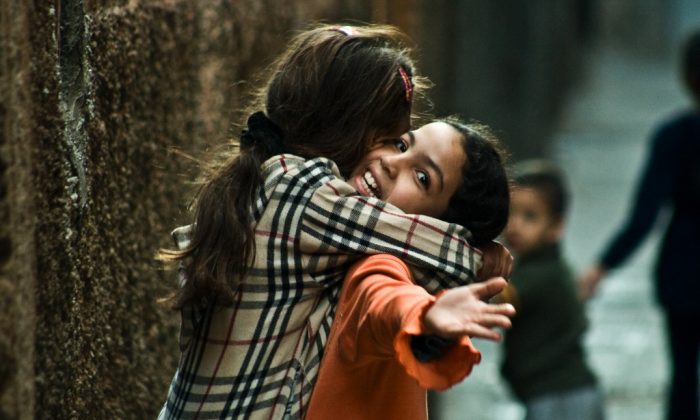 This may very well be the “hug threshold” that allows your body to produce ample amounts of oxytocin, which is released in response to physical touch. The neuropeptide oxytocin, released by your pituitary gland, is a naturally occurring hormone in your body with incredibly powerful, health-giving properties.

It is also a key reason why the simple act of hugging is such an incredible way to not only bond with others but also boost your physical, and emotional, health.

Give Someone a Healthy Hug Today (Video)

How Hugging Makes You Healthier

Hugging increases levels of the “love hormone” oxytocin. This, in turn, may have beneficial effects on your heart health and more. One study found, for instance, that women had lower blood pressure following a brief episode of warm contact with their partner.

A 20-second hug, along with 10 minutes of hand-holding, also reduces the harmful physical effects of stress, including its impact on your blood pressure and heart rate. This makes sense, since hugging is known to lower levels of stress hormones like cortisol. But research suggests there’s even more to it than that. As reported by Mail Online:

“The skin contains a network of tiny, egg-shaped pressure centers called Pacinian corpuscles that can sense touch and which are in contact with the brain through the vagus nerve. The vagus nerve winds its way through the body and is connected to a number of organs, including the heart.

It is also connected to oxytocin receptors. One theory is that stimulation of the vagus triggers an increase in oxytocin, which in turn leads to the cascade of health benefits.”

A 10-second hug a day can lead to biochemical and physiological reactions in your body that can significantly improve your health. According to one study, this includes:

There’s no doubt that hugging, caressing, and cuddling feel good. As neurologist Shekar Raman, MD, said in the Huffington Post:

“A hug, pat on the back, and even a friendly handshake are processed by the reward center in the central nervous system, which is why they can have a powerful impact on the human psyche, making us feel happiness and joy… And it doesn’t matter if you’re the toucher or touchee. The more you connect with others — on even the smallest physical level — the happier you’ll be.”

Yet, many people are touch-deprived. One study found that one-third of people receive no hugs on a daily basis while 75 percent said they wanted more hugs. Findings such as these, coupled with the emotional and health benefits of human touch, have led to the emergence of cuddle therapy centers, where people can pay for a lunchtime cuddle.

However, the verdict is still out on whether or not cuddles from strangers have the same impact as those from someone you know and trust. While cuddling with a spouse or partner has been shown to boost satisfaction in relationships, at least one study showed that hugs are only beneficial if trust is involved.

The lead researcher actually cautioned against worldwide “free hugs” campaigns (where strangers offer hugs to others), saying that this may be perceived as threatening and actually increase emotional burden and stress. However, proven benefits have been found from cuddling with a pet, which shows hugs don’t have to only be between humans to be beneficial. Even cuddling with your trusted pet may offer significant benefits to your heart and overall health.

Did you know that, on average, people spend on hour a month hugging? That doesn’t sound like much, but when you consider that the average hug is under 10 seconds long… that’s a lot of hugs!

Happiness Weekly compiled even more fun facts about hugging that highlight just how incredible this act of touch really is. For instance, a full-body hug stimulates your nervous system while decreasing feelings of loneliness, combating fear, increasing self-esteem, defusing tension, and showing appreciation.

And if you had any doubt about the importance of touch, consider that children who aren’t hugged have delays in walking, talking, and reading. A quick hug has a near-immediate impact on health, lowering your heart rate and inducing a calming effect while also leading to a more upbeat mood!

Interestingly, hugging has just as much a benefit for the person doing the hugging as the person being hugged, revealing the reciprocal nature of touch. Touch is even described as a universal language that can communicate distinct emotions with startling accuracy. One study found that touch alone can reveal emotions including anger, fear, disgust, love, gratitude, and sympathy, with accuracy rates of up to 83 percent.

Even More Reasons to Give (or Get) a Hug Today

Hugs are one of the most succinct ways to encourage your body to release oxytocin, and the more oxytocin your pituitary gland releases, the better able you are to handle life’s stressors.

Oxytocin decreases the level of stress hormones (primarily cortisol) your body manufactures and lowers your blood pressure response to anxiety-producing events. Oxytocin quite likely plays a role in why pet owners heal more quickly from illness, why couples live longer than singles, and why support groups work for people with addictions and chronic diseases.

Oxytocin has also been found to reduce the cravings of drug and alcohol addiction, as well as for sweets. It even has a positive influence on inflammation and wound healing. Even beyond this, regular hugs have the added benefit of:

Do You Need a Good Hug?

Often making a concerted effort to hug the people close to you is one of the best ways to get more hugs in return. This can include your spouse, children, and other family members along with close friends. But even if you’re not currently in a life situation conducive to getting daily hugs and producing enough of your own oxytocin on a regular basis, the good news is there are some alternatives you can use to help you deal in a healthy way with your emotional response to stress and anxiety.

With the already known and still-to-emerge health and quality of life benefits to be derived from the natural release of oxytocin in your body, your best course of action is to make sure you’re cultivating warm, loving, intimate relationships, no matter what stage of life you’re in. Additionally, if you have a pet, just a few minutes petting your dog or cat can promote the release of your body’s “happiness” hormones, including oxytocin. Since touch anywhere on your body, as well as positive interactions and psychological support, are known to increase oxytocin levels, you might also consider:

*Image of “hug” via Montse PB/Flickr/CC BY