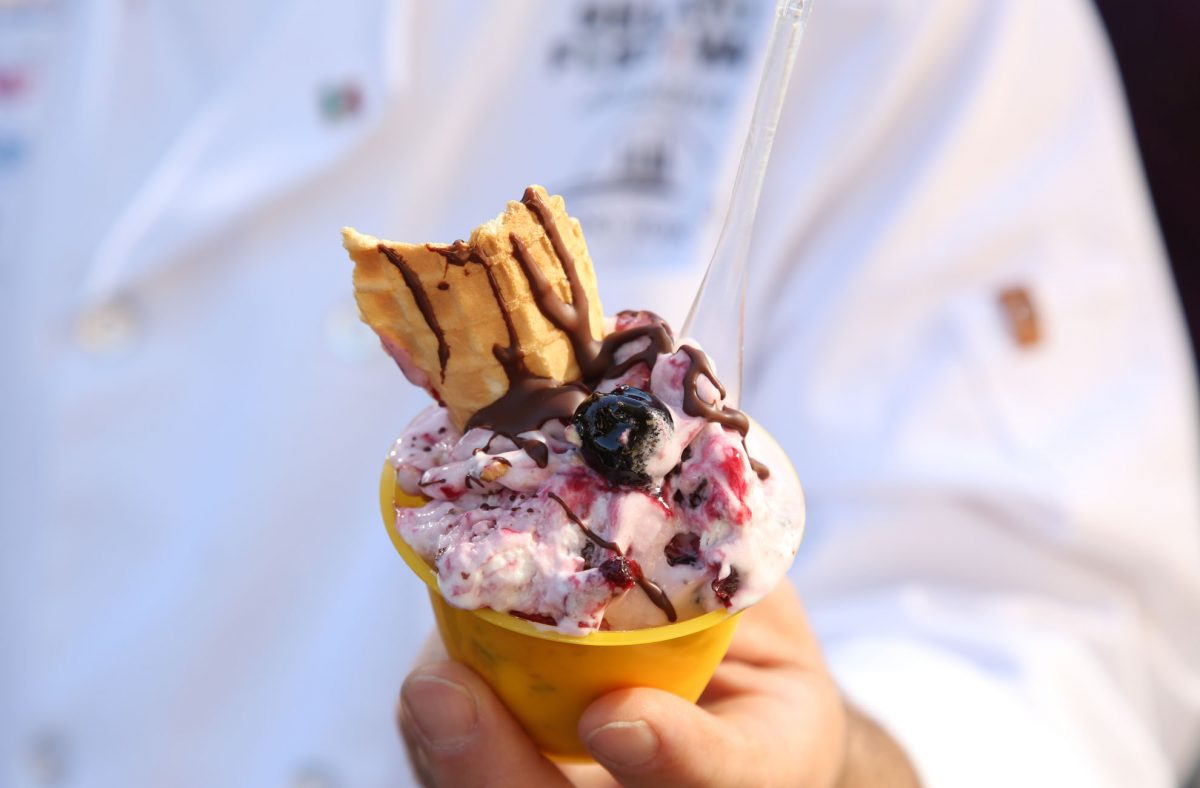 Guests can enjoy a creamy creation from each gelato chef at the festival. (Courtesy of Gelato Festival)
Food

From Florence to America, Gelato Festival Hits the Road

Gelato Festival America—part competition, part educational roadshow—is spreading the tradition of Italian artisanal gelato in the United States. The touring festival was started in Florence, Italy, and has been held nine times across Europe. This year, it kicks off its second American tour in Jersey City, N.J., on Aug. 11–12. Later stops include Chicago (Aug. 25–26); Washington, D.C. (Sept. 8-9); Los Angeles (Sept. 22–23); and Dallas (Sept. 29–30).

In each city, local gelato makers will face off with original flavors created for the event, and festival-goers can try a scoop of each and vote for their favorites. The winner will be determined by combining the popular vote with the decision of a technical jury, and will go on to compete for a chance to participate in the Gelato Festival World Masters 2021 in Italy.

Ticket-holders can also try flavors from festival sponsors including Carpigiani Gelato University, watch and learn from award-winning gelato experts, and compete in a gelato-eating contest. Young foodies can apply to be part of a special Kid’s Jury.

Tickets start at $20 online, and $25 on-site. The full list of cities and tickets are available at GelatoFestivalAmerica.com.