French Producer: Shen Yun Is a ‘Show to Return To’ 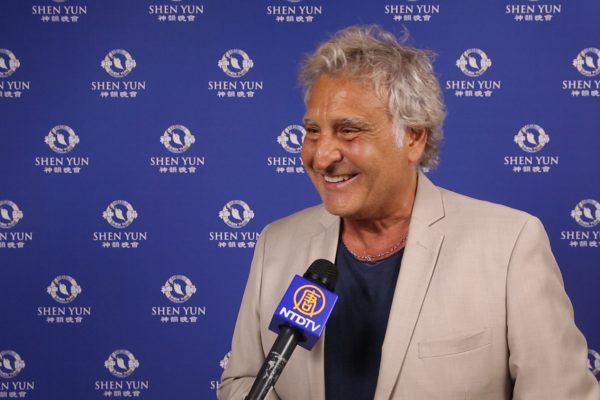 Norbert Nacash, now a producer, was a successful singer and part of the Nacash Brothers group. He enjoyed the Shen Yun performance at the Palais des Congrès de Paris, in Paris, on May 5, 2018. (The Epoch Times)

“It is with delight that I attended this show with my little daughter who is 8 years old. We really enjoyed this show which is a marvel in all the scenes.”

“There were waves [from the music] … we were aware of it in the audience. My little daughter was so focused [on the performance,] she was as if captivated, she was inside, in the music, in the show, in the spiritual, in this music that is so beautiful, the music that brings together all the citizens of the world.”

“On a spiritual level I felt a message, a passage, a transmission … and something universal where everyone could take each other by the hand.”

“This choreography, the softness, the colors, the culture of origin … it’s a show to return to, a show to see again!”