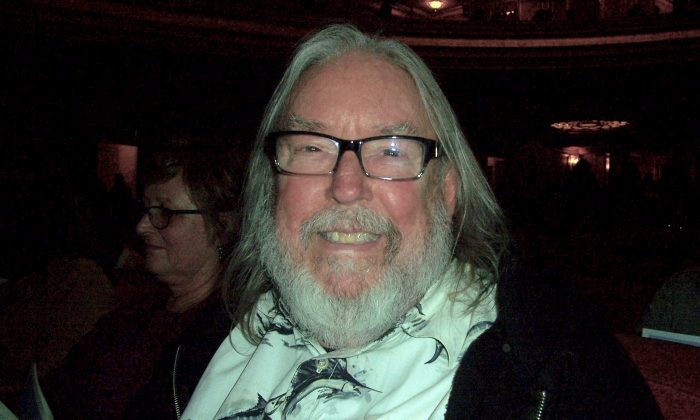 When he saw 5,000 years of ancient Chinese civilization presented through one big performance of music and dance in Shen Yun Performing Arts, he was just all smiles.

“Every good show has to have a good effect, right? And that effect was really wonderful,” Mr. Bowley said at the War Memorial Opera House on Jan. 9. He praised the scenes, the imagery, the work and ingenuity—and made clear he wasn’t just talking “about the technical stuff—but I was very much impressed with that technical aspect.”

The effect New York-based Shen Yun is going for is to revive the authentic traditional Chinese culture through the performing arts.

As the program explains, Shen Yun is not a performance that can be seen in China, as traditional culture has been all but destroyed by the communist regime. It is a culture that is deeply spiritual, rooted in principles and values such as compassion, loyalty, and respect for the heavens. The communist regime, on the other hand, is officially atheist and promotes struggle between and against mankind and nature.

“It’s a cultural wonder. It’s so spiritual. It’s so beautiful. The dancing, the music, the storytelling,” said Mr. Bowley.

Being a storyteller himself, he was intrigued by how Shen Yun conveyed stories through dance. The performers used different cultural forms, he noted: classical Chinese dance and traditional Chinese instruments that harmonized with a Western orchestra—both known for their expressive qualities.

“It was really interesting watching a different cultural way of telling a story. The expressiveness, and how the choreography expressed things in such a really different, wonderful way,” Mr. Bowley said.

It was eye-opening for Mr. Bowley, as he realized many of the forms he recognized in the dance—acrobatics, gymnastics, folk characters, some dance steps—actually originated from China.

“It goes back to a time that I’m interested in,” he said. “The grace, the individual dancers, the talents, the skillset that they show in terms of what they’re doing. I really like dance, obviously.”

Of course, the musician in me loves the music.
— Dann Bowley

And, being “an old league guitar player,” Mr. Bowley had secured himself tickets with a great view of the orchestra. “Of course, the musician in me loves the music.”

He saw instruments he didn’t even know the names of, but saw them played wonderfully.

Mr. Bowley pointed out one of the traditional Chinese musicians, and noted her good techniques and dynamics. Even without knowing the instrument, he said, those were indications of what a good musician she was.