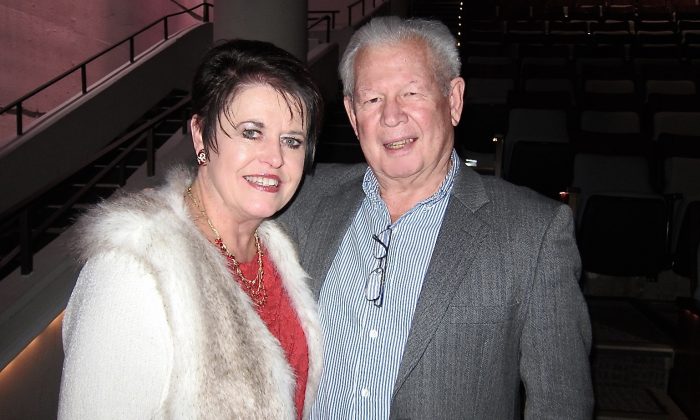 A visit to Grand Rapids for his son’s wedding gave them the opportunity to see Shen Yun; otherwise they would have gone to Detroit to see it. They were not going to miss Shen Yun.

Mr. Whitefield said Shen Yun was a cultural experience not to be missed. He feels that society today is in moral decline and that Shen Yun offers a cultural rebirth heralding a moral rebirth.

The costuming and choreography is magnificent.
— Art Whitefield

He said that coming to the performance was a unique experience. “The costuming and choreography is magnificent. It was excellent!” he said.

Shen Yun is based in New York and at first glance, is a music and dance company featuring sophisticated dance techniques, beautiful costumes, and stunning backdrops, all of which combine to take you on a journey of thousands of years of Chinese culture.

“But digging deeper, one discovers a sea of traditional Chinese culture. Mortals and divine beings merge on stage as one. Principles such as benevolence and justice, propriety and wisdom, respect for the heavens, and divine retribution, all come to life, washing over the audience,” the Shen Yun website states. “Originating from Confucianism, Buddhism, and Taoism, these ideals are the essence of traditional Chinese culture.”

As a Christian, Mr. Whitefield saw universal messages of hope in Shen Yun, messages for all humanity.

The performance was “very enjoyable,” he said. “I liked the spiritual message. I am very uplifted by this.”

Mrs. Whitefield said: “It was just outstanding. The dancing, and the costuming—it was just extraordinary. I have never seen anything like it.”

“We will recommend this to our friends and family,” she added.