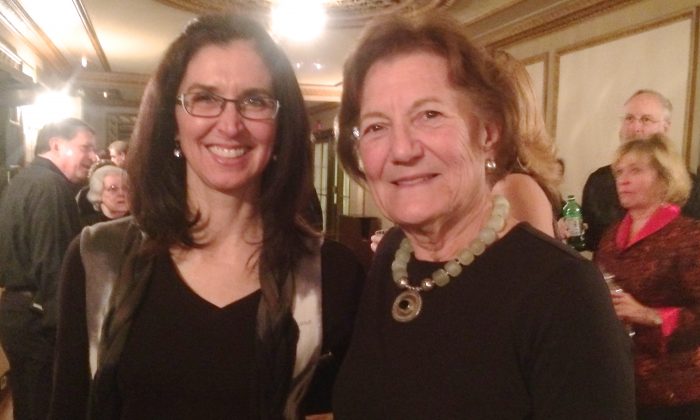 BOSTON—Shen Yun Performing Arts was greeted by an enthusiastic audience for the third of four shows at the City Wang Theatre, in Boston, Mass., March 1.

Lucile ‘Cile’ Hicks, who served in the Massachusetts Legislature for over a decade, spoke enthusiastically during the intermission about the performance, which she attended with her son and daughter-in-law.

Mrs. Hicks particularly appreciated the synchronicity of the dancers, and the scenes of Chinese landscapes depicted on the digital backdrop.

Shen Yun’s state of the art digital backdrops “are magical windows to completely different realms,” according to the Shen Yun web site.

“I’m a gardener, and so I love seeing the scenery with the gardens, the Chinese gardens,” said Mrs. Hicks.

Founded in 2006, the New York-based Shen Yun’s mission is to restore 5,000 years of China’s traditional Chinese culture. Shen Yun has been acclaimed all over the world, presenting classical Chinese dance, soloists, vivid costumes and animated backdrop, and a unique orchestra blending Western and ancient Chinese instruments.

“I love the folktales and hearing the folklore of the country,” said daughter in-law, Robin Hicks.

Ms. Robin Hicks was impressed by how clearly the legends and stories were communicated through the universal language of dance.

Shen Yun takes audiences on a journey recounting ancient myths, bygone heroes, or celestial paradises, according to the company’s website.

“It’s interesting how easy it is to follow the details of the story considering that it is another culture and another language,” Ms. Robin Hicks said.