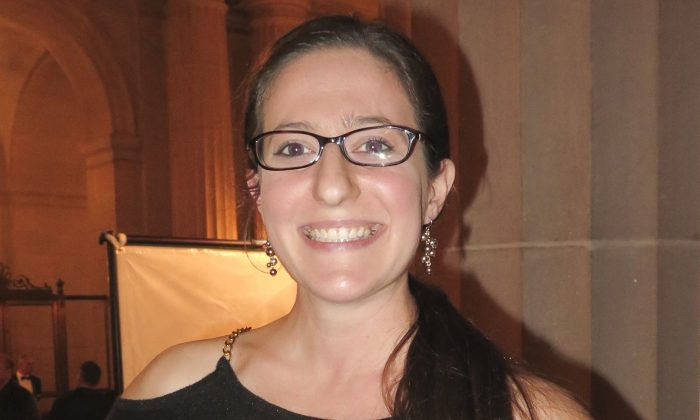 Shen Yun Performing Arts, which is based in New York, is a world-class performing arts company whose mission is to revive 5,000 years of Chinese culture through classical Chinese dance. This dance form has been passed down for thousands of years, and is extremely intricate and profound.

Ms. Yembrick trained as a ballet dancer in her youth and was very impressed with the skill level of the dancers’ performance. Appreciating the difficulty of keeping perfectly in unison throughout the show she said, “That [keeping in unison] was always something that was always very hard for the teams I was dancing on but people [in Shen Yun] are right on with each other.”

According to the official Shen Yun website, “Classical Chinese dance is composed of three main parts: bearing, form, and technical skill. Other than complete training in the fundamentals, it also entails systematic training in movements and postures, as well as very difficult jumping and tumbling techniques. And so, alongside ballet, classical Chinese dance is one of the most comprehensive dance systems in the world.”

Amanda noted The Power of Compassion as a standout part of the show. According to the program, in this story ‘people are practicing Falun Dafa. This is a spiritual meditation discipline; also known as Falun Gong, whose practitioners are persecuted in China today.’ In the story, a Falun Dafa practitioner helps a police officer who had been trying to harm the practitioner.

“I thought it was a really interesting way to bring in some nice lessons, along with very impressive dancing,” she said.

Ms. Yembrick found the show to be unique and inspirational, and encouraged all aspiring dancers to experience the show.

“I have a lot of friends who are actually just starting to get into dance and I’d really recommend that they come and see this,” said Ms. Yembrick.