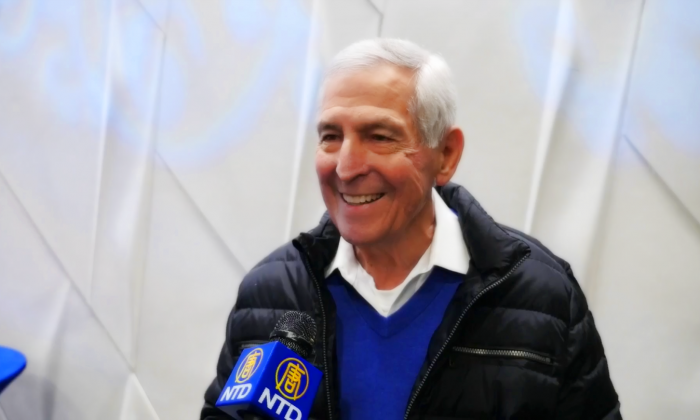 Henry Saavedra, a former House Representative, enjoyed Shen Yun at the Tobin Center for the Performing Arts in San Antonio, Texas, on Dec. 26, 2017.

Henry Saavedra, a former House Representative said, “It was one of the best I’ve seen, and I’ve seen a lot of them.”

David Strom, a company executive, brings his daughter to see the Shen Yun performance before Christmas every year.

“(This is the) first time we’ve seen anything quite to this magnitude. It’s an incredible show. The dance is probably the best we’ve ever seen, and we’ve seen a lot,” said Strom.

“I think it just fills me with a sense of wonder. I’m kind of taken back to the time that they’re portraying. So, it’s kind of neat. You actually feel like you’re in that time period and in that place. In fact, several times I’ve forgotten that there was even an orchestra in front of us. It’s just like I’m really there. The music’s fantastic. I’ve never heard a soprano sing with such boldness. I mean it was just incredible how it filled the whole theater and just resonated. Just incredibly beautiful!”

Janet Leavesley, a retired real estate agent said, “And the music! Oh, the music was just, made me…brought tears to my eyes. It was lovely. I had no idea what this was really all about, and you have to come and see it. Beautiful.”