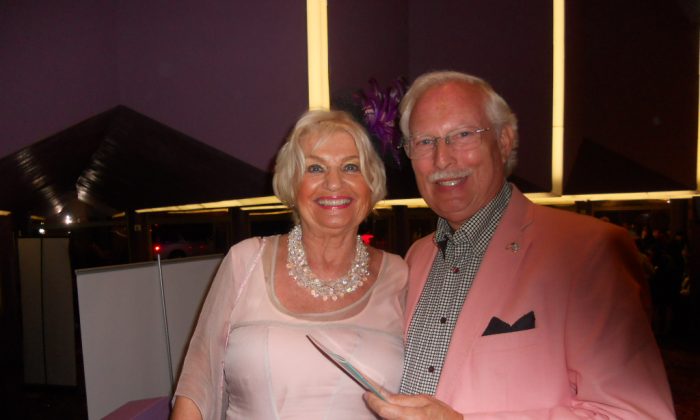 SARASOTA, Fla.—”You get a beautiful feeling when you hear wonderful music. You get goose bumps,” said Jay Berman when he experienced the Shen Yun Orchestra at the Van Wezel Performing Arts Hall Oct. 27.

Mr. Berman who owned a men’s clothing business in Virginia before retiring, attended the final performance of the Shen Yun Orchestra with Lydia Bohn who used to work in the airline industry before she retired.

According to the Shen Yun website, “Shen Yun’s mission is to revive the five millennia of China’s divinely inspired culture.

Accentuating the beauty of ancient Chinese instruments amidst the grandeur of a Western symphony, Shen Yun Symphony Orchestra is restoring the glorious heritage of ancient Chinese melodies, blazing a brand-new path in the world of classical music.”

Mr. Berman said, “I loved it, especially the brass, the trumpets, and all the brass. I was very familiar with “Buglers Holiday” because I use to play that in high school. But all of it is just wonderful. The violins, cellos, the bass. It was just magnificent.”

Ms. Bohn said, “I was very, very much enchanted by the whole thing.”

She added, “The instruments were beautiful and of course everything. It was absolutely wonderful. … This is very beautiful.

“I loved Dorma Turandot when he sang, … when he was singing vincero vincero … I loved that. Beautiful!”

They both said they would encourage others to experience “an excellent performance.”