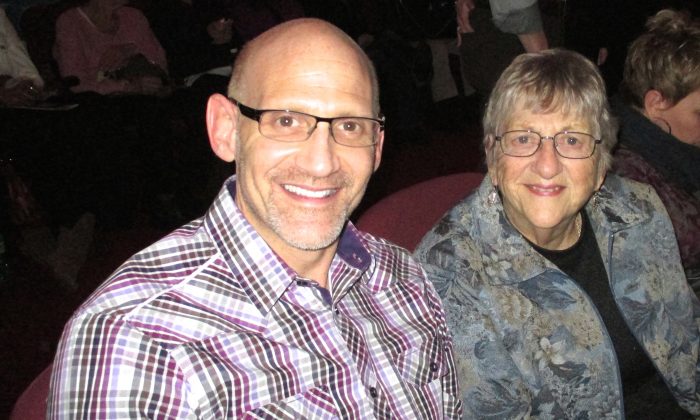 Time had flown by, the mother and son said during intermission at the Citi Wang Theatre, March 1, and they couldn’t wait to see the rest of the performance.

Mr. Kramer commented how the form was amazingly expressive, such that it told the stories clearly without words, showing the history of China. “It’s amazing,” Mr. Kramer said. “For something so light it really [is] very moving and it really does make you feel what they are feeling.”

Classical Chinese dance has been passed down through the dynasties, soaking up wisdom from every era, as Shen Yun’s website explains. The system of dance also includes difficult jumping, flipping, and tumbling techniques—which are the origin of sports like gymnastics and acrobatics.

“It’s moving, you can feel it inside,” Mr. Kramer said of the singers. “It’s just incredible.”

The performance was moving said Mr. Kramer, as it showed the range of emotions from struggles and challenges to lighthearted fables. “There was a connection for us,” he explained.

“The symmetry is absolutely fantastic, and the costumes are gorgeous,” Ms. Kramer said.

Ms. Kramer commented that she also felt badly for people in communist China today, where traditional Chinese culture is actively suppressed by the communist regime. “They don’t have the opportunity to see and react to something like this.”