A Fear of Regret Can Lock Us Into Bad Relationships, Jobs, and Habits
0 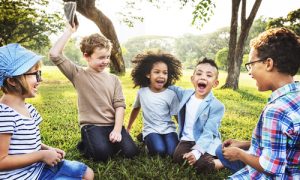 What Young Kids Know About Forgiveness
0 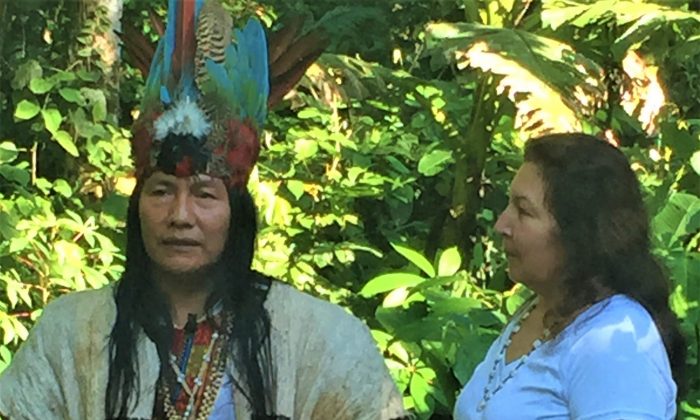 Beyond resentment, the power and freedom of forgiveness
By Conan Milner
Print

Everyone makes mistakes, but some deeds are so hideous that forgiveness seems impossible. How do you forgive greed, violence, and cruelty without compromising your values and self-worth?

The worse the offense, the more justified our hatred for our tormentors seems. But no matter how much pain and loss they cause us, we only add to our suffering by holding hatred for them. According to writer Anita Sanchez, unless we learn to forgive the unforgivable, we risk being paralyzed by our resentment.

In her new book “The Four Sacred Gifts: Indigenous Wisdom for Modern Times,” Sanchez examines what it means to forgive the unforgivable. The inspiration for the book came from a ceremony in 1995 involving more than two dozen elders from indigenous communities around the world. The elders called on four virtues to bring humanity together: healing, hope, unity, and forgiving the unforgivable.

Healing, hope, and unity are ideas everyone can grasp. But Sanchez says forgiving the unforgivable always triggers resistance, because it conjures painful memories that people can’t let go of.

“Most people’s first reaction is, ‘I don’t want to do that,'” Sanchez told The Epoch Times. “Whatever they’re holding on to comes up for them.”

It’s an impulse Sanchez knows intimately. In her teens, she remembers the emotional armor she wore to protect herself from getting hurt again after experiencing trauma. It worked, but inside she paid dearly for it.

“It began constraining my heart. It started to suffocate me,” she said. “It gave the illusion that I was safe, but in reality, it was killing me.”

Sanchez’s armor grew from experience. From the time she was 4 years old, her father sexually abused her. The incest continued until Sanchez was 13. It abruptly ended when her father was murdered at a bar.

In a case of mistaken identity, a white man saw her father’s dark-brown skin, mistook him for a black man he had fought with earlier that day, and shot him twice.

Throughout her teens, Sanchez mourned the loss of her father with the rest of her family, but kept his abuse a secret. She felt isolated and angry—at her father, at her mother for not protecting her, at her father’s killer, and at herself, because she believed she may have somehow contributed to her father’s death.

“When he was murdered, it was horrific. But in a 13-year-old girl’s mind, I thought, ‘Oh my gosh. I wished him to leave and even him dead sometimes, and then he was gone,”‘ she said.

Sanchez spent years working through the incest and murder, but something was still missing. She says the four virtues the indigenous elders talked about made things clear.

“I could see that I was still holding on to the pain and the hurt,” she said.

Forgiving the unforgivable is a familiar topic among many indigenous communities, because their history is often haunted by memories of genocide, forced sterilization programs, and other strategies of eradication and abuse.

Sanchez says that what keeps indigenous people and their traditions going is a strong sense of togetherness—with the earth and each other. Back when people relied on the natural world and their community for survival, they understood that a sense of connection was vital to well-being. Some cultures managed to keep this idea alive.

“The original knowledge is our connection to the earth,” Sanchez said.

The laws of nature haven’t changed, but the cultural shift away from these laws has been huge. According to Sanchez, the fundamental conflict of the modern world is a false assumption that we live separate, disconnected lives.

“If our mindset is still that we are separate, and we think of the earth and other people just as a resource to be used and thrown away without any concern but our comfort, that causes suffering,” she said.

There is also a great temptation to distance ourselves from the rest of the world if we’ve been victimized. When we’re hurt, separation ensures that we won’t get hurt again. Unfortunately, this leaves us with nothing and no one to turn to.

Over time, our bitterness and grievances can become part of our identity. Sanchez says the first step toward letting go of this illusion of separateness is to focus inward. Going inside allows us a moment to differentiate between our pain and our true selves.

“If we can quiet ourselves enough, that wisdom is going to come through,” she said.

The next step is reaching toward something larger. Look to whomever you can trust—family, friends, a therapist, or even nature—to realize that you’re not alone.

“I’m really grateful to nature,” Sanchez said. “Even when I was a little girl, it was the trees and the sunshine. I’d feel the sunshine and think, ‘I’ve got another day.”‘

The opposite of forgiveness—revenge—deepens our sense of separation. And considering the level of tension and hostility that exists in the world today, we couldn’t be any further apart.

But even if we restrain ourselves from retaliating, holding hatred still keeps us from connecting with the world around us. The anger is directed at our enemy, but we’re only hurting ourselves.

Forgiving is a process, and for major violations, it can be painfully slow. But avoiding common obstacles makes the journey a little smoother.

Sanchez says the old adage “forgive and forget” is where many people get stuck.

“Forgiveness doesn’t mean forgetting,” she said. “It means that you love yourself enough to take the energy that you use to punish yourself and use it to create what you want in the world.”

Psychologist David Stoop agrees. In his book “Forgiving the Unforgivable,” Stoop says that while the Bible talks of both forgiving and forgetting, humans are only expected to forgive. Forgetting is the domain of God.

“We need to forgive and remember, because you know the person has a problem and you need to protect yourself. God can forgive and forget, because there is nothing he needs to learn from the process,” he writes.

Ideally, our abusers wake up and mend their ways. But our happiness can’t hinge on whether they change. This is why, instead of forgetting, Stoop says the real aim of forgiveness is relinquishing resentment.

“The mark of forgiveness is that we no longer feel ill will toward the other person. We may not trust them anymore. We may not like them. But we don’t wish them harm,” he writes.

Casting the Net of Blame

In the drama of trauma, it can be hard to tell how far to cast the blame. When we’ve been violated, our sense of trust can break beyond our relationship with the individual perpetrator and spread to an entire race, nationality, or gender.

Sanchez learned this lesson soon after her father was murdered, when the wife of his killer came to the Sanchez home with her young son. The woman apologized, saying that her husband had killed their father because he thought he was black, and began spouting racial slurs about black people.

Soon after, the Sanchez family were shocked to find that the local paper featured a picture of her father’s bleeding body sprawled on the floor. Her mother was disgusted at the lack of respect.

Sanchez remembers her mother gathering all six children (then aged 9 to 19), and showing them the picture. “This is the racism. These are the things we need to stop. But don’t forget that not every white person killed your father,” Sanchez recalled her saying. “You kids need to understand that a white man killed your father, not the white race.”

Sanchez is thankful her mom made that distinction, because it provided a moment of clarity within an experience already so traumatic and confusing. Without that explanation, her heart could have closed even more.

“What we need to do is change systems, not add more violence and hatred. That’s where I think forgiveness is really important,” she said.