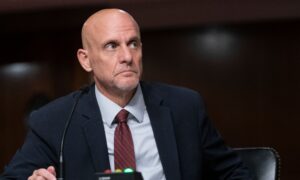 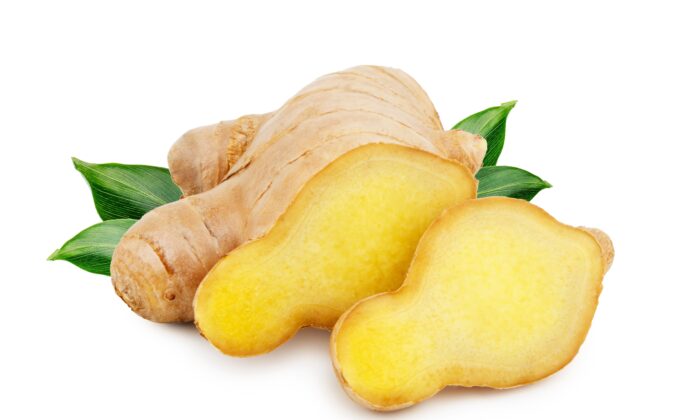 One consequence of allergies is brain fog caused by the way allergyinduced inflammation affects the brain. (Tetiana Rostopira/Shutterstock)
Mind & Body

Inflammation triggered by allergies can be unpleasant, but there are pleasant ways to relax it
By Joseph Mercola
biggersmaller
Print

As the weather warms and trees and grasses bloom, the challenges of seasonal allergies rise. The condition is called allergic rhinitis or hay fever and affects 19.2 million U.S. adults and 5.2 million children. Many doctors lean heavily on prescription drugs to alleviate symptoms.

If you suffer from allergies, it’s important to understand what is happening inside you. Once you do, you can see why it’s a good idea to eat foods that trigger metabolic and immune actions that can reduce your dependence on medication.

To give an example, consider one of the less acknowledged symptoms. You’re likely familiar with the common symptoms of sneezing, stuffy or runny nose, watery and itchy eyes. However, a sizable number of people with allergies also experience noticeable brain fog.

This is because the inflammatory response triggered by an allergic reaction can affect your brain. It can interfere with sleep and cause stuffiness in your middle ear. This inflammation can lead to feelings of dizziness or brain fog. Data also suggests that allergies have a significant effect on cognitive function.

For example, research has found that allergy-linked inflammation may impede learning in school-age children, cause disturbed cognitive function in areas requiring sustained attention, affect short- and long-term memory and information processing, and may cause significant fatigue and mood changes.

One study found evidence to support a close relationship between an allergic response, inflammatory cytokines, and sleep as potential mediators. There are several natural options available for people who experience seasonal allergic reactions. The following five foods are among those that help reduce the symptoms and inflammation associated with allergies.

Ginger has a long history of medicinal use, including as a natural remedy for digestive and respiratory conditions. High levels of anti-inflammatory phytochemicals may have contributed to the positive effects ginger had in an animal study to suppress proinflammatory cytokines and mast cell activation, which reduces the symptoms of allergic rhinitis.

Another lab and human study demonstrated that a special variety of Japanese green tea (Benifuuki green tea) and ginger extract had a significant effect on suppressing cytokines and delayed-type allergies that come on one to three days after exposure. Eleven weeks after starting the study, those taking Benifuuki tea had a reduced incidence of itchy eyes, runny nose, and throat pain.

The results suggested a consecutive month of drinking green tea with ginger extract could reduce the symptoms of seasonal rhinitis without affecting the normal immune response. Ginger holds several other benefits, including protecting against DNA damage after exposure to free radicals. In one landmark study published in the Journal of the American College of Nutrition in 2012, ginger demonstrated the ability to reduce several inflammatory markers.

Of course, ginger has other studied therapeutic effects unrelated to allergies as well. The most common use for ginger is in alleviating symptoms of nausea and vomiting. One study from the University of Miami showed that ginger has the potential to replace nonsteroidal anti-inflammatory drugs in patients with knee osteoarthritis. It was also as effective as pain medication in helping women with primary dysmenorrhea (menstrual cramps) and was effective against exercise-induced muscle pain.

The honeybee produces valuable natural foods that some have called “superfoods.” These include royal jelly, propolis, and bee pollen. Bee pollen is the pollen honeybees collect from plants and bring back to the hive.

Analysis has shown bee pollen contains eight of the nine essential amino acids and these may be up to seven times higher than found in an equal weight of other high protein foods. Bee pollen is also high in bioflavonoids, vitamin B complex, and vitamins A, C, D, E, and K. It has traditionally been used for increasing energy, including by some Olympic athletes.

Analysis of the compounds found in bee pollen reveals they have anti-inflammatory, antimicrobial, and antifungal properties in the body and free radical scavenging potential. Bee pollen mediates wound healing, has anti-cancer properties, and can stimulate the immune system. Further evaluation shows it can inhibit the mast cell activation that triggers seasonal allergic reactions.

Bee pollen can also be used to help desensitize your body to your seasonal allergies. For maximum effectiveness, begin taking bee pollen each day at least six weeks before you commonly begin showing allergy symptoms. Continue taking it throughout the season. The bee pollen helps to stimulate the production of antibodies, which in turn helps eliminate your allergic reaction.

Vitamin C is also known as ascorbic acid. When you think of foods high in vitamin C you might first think of citrus fruits like oranges and grapefruit. However, other good sources include bell peppers, strawberries, broccoli, Brussels sprouts, and black currants.

Vitamin C is a water-soluble vitamin that’s an essential cofactor in several enzymatic reactions and has been linked with a lowered risk of high blood pressure, stroke, and coronary heart disease. Further evidence suggests it may be an adjunctive therapy to reduce heart injury after heart attack or a cardiac procedure.

You may be familiar with studies that show that regular use can modestly shorten how long you have the common cold. But did you know that vitamin C may also help reduce your symptoms of seasonal allergies?

One study published in 2018 used intravenous vitamin C on patients with allergy-related respiratory symptoms. Over 50 percent of the study participants only used vitamin C. The researchers found that the observations suggested that “intravenous high dose vitamin C reduces allergy-related symptoms.” Vitamin C is a natural antihistamine and antioxidant. Histamine is one of the inflammatory mediators that trigger symptoms common in a seasonal allergic response. Some people find relief from their allergic symptoms when taking over-the-counter antihistamine drugs.

Turmeric, which is from the ginger family, is a common spice that’s also used in traditional medicine. Historically, it was used in Ayurvedic medicine and traditional Chinese medicine. The main active ingredient in turmeric is curcumin, which gives this rootstalk its yellow color.

Curcumin has anti-inflammatory, antiseptic, antitumor, and antioxidant properties. When used in an animal model, curcumin inhibited the release of histamine from mast cells and demonstrated a “marked inhibition of allergic response in animals treated with curcumin, suggesting a major role for curcumin in reducing the allergic response,” according to the study published in Molecular Nutrition and Food Research.

A more recent human study published in Annals of Allergy, Asthma & Immunology engaged 241 patients with symptoms of allergic rhinitis (AR) to test the efficacy of curcumin. The researchers measured nasal airflow resistance and found curcumin alleviated nasal congestion, sneezing and rhinorrhea. Past laboratory study suggested curcumin may have a significant effect on symptoms of seasonal allergies.

Researchers from this human study concluded, “This pilot study provides the first evidence of the capability of curcumin of improving nasal airflow and modulating immune response in patients with AR.”

Wild-caught Alaskan salmon is high in omega-3 fatty acids. There are three identified forms of omega-3 fats: alpha-linolenic acid (ALA), eicosapentaenoic acid (EPA), and docosahexaenoic acid (DHA). ALA is found mostly in plants, while DHA and EPA are found in fatty fish and seafood.

Your body typically converts ALA to DHA at levels not nearly enough for brain and heart health. Some studies have found the conversion rate is less than 0.5 percent. In other words, to get enough EPA and DHA to have an anti-inflammatory effect on diseases such as asthma and allergies, you need to eat foods rich in EPA and DHA.

Studies have also suggested a higher intake of omega-6 fatty acids is linked to an increased incidence of seasonal allergic responses. Omega-6 fats can be found in processed seed or “vegetable” oils such as safflower, corn, soy, and sesame oils. In other words, most—if not all—processed foods.

There is also an association between taking omega-3 fats during pregnancy and a reduced incidence of seasonal allergies in infants and children, suggesting there is a protective association. A cross sectional, population-based study of 568 adults showed that those with a higher omega-3 index had a decreased risk of allergic rhinitis.

Interestingly, they also found those with a higher dietary intake of ALA experienced some of the same reductions. A more recent study analyzed the association between the Mediterranean diet, high in omega-3 fatty acids, and chronic inflammatory diseases such as seasonal allergies.

They postulate that the solubility and uptake of certain phytochemicals may improve when consumed with omega-3 rich foods. This may explain the mechanism of action behind omega-3 fats’ and fat-soluble micronutrients’ role in the development of allergic inflammation.

Seasonal allergies affect several body systems, so using a multifaceted approach increases the potential that you’ll reduce symptoms and reactions. As with most health conditions that affect your immune system, it’s crucial to start with a healthy gut.

Allergic reactions begin in the immune system when a relatively harmless protein triggers an overreaction, producing antibodies to attack the allergen. Your diet and gut health play crucial roles in optimizing your immune function.

Of course, a strategy that helps reduce symptoms is to reduce your exposure to the triggers. There are several ways to help, including limiting outdoor activities to times when pollen counts are lowest. This is usually in the late afternoon, since on an average day pollen counts peak beginning midmorning. Limit outdoor time when the weather is warm, dry, and windy, as pollen counts may be higher.

Wear gloves while gardening and avoid touching your eyes. When you’re finished outdoors, take a shower and wash your clothes. Vacuum your home, including the furniture, regularly. Ideally, you’ll want to use a HEPA filter vacuum cleaner, leave your shoes at the door to avoid bringing pollen into your home, and use a HEPA air filter to reduce your exposure to allergens.

Nature has also provided several compounds that help offer relief from allergic rhinitis and seasonal allergies by supporting your immune system and blocking allergic symptoms, many of which are triggered from the histamine release.