Filmmaking Duo Impressed by the Message of Shen Yun 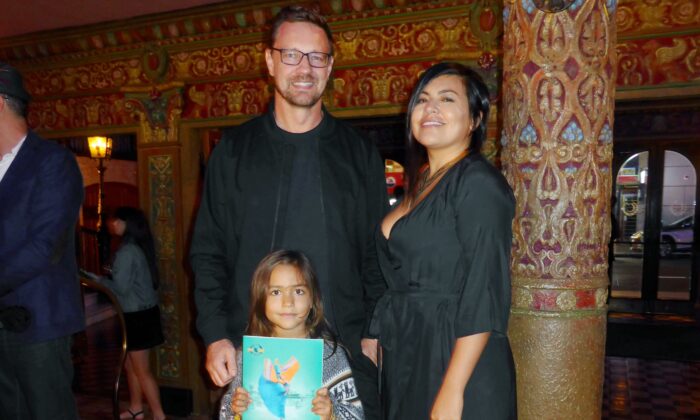 SYDNEY—Husband and wife filmmaking duo Daniel Fallshaw and Violeta Ayala, who attended Shen Yun Performing Arts in Sydney on March 7, 2020, said the performance at the Capitol Theatre was “absolutely fantastic.”

“We came with our little daughter. She’s 5,” Ayala told The Epoch Times.

The Walkley Award-winning artist, who had just returned with her family from the Sundance Film Festival in Toronto, said the message of New York-based Shen Yun had impressed her.

“I think it’s brave that we today use art and beauty to tell these stories that matter so much to all of us,” Ayala remarked. She pointed out one piece that depicted the story of thousands of ordinary Chinese who suffer persecution at the hands of the Chinese communist regime for their belief in the spiritual practice of Falun Gong, which teaches truthfulness, compassion, and tolerance.

“I really love how it was so broad,” she said. “It’s wonderful.”

Another award-winning artist, Fallshaw said he liked how he was able to learn more about Chinese culture through the performance.

“The choreography is amazing. The technical level of the dancers is wonderful, they’re really fantastic,” he said.

“I do graphic design. Honestly, the amount of color that was in the show was just so overwhelming for me,” he told NTD Television. “It was just beautiful, absolutely stunning.”

Stanley said for those still thinking about buying tickets, they have to come see it for themselves.

“It’s so hard for me to explain the beauty, the passion behind the dancers.

With reporting by Mary Yuan, NTD Television and Melanie Sun.