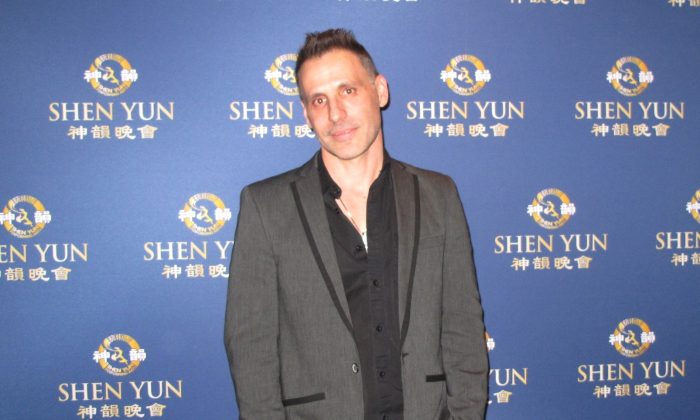 HOLLYWOOD —”I’m always fascinated by the Eastern culture, and I wish we had more of it here,” said film producer Dean Altit, while watching Shen Yun Performing Arts World Company Jan. 22 at the world famous Dolby Theatre, home to the Oscars and located along the Hollywood Walk of Fame.

Mr. Altit said that a performance like Shen Yun is important.

“It’s amazing,” he said. “I think the people don’t really get to see all the richness that the Asian culture has to offer.”

Shen Yun is a New York-based, non-profit, classical Chinese dance and music company that strives to revive traditional Chinese culture, which has been desecrated for decades by the Chinese Communist Party.

Composed of approximately 20 vignettes, the production takes audiences on a breathtaking journey through 5,000 of years of Chinese civilization where myths and legends unfold before the eyes, “mortals and divine beings merge on stage as one,” and “principles such as benevolence and justice, propriety and wisdom, respect for the heavens, and divine retribution, all come to life, washing over the audience,” according to Shen Yun’s website.

Mr. Altit noted the distinctiveness of the entire production.

In each vignette, the costumes are different, and their colors complement each digital backdrop image, which provides a setting and context for each story.

It’s not only a feast for the eyes, however; it’s the same for the ears. A full, live orchestra combining both traditional Eastern and classical Western instruments creates a unique sound that accentuates the expression of each piece.

“I think that the dancers are extremely disciplined. They are synchronized. And they are just sublime to watch,” Mr. Altit said. “Not to mention the costumes. The costumes are very colorful. It’s very impressive.”

He added, “When you get to see those dancers on stage, you just see that, you know, they enjoy what they do, and we enjoy seeing that.”

Referring to a particular vignette that emphasized how the power of compassion can withstand persecution, Mr. Altit was inspired by the spirituality of traditional Chinese culture.

“I think that’s very inspiring. It’s very positive,” he said. “It does allow you to think ‘wait a minute, I can actually take those walls down, and help one another and support one another.'”