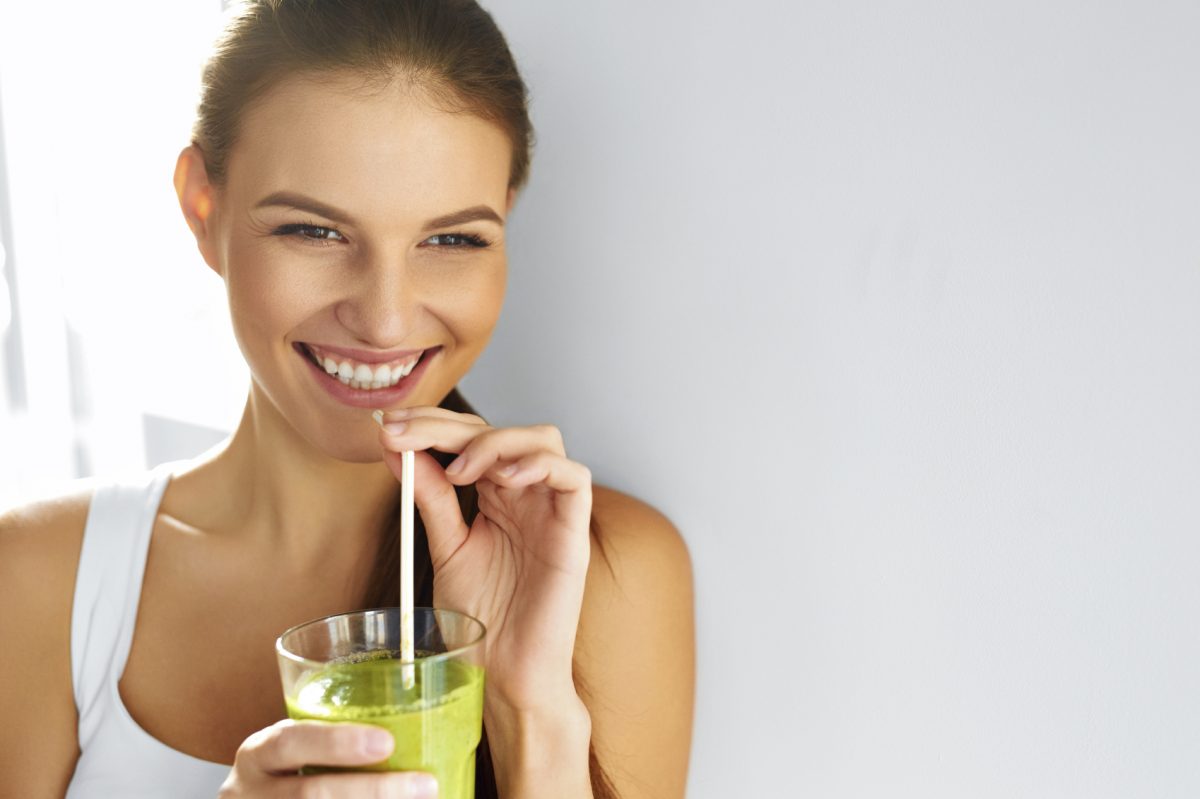 BY Bel Marra Health TIMEJuly 5, 2018 PRINT
Fibromyalgia is a condition that impacts at least five million Americans. While there are some medical treatments, many people who have been diagnosed with fibromyalgia are turning to alternatives such as a fibromyalgia diet.

Fibromyalgia is a chronic condition that causes, fatigue, pain, and tender points in various regions of the body as well as mental fog. It can be difficult to treat because there are still so many questions about the root cause. There are a few medications that seem to address the symptoms of fibromyalgia, but there are situations where pharmaceuticals do little to ease the sufferer’s discomfort. When this happens, it makes sense to turn to alternatives, including a fibromyalgia diet.

Some research suggests that over 40 percent of fibro patient’s symptoms get worse when they consume certain foods. There is also some evidence that indicates simple adjustments to diet can ease fibromyalgia pain.

Foods to Eat for Fibromyalgia

Years ago, fibromyalgia was thought to be a mental disorder, but in 1981, the first scientific study confirmed that symptoms could be found in the human body. Ten years later, the American College of Rheumatology wrote guidelines to help diagnose fibromyalgia and we have come a long way since then. We can now treat fibromyalgia with diet.

Here’s a look at fibromyalgia and diet, starting with foods to eat for the condition.

Conditions such as irritable bowel syndrome (IBS), obesity, and autoimmune disorders are common among people who are diagnosed with fibromyalgia. Usually, low calorie, high fiber foods that are rich in antioxidants and phytochemicals are helpful to these individuals. It has been stated by many doctors that natural foods should be a part any diet for fibromyalgia.

This good fat, which can be found in cold-water fish and walnuts, contains anti-inflammatory properties, making it a good part of a fibromyalgia diet plan.

Since fatigue is part of fibromyalgia, reducing carbohydrates and increasing protein can help keep blood glucose from fluctuating, leading to more fatigue. The Mediterranean diet is known to help people avoid sugar rushes.

A healthy breakfast that includes some protein and whole grains is advisable when you have fibro. A boiled egg and some oatmeal provide the right kind of energy to get your day going.

They are packed with vitamin C, which has anti-inflammatory properties. Honey and cinnamon have the same anti-inflammatory action, so having some orange slices drizzled with a tablespoon of honey and a sprinkle of cinnamon is a good option to include on a fibromyalgia diet food list.

Avocado contains healthy fat that can be good for those with fibromyalgia. Vitamin E can help with muscle pain, but avocados also contain vitamin B, C, and K, as well as minerals such as manganese and iron. Eating antioxidant-rich foods like berries with avocados, perhaps in a smoothie, is a good idea.

Also a good option for the fibromyalgia diet, lemon juice has vitamins and minerals to help with inflammation and pain reduction. Chia seeds contain protein, fiber, omega-3 fatty acids, and minerals, making them one of the most nutritious foods you can consume.

This fruit is nutritious and easy to digest. When combined with almonds, it gives you a nutrient-packed meal.

Filled with vitamins and fiber, they can give you a much-needed energy boost. When fatigue is a big issue, you can also turn to tofu and dark leafy greens for energy.

Spinach, broccoli, and onions not only help keep glucose levels stable, but they are full of vitamins and fiber. Brussel sprouts and cabbage are also good to include in a fibro diet.

Rich in omega-3’s and is known to reduce fibro-related inflammation and pain. Salmon has also been linked to stronger mental energy.

Lean chicken, beans, and nuts such as almonds and cashews are said to be good for those who are looking to ease fibromyalgia symptoms.

While an anti-inflammatory diet isn’t all about weight-loss, it does help people maintain a healthy weight, which we have mentioned can be of benefit to anyone who is suffering from fibromyalgia.

Foods to Avoid for Fibromyalgia

While every fibromyalgia patient is different, there are some common foods to avoid if you suffer from the chronic condition.

While fibromyalgia sufferers might want an energy boost, using caffeine to get it isn’t such a good idea. Caffeine can keep some people awake at night and there are studies that link a lack of sleep to fibromyalgia.

Too much sugar can lead to weight gain and leave fibro sufferers feeling even more pain. Preservatives and flavor enhancers found in a lot of processed foods, like MSG and sodium nitrite, can aggravate pain and swelling. Avoid prepackaged foods and fast foods.

Many people with fibromyalgia feel bloated and uncomfortable after consuming dairy. Some people who don’t have fibromyalgia can experience this as well. Dairy alternatives such as soy milk are available in most food markets today.

Sometimes Celiac disease (intolerance to gluten) overlaps with fibromyalgia. You can substitute with gluten-free alternatives, including pasta and bread.

Cookies, pastries, white rice, and white bread can cause sugar levels to spike and then drop suddenly. These fluctuations make fatigue and pain worse for those who have fibromyalgia.

Vegetable oils have inflammatory effects, especially when used to fry food. Some research has linked consumption of fried foods to worse fibromyalgia symptoms. There are a lot of unhealthy fats in processed foods like doughnuts, crackers, and pizza.

Some people find that alcohol causes their symptoms to flare up. Additionally, some fibromyalgia medications do not interact well with alcohol.

There are many different plants that fall under the category of “nightshades” but here are a few: tomatoes, chili and bell peppers, potatoes, and eggplant. They are known to trigger symptoms of arthritis and fibromyalgia.

Following a specific diet can be difficult due to our fast-paced lifestyle, so here is a sample fibromyalgia diet plan to get you started.

You can have some fruit, along with some eggs or oatmeal. Another option would be to make yourself an omelet with spinach in it. Enjoy your breakfast with a big glass of juice or consider a fruit smoothie to help boost energy.

Try some tuna, herring, salmon, or lean chicken with broccoli or a green leafy salad. If you are a sandwich person, go for whole wheat bread over white and consider adding a slice of avocado instead of tomato. This type of lunch has been known to help lessen stiffness and pain in fibromyalgia sufferers.

Almonds and cashews, or fresh fruits, including apple slices, are a good snack. If you want to wash your snack down, instead of a sugary or caffeinated drink, opt for water or an orange juice with no sugar added.

This could be a lean piece of chicken, beans, and dark leafy greens such as kale, spinach, or lettuce. Dinner combinations like this can help prevent pain due to inflammation from getting worse.

Other Diet Tips for Fibromyalgia Patients

There are a number of studies that have demonstrated eating a vegetarian or vegan diet, which is high in antioxidants, can help relieve symptoms of fibromyalgia in some individuals.

While these diets may be too restrictive for your liking, you can still eat a healthy diet and keep your weight under control, which can go a long way in easing pain. A study in the journal Clinical Rheumatology indicated that those with fibromyalgia who are obese experienced a better quality of life when they lost weight. As it turns out, they had less pain, fewer tender points, slept better, and had less depression.

Some people benefit from an elimination diet. This is when you stop eating a certain food for six to eight weeks and then try adding it back into the diet to see how you feel. Most people with fibromyalgia try eliminating dairy, caffeine, or gluten when starting the elimination process.

One other diet tip for fibromyalgia patients is to drink a lot of water. Water is essential for all of us but can be particularly important for people who have fibro because low energy levels are often associated with dehydration.

Living with fibromyalgia is about making adjustments. This means work adjustments, household adjustments, and it can mean diet changes too. When people with fibro take an active role in helping manage their condition, including carefully planning their diet, they have a better chance at feeling in control of their body and of having a better quality of life.

This article was originally published at Bel Marra Health.