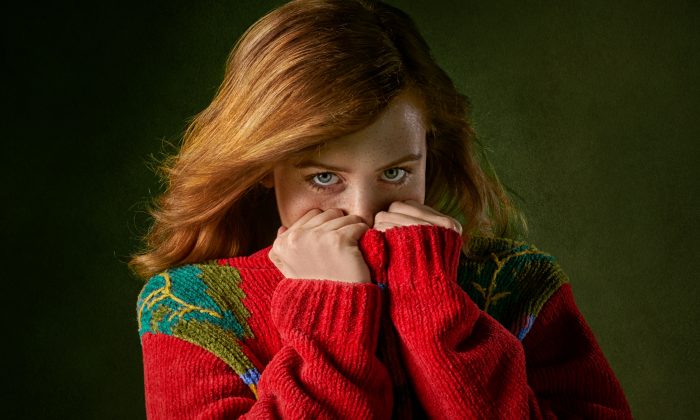 Imposter syndrome seems to afflict people of any background with little in common except that they are high achievers. (JJ Jordan/Unsplash)
Mind & Body

Since he was 6 years old, Greg Pignataro had a passion for soccer. He grew up with dreams of going pro or at least earning a college scholarship.

At a soccer camp during his senior year of high school, he began to see his dream come true. He caught the eye of university coaches who offered him a scholarship and a spot on the team.

Pignataro was overjoyed. But after a few weeks among top-tier athletes, serious doubts started to creep in.

“I was playing against people playing at a higher level than I had before, so there were definitely days where I felt I was the worst player on this team,” Pignataro said. “I thought, ‘I don’t deserve to be here. How soon until they figure me out?’”

Then he had another thought: The guys who got injured were lucky because they didn’t have to come to practice. As luck would have it, the very next practice, he tore the arch of his left foot in a non-contact incident. He was out for six weeks.

Because he was a freshman, coaches granted Pignataro another chance to prove himself the next season. Once again, he earned a spot on the team. But he hardly played once he got there. He was haunted by the specter of self-doubt.

“I think I had solidified the perception of the coaches and teammates’ minds that I wasn’t good enough to be there,” he said. “I spent the longest time wondering what was wrong with me.”

This thought pattern was first discovered in the 1970s as researchers were studying high-achieving women. These subjects worked hard to get where they were, yet for some reason felt like they didn’t deserve to be there. They reported living in constant fear of exposing the incompetence they’d somehow managed to hide from the people who hired them.

Dr. Jennifer Hunt has known many who fit this profile. Hunt is chair of pathology at the University of Arkansas for Medical Sciences, but she began studying imposter syndrome through her side gig: leadership development for women in health care. When she discovered how many of her colleagues suffered from this affliction, she created a program to help them overcome it.

“I designed it specifically for women physicians, but the tools are probably applicable to almost any group of people,” Hunt said.

Initially, researchers believed that imposter syndrome was something that only impacted women. But recent findings show that men may suffer from it even more. The defining factor, however, has nothing to do with whether you’re male or female. In fact, there may only be one variable that binds these cases together.

“These women come from all walks of life, all kinds of childhoods. I don’t see any themes,” Hunt said. “But the one thing I see over and over again is that they are high-achieving people.”

People with imposter syndrome strive for excellence, but in their minds, they always fall far short of their goal. It’s this dynamic of high standards combined with crushing self-defeat that makes this problem so painful. Friends, family, and co-workers are often impressed by the person’s skill and drive, but the person doesn’t value themselves as the world does. Their inner world doesn’t match their outer world, and yet the source of this discrepancy remains elusive.

“Whose standards are you trying to live up to?” Hunt asks the doctors she coaches. “It’s really interesting to see people’s eyes open when they realize that it’s actually nobody’s standard—nobody is telling them that they ought to be living up to this.”

So how does such a warped view of oneself take root? According to John Graden, author of “The Impostor Syndrome: How to Replace Self Doubt with Self Confidence and Train Your Brain for Success,” people get stuck seeing themselves at a certain age or incident.

“Parental insults and bullying can freeze your self-image and self-talk at that age until you do some research and uncover this,” he said.

For Graden, his self-image was shaped by a violent and unpredictable father. As a result, he was a painfully shy kid who always did his best to blend into the background.

Kung fu movies brought him out of his shell. Graden was motivated to learn the martial arts moves he saw on screen because it made him feel much less vulnerable. He trained intensely to get his black belt. And within just a few years, he became a well-respected karate instructor with his own local television show.

But despite his accomplishments, Graden said his hard-earned success still felt false. Eventually, someone would find him out and take it all away.

Graden believed he was the only person to suffer this inner conflict until he saw actor Paul Newman in a television interview confessing to a similar worry: One day someone was going to come out of nowhere, grab him by the elbow, and tell him, “It’s over, Newman. It’s all been a mistake.”

As Graden came to better understand imposter syndrome, he found that many celebrities share the same feeling of fraudulence. And the more successful they get, the more conflicted they feel.

“People who are super ambitious become A-list movie and television stars. They work so hard. They get there, and then they sabotage it with drugs and alcohol because there’s a lack of congruency there. There’s a lack of internal belief that they belong here,” Graden said.

Hunt believes that people cling to self-doubt because at one point in their lives it served a purpose.

At its best, self-doubt is a protective mechanism that can keep you alert and help you avoid dangerous situations. However, you lose clarity when self-doubt becomes your default response. You can set yourself up for failure, and your best never has a chance to shine through.

Thankfully, imposter syndrome isn’t a disease, but a frame of mind. So Hunt recommends tools to change perception.

“It’s like putting on a pair of glasses, and seeing the world from a different frame of mind,” she said.

People with imposter syndrome are humble to a fault, yet they often fear they might come off as the polar opposite: arrogant. But Hunt says it shouldn’t be a concern. These people don’t vacillate from one extreme to the other. In fact, they have to work really hard just to reach an appropriate level of self-confidence.

“I want to rename imposter syndrome as self-depreciation syndrome. We depreciate ourselves just like investments,” Hunt said. “The opposite is self-deception syndrome, where we are deceiving ourselves about how valuable we are. In the middle is self-appreciation.”

Both Graden and Hunt say one of the major hurdles in addressing imposter syndrome is learning how to take a compliment. It seems like a small thing, but it can be extremely difficult to reply with a simple “Thank you” when you habitually devalue yourself. You can’t help but lace it with an excuse. “Thank you, I had a lot of help,” or “Thanks, but I should have done better.”

“There’s a difference between being humble and not allowing yourself to enjoy the fruits of your labor,” Graden said. “Saying ‘thank you’ doesn’t mean that you’re cocky. You’re recognizing someone’s compliment, and showing your appreciation for it.”

Another common theme with imposter syndrome is difficulty accepting criticism. For people who suffer from a harsh inner critic, any external judgment gets amplified.

“I see it all time in the groups that I coach,” said Hunt. “It doesn’t matter if 98 percent of the feedback is positive. If two percent is even remotely negative, or even imaged negative, then that’s what you remember.”

One of the tools Hunt employs in getting people to take criticism without turning it into a personal attack is to look at the experience for what it is, not what they imagine it to be.

“If my original thought is ‘My boss hates me,’ decide if it’s really true,” she said. “Force the argument with your inner critic into defending the truth of that statement. It never can.”

Graden tames his inner critic by getting control over his internal talk. When that inner voice keeps dwelling in negativity, turn the message around.

“You have to work very hard to not let the past define you,” Graden said. “I’ve learned that when I start to go down that road, I cancel that line of thinking and start thinking, ‘What’s next? What’s the most positive thing I can do? How can I build my business? How can I get in better shape? How can I help the community?’ Anything to stop from dwelling on the past.”

Part of the pain of imposter syndrome is that it can feel so isolating. Just knowing that there are others who suffer the same strange cognitive disconnect can help. Almost everyone in Hunt’s coaching group says the best part is hearing that other people share this problem.

“One person said it so well: ‘I looked around and saw all these amazing women who thought they were imposters. If they could be wrong, maybe I could be wrong, too,”’ Hunt said.

Even if self-doubt is your gut reaction, with enough awareness and practice at recognizing your self-worth, you can keep it from controlling your life.

Today, Pignataro works full time as a personal trainer, and a strength and conditioning coach. It’s a job he’s passionate about, but making it work meant confronting the doubts in his head: “Do I know enough? Am I good enough?”

But Pignataro has become familiar enough with the imposter dynamic to keep his self-defeating thoughts in check.

“Through all the people I’ve trained and worked with professionally, all the certifications I’ve received, all the reading I’ve done, and all the experience I have, I was able to determine, ‘Yes, I am good enough and I can make a difference for these people,’” he said.